Platform, device version and operating system:
Windows 10, run as a VM in Parallels on Mac. 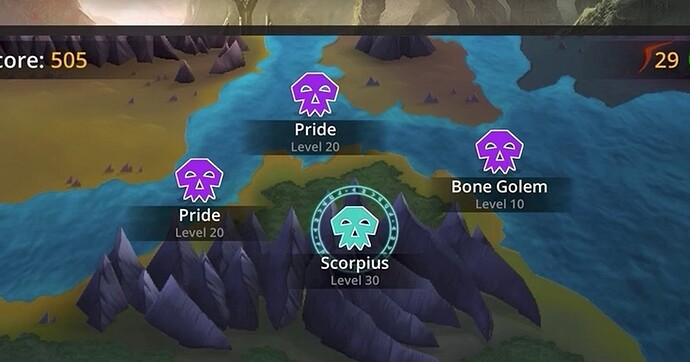 What you were expecting to happen, and what actually happened:
I finished a world event fight, which brought me to the event map, and the battle icons were bouncing around having a fun party. The bouncing started slowing down and eventually stopped. If I left the event screen to the world map, then back to the guild event map, the battle icons bounced again, eventually slowing to a stop again.

How often does this happen? When did it begin happening?
I noticed the bouncing a couple times. When I switched to my Android phone, I never saw the bouncing again.

Conversely, happens to me on Android. Constantly.