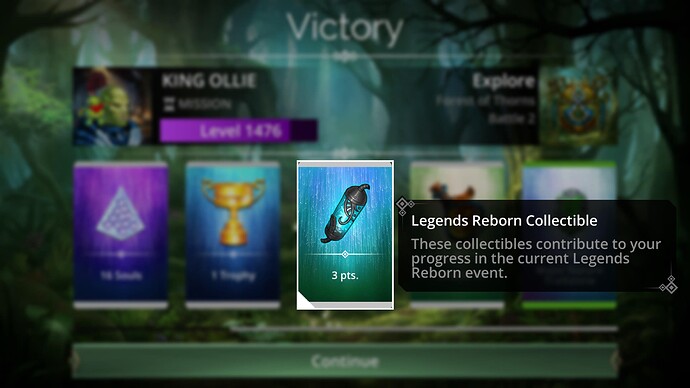 What you were expecting to happen, and what actually happened:
Was expecting to earn Forest Herb Collectables as detailed in the Legends Reborn event 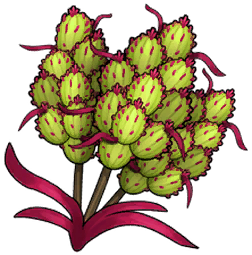 Instead earning forest herbs and these lantern/eggplant looking collectables too 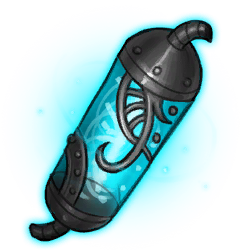 . The help text when clicking on them says they are legends reborn items.

Extra info from Player Eldor:
I got those different collectibles for a handful of battles after a lockup. When I exited the explore screen to have a nose what they were they went back to normal herb things, but they were counting towards rewards.

How often does this happen? When did it begin happening?
Since starting legends reborn, possibly linked to the softlocks happening.

Steps to make it happen again
Seems inconsistent, some getting it in Explore, some in pvp.

For devs:
I’ve dm’d with @Jeto about King Ollie, Cava and Wisp (invite codes supplied in dms with Jeto) but adding this bug report so others can add their experience of this bug on one single thread 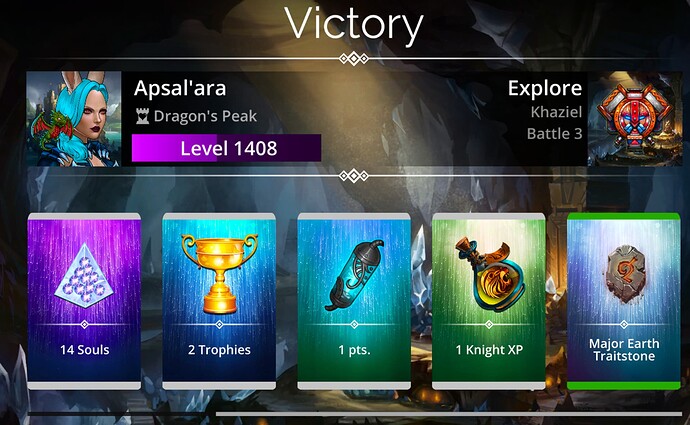 I had this during a pet rescue on Android; no snotstoneson green troops, weird collectible display after battles.
Other game modes I’ve played work fine thus far and I have not experienced any softlocks.

Additional info - when I exited to map to check number of items in event, the Legends Reborn icon was not appearing next to Forest of Thorns and clicking on the kingdom did not bring up the new Legends reborn menu. Exited back to map and a couple of seconds later the Icon appeared. Click back in and the menu was back - and battle rewards start appearing correctly again.

Playing on an Android Phone.
In 5 or 6 Pet Rescue battles I got 1 or 2 of those from each battle, instead of the Forest Herbs

As @Garrisundal says - it seems related to Legends Reborn icon not appearing next to Forest of Thorns.

I had a notification about a new pet rescue, quickly logged in, went to battle and it was messed up; went to map, looked at Forest of Thorns - no icon. After a few seconds the icon appeared and everyhing was displayed correctly in the remainder of the rescue.
Then I shut down and restarted the app, quick glance at the map - no icon. Started a PvP game right away - mesed up display. Later the icon reappeared and everything was displayrd normally again.

I’ve done some testing, the issue seems to be related to this marker: 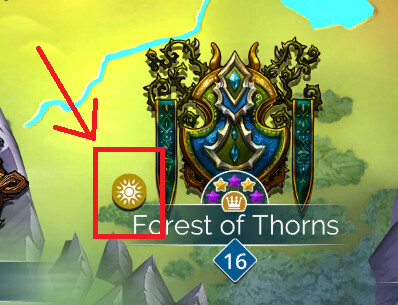 Wondering if that missing marker/wrong collectible collected is also the trigger for the end-of-battle softlock?

I have no issue with ios so far, it is annoying to use steam though.

Not to mention that the collectible counter does not reset after every tier (a strange behavior for a 13-day event).

Right now, 300 collectibles are needed in order to unlock all tiers. If the counter reset, that number would be 800.

had the soft-lock also, definitely the issue;

This one looks to be a visual issue! If you have received this ‘vial’ instead we have confirmed it is still counting towards your Legends Reborn Event score/points.
In some cases, the image has changed to the intended Forest Herb after exiting and returning.

The team has got a fix for this that requires a client update, so it will be pushed in the next update, but it is still counting towards unlocking your rewards.