[Reported] The player's turn goes to the opponent

Screenshot or image:
I would like to attach a video on which it will be more visible, but here it is impossible… 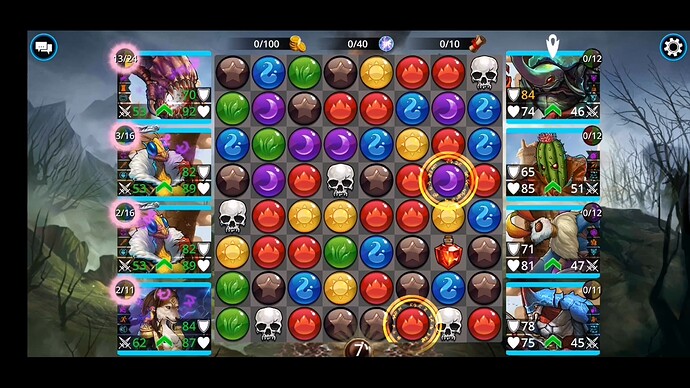 How often does this happen? When did it begin happening?
This bug happens when using a Potion of Explosion. Sometimes the move remains with the player, but more often it goes to the opponent.

Same thing here. However, it happens no matter what kind of match. It even shows how the AI wants to make the first move, but as it’s making it’s move, it gets stopped at times.

Also, I’ve had a couple instances where the AI made 2 first moves at the same time.

I’ve recorded several videos so far of this happening. I’ll upload it to my one drive and share the link here soon.

Yaaaaawn. Don’t expect this to get fixed anytime soon because….incompetence of the devs? More important to nerf gnome-a-Palooza !

It’ld be better if devs made a rollback when they got failed in the last gnome-event. And nothing would have to be fixed now

This just happened to me on the XBox platform. 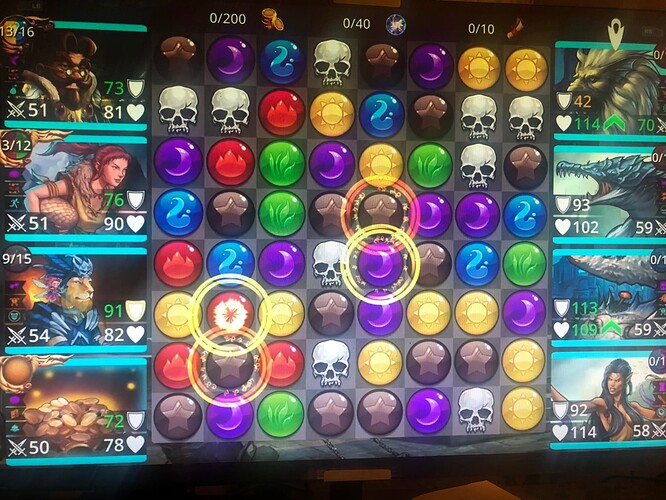 The AI went first and also did a 2x3 gem match in the same turn to start the battle. The battle, for me, happened on the Wednesday pet rescue, battle #8, without any potions. However a hero gem was matched and started the chaos. I was able to record it on the XBox. Very interesting!..

I don’t have a video of this happening, but it has happened to me also. PC/Windows. The AI went first and killed one of my troops before I ever even got a turn.

I’ve noticed the AI will occasionally take the first turn, when doing so it makes two moves at once. Like the screenshots from OP. I don’t use a potion of anything though, just randomly happens.

I’ll keep playing for sure because it’s not a huge deal in my mind, but I’m certainly not going to be spending any more money in the store. I kind of feel like the hundreds I’ve spent over the years were wasted.

Sorry Devs, I like the game but you won’t be getting my money any more.

This is already reported:

Any updates or Dev response on these [Reported] potion bugs?