[Reported] Stuck with no selectable targets 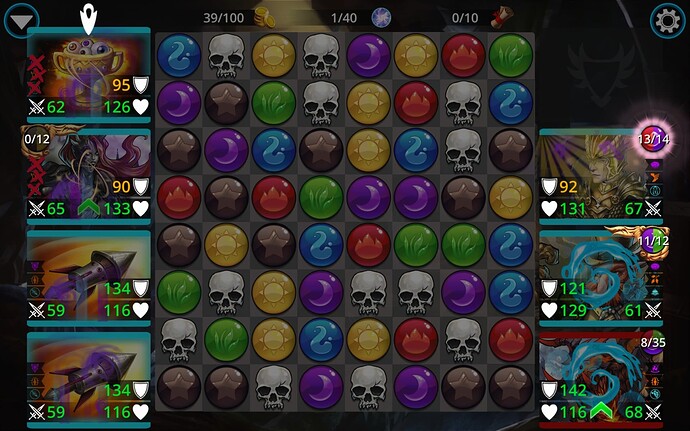 What you were expecting to happen, and what actually happened:
I activated Chalcedony spell, which targets a single enemy. First enemy has stealth, so can’t be targeted. The other enemies only have submerge, which should not make them untargettable by Chalcedony spell. The game is stuck and must be force closed.

How often does this happen? When did it begin happening?
Happened only once, today.

Steps to make it happen again
Build a team like mine in the screenshot, and fight against a team using submerge.

I’ve seen something similar. it’s because you used Ironhawk, it’s 3rd trait trigger after you cast but before you choose enemy. the 2 submerged enemies succeed to dodge the “all enemies” in Ironhawk’s trait which make them somehow (that’s the bug) to stealth (the same dodge apparently).
Definitely a bug, but you should know right now that is because of ironhawk and submerge rather than Chalcedony…

Absolutely a bug (and with multiple prior reports). Basically, when you initiate a spellcast, ANYTHING that affects an enemy troop (e.g. Curse/Freeze gems triggering) seems to remove them as an eligible target precisely at the time when you are prompted to select a target, which can easily softlock the whole game because the rest of the UI is suppressed.

That makes sense, thanks for the explanation! It never happened to me in 4 years of GoW though, so I suppose it’s caused by some recent changes.

Grabbed, reproduced & reported! Snatched up the other threads so far that I had found

also encountered this effect when he was unable to cast a zuul spell on an opponent’s card. I remember exactly that when I clicked on the Zuul card on the field, all the actions from the previous move had not yet stopped. maybe there is some dependency

over 3 weeks passed, still no fix…?

The various reports are FAR older than just 3 weeks.

Some bugs go unresolved for months, even years.

There is/was a resolved bug in this game? I can’t believe that