What you were expecting to happen, and what actually happened:
When using one of the new Gem Dragons, Amethialas (possibly same for all new Dragons?? Looks like emerald and Topaz are okay) and they are the mvp, the post battle mvp report in pvp shows the art and the troop name but that’s it.
Usually you get this:

How often does this happen? When did it begin happening?
First time I have used it in pvp

Emeraldrin has a normal screen (on Android) 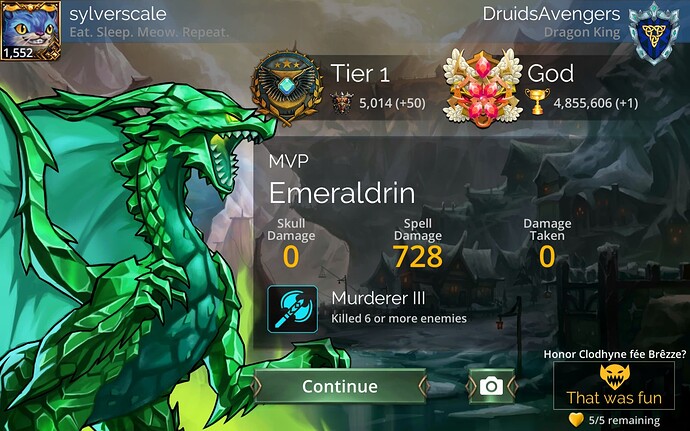 Passed this on to the team this morning!

@Hawx have you had this occur again since, with this same Dragon?
Trying to test this currently but we have had the data populate on this screen.