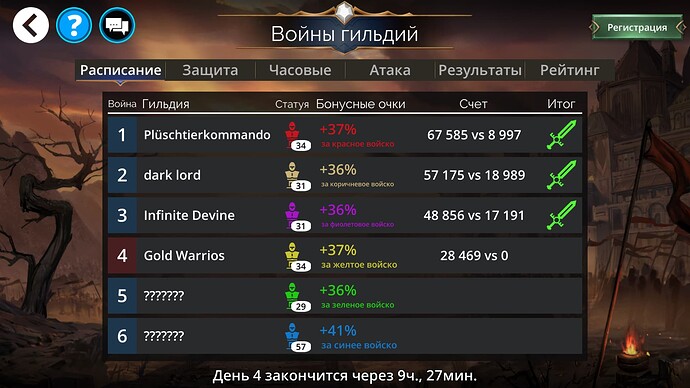 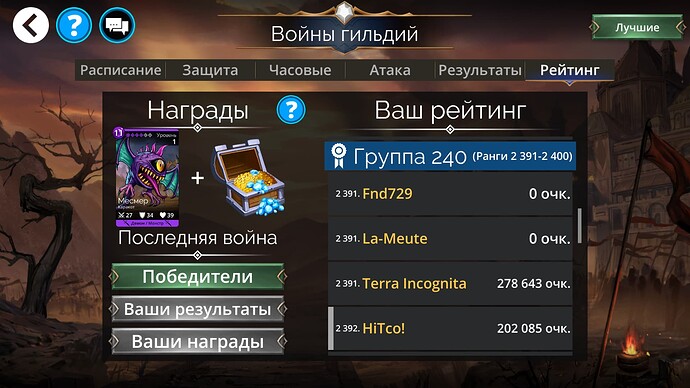 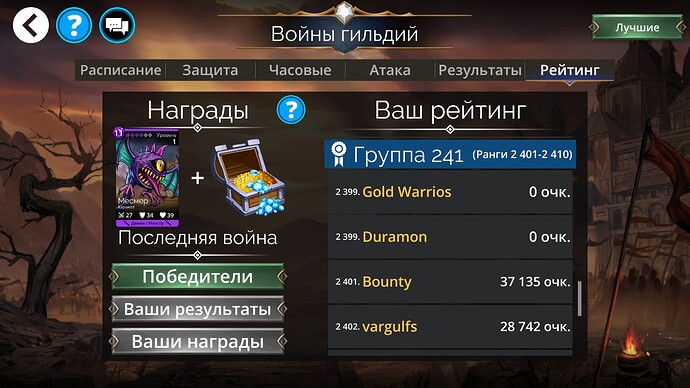 What you were expecting to happen, and what actually happened:
There are 2 issues with guildwar:

How often does this happen? When did it begin happening?
These 2 issues exist in game and guildwar sinse current guildwar started

Hey unfortunately this is a known issue. It happens to the last few brackets in Guild Wars where too many Guilds are added to the brackets.

It’s a visual issue only, so the Guilds that score 0 points won’t actually get ranked 1st in the brackets.

I’ve added this latest info to the existing bug report for the development team.

Thank you for comment on issue #2.
The main problem was the issue #1, namely my guild (from group #240) had a battle with Gold Warrios that is guild from group #241. Do you know something about this issue?
Thanks!