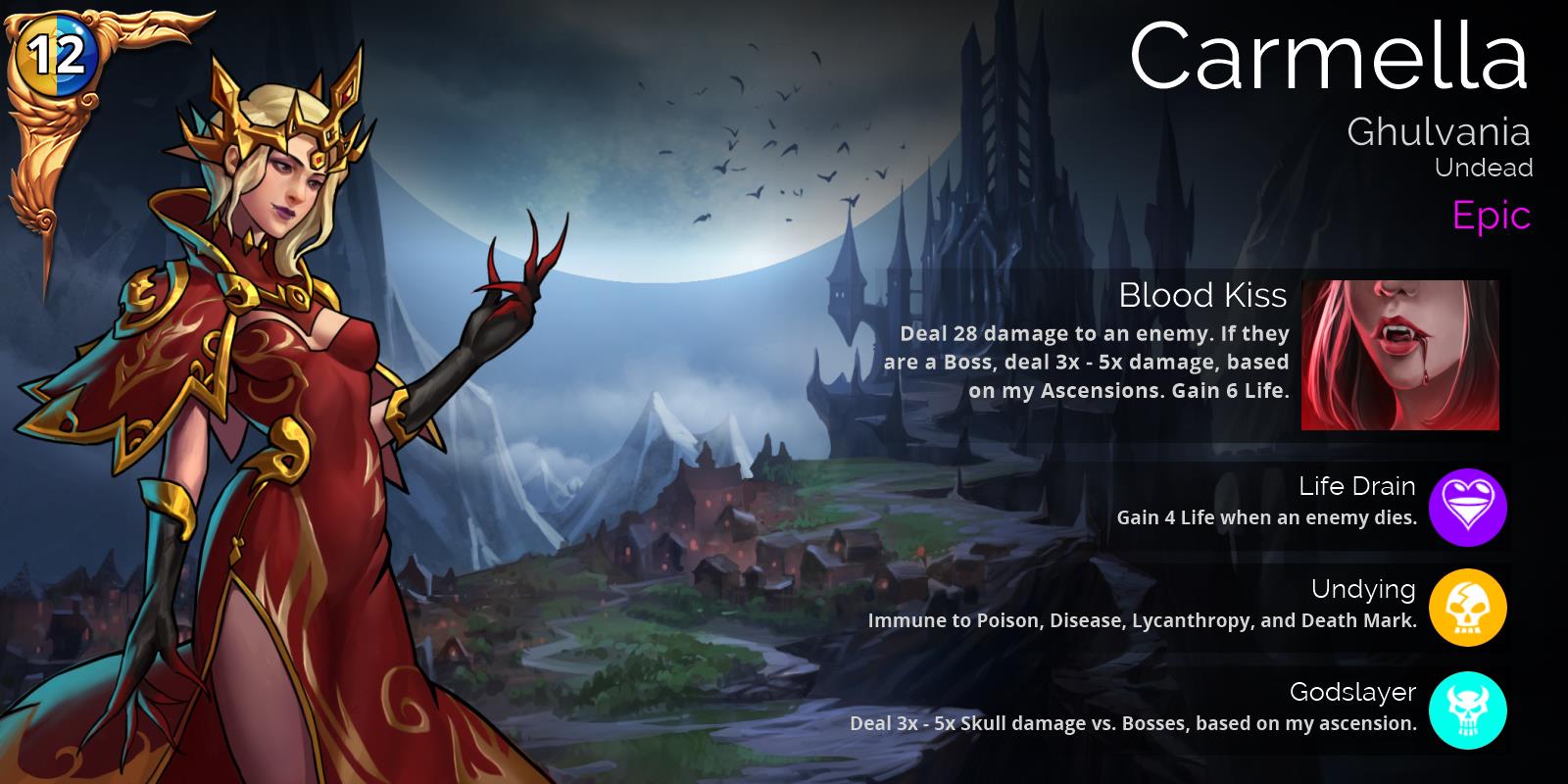 Carmella has returned to lead Ghulvania during this weekend’s Raid Boss. You can get her from the Event shop during this event. 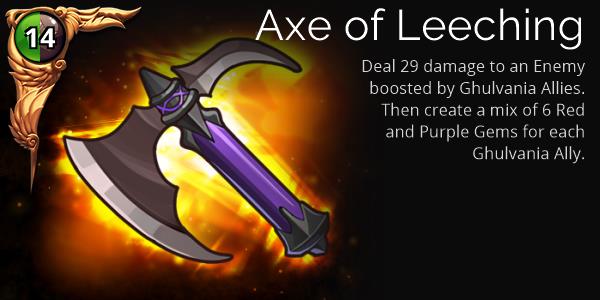 Oops, the in-game announcement mistakenly says “Use troops from a Kingdom (Khaziel)” despite correctly showing Lady Carmella against the Ghulvania Kingdom icon and background.

(And there I was getting ready to plop Kryshound onto the team…) Oh well, Grave Knight is another obvious pick – eliminating armor counts as damage to the boss too!

Use troops from a Kingdom (Khaziel)

The mismatch of kingdom names has been a complaint on other platforms in the past ages ago, but I don’t recall how it ended and don’t know what is the situation now simply for not paying enough attention to the part of the screen where respective text is placed.