PvP rankings are a joke

Whats the point of PvP rankings when they dont show the real situation?
Right now i have 580 trophies for this week and almost 10k pvp points. But the ranking says in around 31.000 postion? Are you freaking kidding me?
Where are those 1000 guilds full of 30 members where every member earns 600+ trophies?
Where are those 30.000 players earning 600+ trophies?
Why are the numbers so much bloated up?

Its one thing putting in a few generated bot accounts on ranks above 100 to give a sensation of more players playing the game, but this is just way to obvious.

Agreed, I think there are more bots out there than people. And some clearly more obvious than others. Shame that the Devs don’t seem to prioritise the hygiene of the game for the legitimate players.

The whole leaderboard is a joke.
sdoerty has been playing about 16-18 hours a day the whole week.
He has been streaming some moments to show that he is legit: 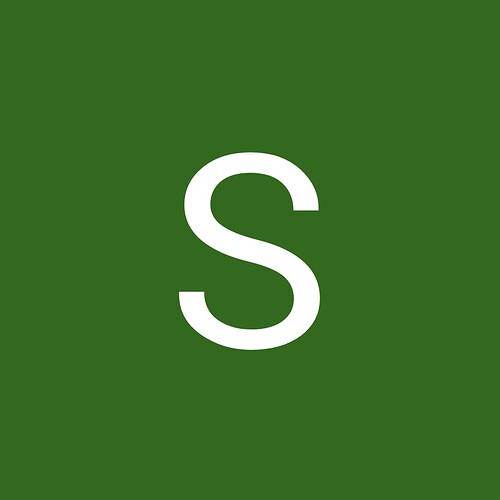 Share your videos with friends, family, and the world

See where he is in the leaderboard and how many PVP points he has.

You aren’t buying that the same players are doing 1000+ battles every single week by themselves? Yeah im not buying that either.

What do you mean to imply?

I second Namour’s comment. What are you trying to say?

You aren’t buying that the same players are doing 1000+ battles every single week by themselves? Yeah im not buying that either.

Nobody are buying it except from those who abuses the system or those who pretend to protect their members.

And are you going to answer Namour’s question? 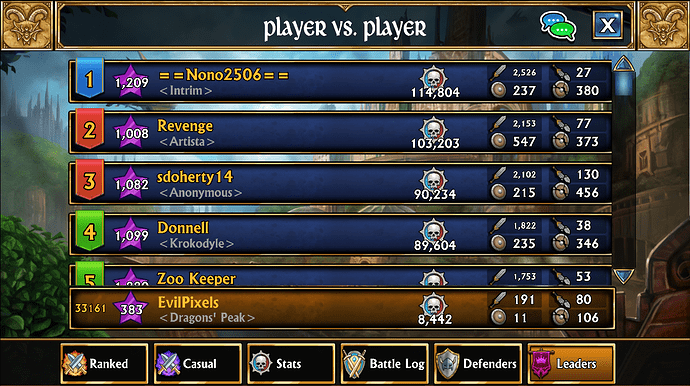 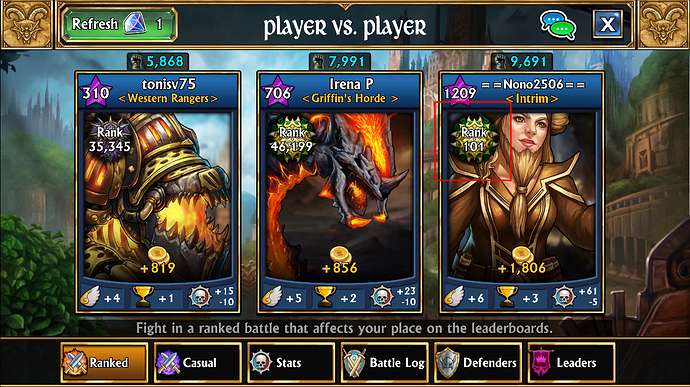 Don’t you think people share accounts? I have been 101st, 68th and 45th. The hours I put in for the rewards was just not worth it. If people have nothing better to do than stare at a screen for 10+ hours a day then that’s up to them but I don’t chase top 100 on ps4 because it’s just not worth it imo. One of my ex guild mates came second or third one week. It broke him and he’s now quit the game. Some folks do this week in week out. Surely they’re not doing all these hours themselves?

That is a known bug.

That 101 is a common error, it comes up very frequently: 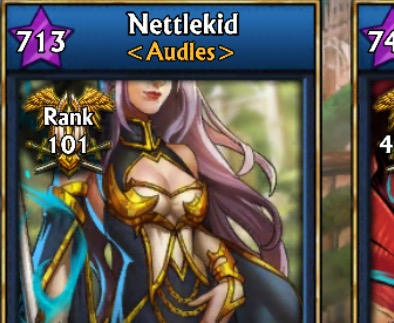 That’s a known display bug. Sometime it shows 101 instead of correct rank. 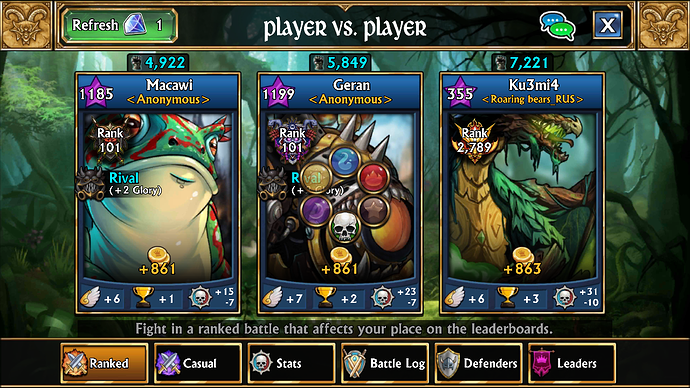 What do you mean to imply here?

Cant keep up with the known bugs

I agree, there are a lot of bugs that seem to never get fixed (like changing teams under certain circumstances inexplicably changes your defence team).

In regard to the question of so many thousands of people getting so many trophies, which was the OP’s question, I agree, I raised it previously, where are these people? About 12 months ago 10,000 was enough to get top 100, 6 months ago it was 14,000, now it seems to be 18,000 (although this week it’s higher again, probably because of the bombot meta).

In regard to flinging mud/ call-outs, I thought the community felt strongly against such things?

Yup that is unfortunate hopefully it can only improve!

I feel this myself, recently becoming a part of a top 20 guild and becoming a recruiter as well as only being about 4 months into the game ive experienced 4 different guilds. I believe the 2nd to last guild was top 250 and they wouldnt have anywhere near enough guys doing 600 trophies. The point more by the OP about 30,000 people doing 600+ trophies also means basically thats the same amount of people hitting 1500 seals…Which I am sure any guild master in the top 1,000 whos tried recruiting or has members in it can say that they struggle to fill their guild with 1500 seal people. There definitely is 1000s doing 40k

Yes, my days of finishing in the top 50 on a regular basis are over. It’s frustrating to lose that goal. I’ve had to switch my focus. Don’t know that there’s anything to be done about it though.