Well this is a tough one… here’s what I’m working with: 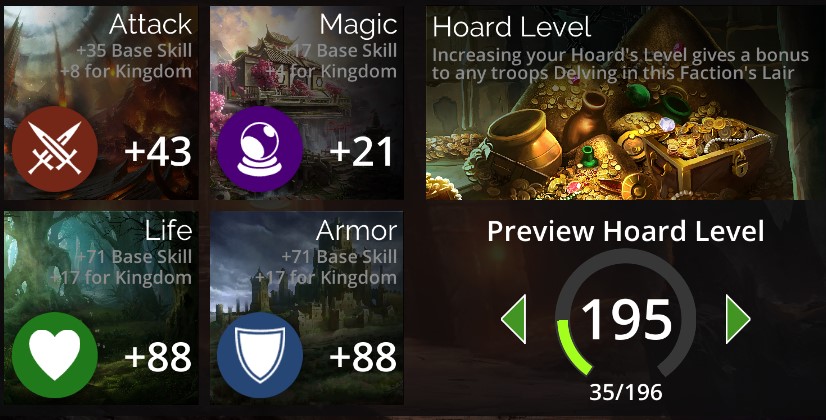 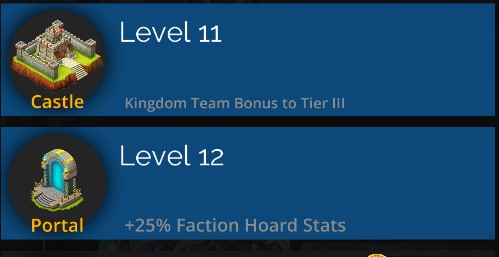 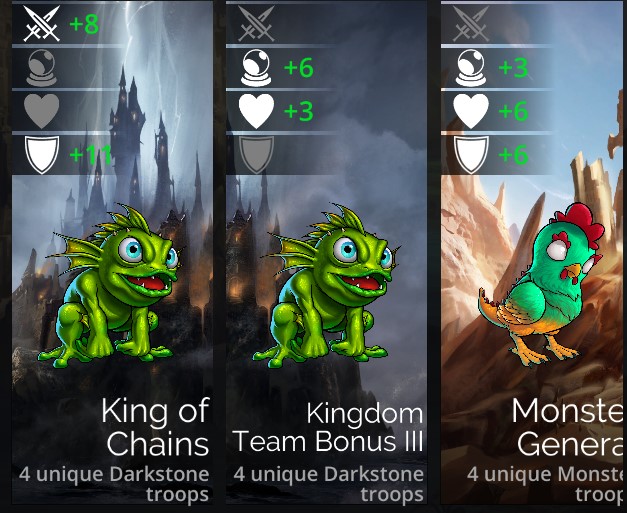 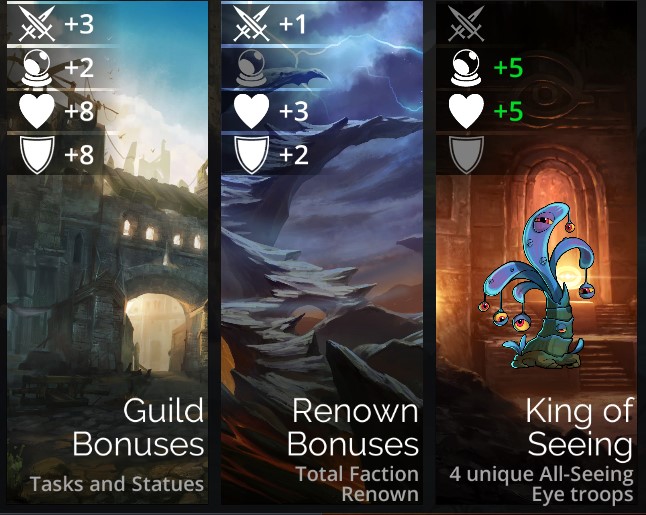 I’m going in with a lot of stats. And it doesn’t mean anything against level 500, because unlike the events, I don’t start off with Enchant, Barrier, Bless, gem explosions, and 25% skull damage reduction.

I feel like even +50% to stats won’t be enough. Here’s my current renown for All-Seeing Eye:

I put the ocularen 1st, Leech 2nd, mother and Xerodar. I had my hoard at 353, before the introduction of potions. What a waste of gold that turned out to be.

The leech was 2nd because I’d always lose a troop or two before reaching boss room, and the mother seemed to always prefer to summon more ocularen. It took several days to get a lucky skull cascade. Those grubs were tough.

I had the Frog and Chicken pets at mythic, and eyepod at legendary. Good luck to you.

If memory serves @TheIdleOne had an interesting strategy that worked for this faction before potions were a thing. I think he had Xerodar up front or something—it’s in the early posts of the Best Delves thread, which I could help you find if you’re interested.

From here: Delves: Strategies, tactics and tips - #1201 by TheIdleOne

I knew he didn’t put him in the back, but sobering to see just how poorly I remembered

Wow. Just wow. Is this the highest hoard anyone has reached?

If I remember correctly I took the bottom path pretty often when trying to get this one done, more rooms but often much easier as some of the legendary rooms are just a terrible match up for the team

Basically you need to get lucky on a range of things: Leech explosions, Ocularen matches (to refill leech), then skull bash them to death AND you need to respawn a Leech if you lose it (or let the summoned ocularen die and try re-summon again, while not losing other troops or the match)|

I genuinely want to know, why do people put Watch Mother in the 3rd slot? I know Tacet suggested that, but he also had to do it with potions.

I did it because worms once combo’d Xerodar and I got a leech there, and was one skull match away from winning final battle. The order I put worked for me. I didn’t fight delves daily, so I don’t know how many times I lost, or how many treasures and gold I wasted getting that stupid hoard to 353. I know 5 crowns would get it to 354.5 and cost 353,000 gold, so yeah it was a lot.

Potions definitely are the way to go nowadays. I’d put leech first. But OP wanted non-potion team, unless I read wrong, and I had a better success rate at making to third room with leech 2nd, mother 3rd. I might’ve even started with 2 leeches. Feb was a long time ago.

Having leech 2nd prevented enemy leech from reducing its attack while I got it buffed. I didn’t read the forum back then, so I don’t know what was recommended. My summons would often die by one skull hit, so hoping to get a 2nd leech was often not an option. That was my rationale.