or something just a suggestion

Yeah, more cosmetic options are always good. However, if we are going to do Channukah, we also need other religious festivals to be available. As well as the obvious Christmas themes emojis and portraits, we also need something for Eid and Diwali.

The important thing is we need to be inclusive here. No-one’s holiday should be left out.

Obviously other religions are available, and any genuine request from a user to add whatever festival they observe should be considered, and implemented.

While we’re at it, can I ask for the pastafarian holiday of “Holiday” to be added? A portrait of a Pirate, possibly a choice of Johnny Bronze, Bonnie Rose and Captain Macaw, wearing a colander on their head, with any traditional pirate hat on top of that, would be great. 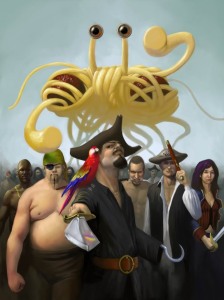 Pastafarians have wonderful religious ceremonies. We celebrate every Friday as a holy day. Prayers are concluded with a final declaration of affirmation, “R’amen”. Around the time of Christmas, Han…

We already have a Xmas/ pagan tree pet a hand full of Easter like egg / bunny’s pets that came out around their respected holidays. Skulls that turn in to leprechaun near saint Patrice’s all Christian based entities. Sadly not just in Gems but in most games one of the oldest religions and cultures is always forgotten despite its deep history.

There is Beauty in all Cultures all I wish was there was just a little more representation of mine.

For the rest of us love it

A tree decorated with apples to represent gravity, and multicoloured lights to represent Newton’s discovery of the spectrum would be appropriate

Do you really need to write the word “pagan” to request to add your holiday?

I’m simply calling it what it is! If you like a quick history lesson I’d be more then happy to give you Origins of the ever green used in celebration! I think your completely missing the point. I’m happy that there is different holiday items in the game just wish my holiday which are far older and in most cases the bedrock of most of these religions holidays was celebrated too!

Badger is correct. Decorating trees was a pagan thing which celebrated midwinter before christians “appropriated” it. 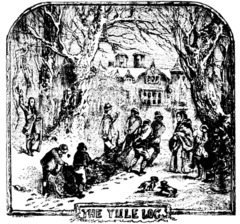 Yule (also called Jul, Julblot, jól, jólablót, joulu, "Yule time" or "Yule season") is a festival historically observed by the Germanic peoples. Scholars have connected the original celebrations of Yule to the Wild Hunt, the god Odin, and the pagan Anglo-Saxon Mōdraniht ("Mothers' Night"). Later departing from its pagan roots, Yule underwent Christianised reformulation, resulting in the term Christmastide. Some present-day Christmas customs and traditions such as the Yule log, Yule goat, Yule...

And here is what the bible has to say about decorating trees:

Jeremiah 10:
3 For the practices of the peoples are worthless;
they cut a tree out of the forest,
and a craftsman shapes it with his chisel.
4 They adorn it with silver and gold;
they fasten it with hammer and nails
so it will not totter.

Also, he’s right about you completely missing the point. Everyone should be able to celebrate their holidays: Christian, Jewish, Muslim, Pagan or anyone else. Objecting to the use of the word “pagan” is discriminatory, and discrimination is always wrong.

This is why I believe that Little Bang should be an all day Pet Rescue on the first night of Diwali.

Essentially, in my (admittedly limited) experience, Jewish culture simply isn’t very prominent in Australia. It’s not something that crosses our path or mind very often.

This may be part of the reason why Chanukah is not currently amongst the holidays comemmorated in Gems of War. (Or it may not – the devs may have other reasons, and I cannot speak for them.)

Lucky you to get an 8-day holiday, though! Wow!

Thanks. Interestingly, the only two I’ve heard of, I didn’t realise they were Jewish. My point isn’t that they don’t exist. It’s just that Judaism (and possibly religion, in general), just doesn’t have the same prominence in Australian society that I understand it does in the States.

GoW is a global game. Globally, Judaism is a significant religion, as is Islam*, and a few Asian religions. Paganism is also significant, although the term covers a huge range of beliefs. Where does one draw the line? Personally, I like the idea of more non-Christian icons.

(*Muslim people may take offense at such trivial use of their religious symbols, however.)