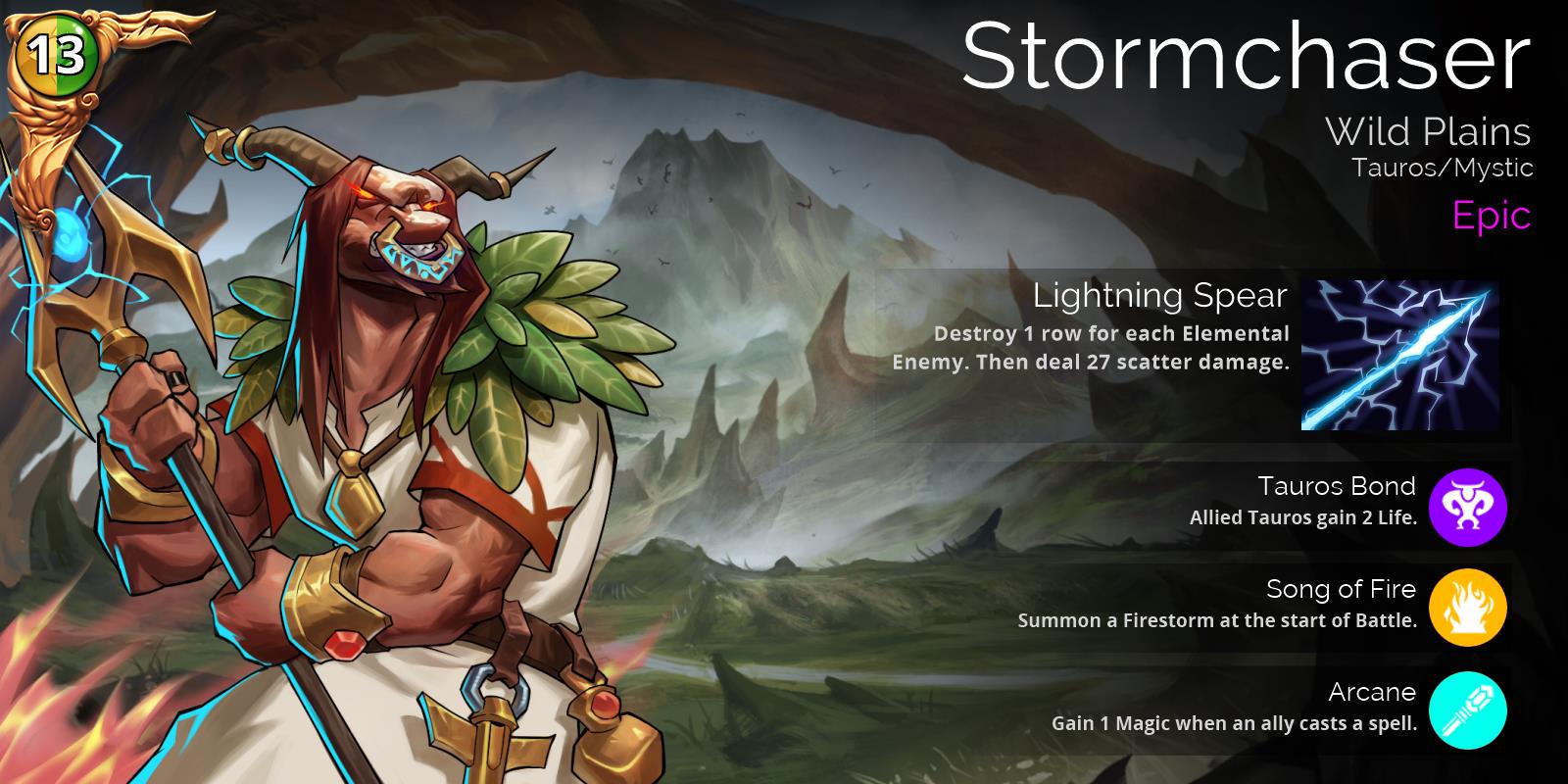 Stormchaser will be available this week for 400 Glory in the shop as well as in Event Chests, and will appear in Glory, Gem, and Guild chests in 3-4 weeks’ time.

There are 6 battles that players can encounter during the event: Swamplash, Dark Troll, Rock Troll, Ursuvius, Frostfeather, and Mistralus. The first 5 battles are randomly chosen, but they all have an equal chance of appearing on the map.

The battle against Mistralus will only appear after the player wins 4 of the other battles. However, her battle will not hang around; if you don’t fight her immediately, she may vanish! Either way, after that, all battles reset, and you’ll need to fight another 4 to spawn Mistralus again.

Each Wild Energy is worth 3 points. As the battles get harder, they will increase the amount of Wild Energy given by 25%.

Nice, I scored like 7,000 Glory during a Gnome-A-Palooza this last weekend, so not only did I get the weekly event troop on day 1 it’s already Mythic. (To me, the true appeal of the weekly deal is more the guaranteed Arcane Traitstone than the Troop.)