(Please edit this template into the italics below.

_[Please check the known issues list before posting a bug](https://community.gemsofwar.com/t/3-5-known-issues-pc-mobile/41214._

Screenshot or image
If you are on a console simply take a photo using another device. A video is preferred. Try uploading to YouTube Privately.

What you were expecting to happen, and what actually happened
This is simply what you were trying to do and what happened instead. Example:
‘I was trying to start an Arena battle, but Gems of War loaded Broken Spire quest instead!’

How often does this happen? When did it begin happening?
Was this a once-off bug or has it been a consistent issue? Does it only happen after doinga particular game mode?

Steps to make it happen again
Do you know how to make this happen? Sometimes there are certain steps that can lead to a problem that may not be obvious!
Example: I lose once in the Arena.
I then exit to the world map.
I then tap on Broken Spire on the map and then tap Arena.
Broken Spire’s quest loads instead of the Arena

Note: If you are uncomfortable reporting your bug publicly you can privately message @Cyrup or @Kafka with the completed bug template. Do not abuse this offer to message developers if you are otherwise comfortable posting your thread publicly.
I’m using the PC version of the game and since windows updated last night, I can barely log in before the screen momentarily blacks out or freezes. It comes back a few seconds later, but then goes out again, and when it comes back I find myself on my desktop with the GOW arrow apparently still trying to interact with the game (it turns into the gauntlet when I move it to a part of the screen where I know an icon would be in game). I end up having to close the game by alt tabbing out.

Hi @ptcbean! I am sorry you can’t load the game

Please try the steps in this article to correct the issue: 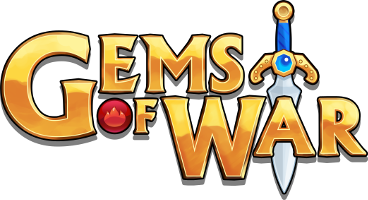 Follow the steps in this guide to help correct performance, crashing or hardware issues with Gems of War on the PC when playing the game through steam. Note: Please ensure Gems of War of war is clo...

Steps 4 to 6 will be particularly useful

Please also send me a private message or correct your invite code on the forums if you can remember it or gain access to the game, I can’t find your account.