Opponent not receiving the PvP loss

What are the steps to make it happen again?
Defeat someone in PvP; grab a screenshot. Go back to that battle log one hour later to see if that PvP defense loss is properly recorded.

Do you have any screenshots or video you want to share with us so we can see the problem? Attach them to your post!
I have attached the relevant screenshots. As this is a player that, to my knowledge, is a clean player, I’d rather not call him out by name here on the public forums. If @Saltypatra or another one of the Developers want to contact me, I can give the un-edited screenshots. 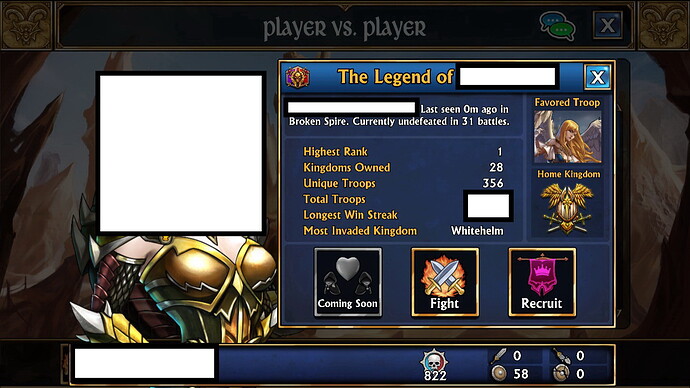 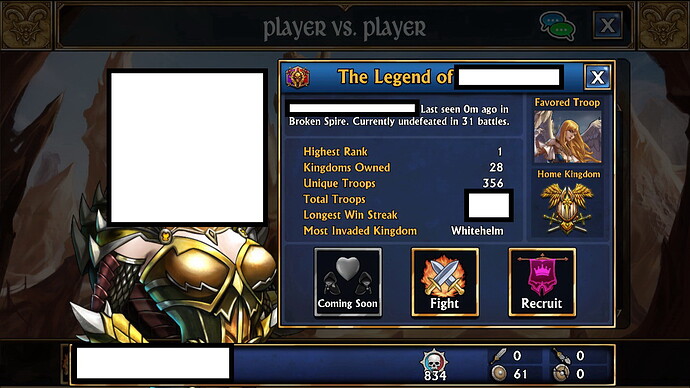 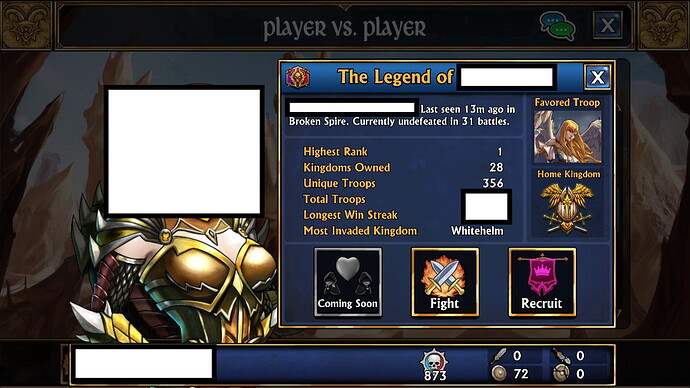 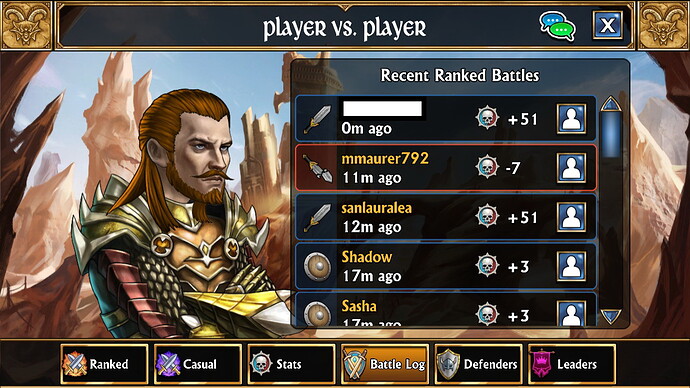 That looks like me. I’ve been doing casual to finish gathering snotstones, which I’m done. This is exactly why they need to fix this stupid bug related with casual PvP. This kind of post make some players uncomfortable doing one of game feature, casual PvP which is more relaxing and cheap to refresh opponent list. I’ve wrote my concern regarding this bug here:

Glad to hear that finally it got addressed. Thanks for that. While we’re at it, also please check the +1 defense victory bug caused by doing casual PvP. Those defense victory is looks very similar with this defense bug. I personally would love to do casual sometimes as it’s cheap to refresh. It also good source to farm snotstones during event or as a place when I want to test a new team with higher stats opponent. I just can’t imagine how people would react when they saw my name show up on thei…

If I do casual PvP, without touching ranked PvP at all after reset, I’ll get stats like that. And not everyone here aware about this bug, so when they see someone with stats like 150-0 on defense, they would think that person is abusing defensive bug since it looks similar. That’s why I’ve always stay away from casual PvP even though I want to do it. That’s exactly what I was trying to point out. They should fix it so it won’t raise any stupid suspicion and accusation when someone doing casual…

What strange is, I didn’t even attacked you. I just refresh till I get team with 4 giants with 5k or below points.

I’m here for the hilarious censorship of the avatar’s face.

“HI YES HELLO I AM SQUARE HEAD WITH BOOBS.”

In my country, the boobs part will get censored.

I didn’t want to name names, @ZooKeeper, hence my blanking out what I did.

I just find it odd that the game did not record the loss for 90+ minutes.

He attacked me just so he can check my stats.

I defeated an opponent. As that person is in a competing guild, I went to take a look at his statistics.

but he meant that its his attack that is missing in your defense?

unless he attacked at casual then his attack should be saved on your defense regardless how many casuals you do, right?

im not talking about your defense win score, (unless i misunderstood the op completely)

but he meant that its his attack that is missing in your defense?

That’s the thing with casual PvP. If someone do casual without touching ranked PvP, they won’t get PvP loss when someone invade them until they play ranked. Hence stats like 50-0 or 100-0 on defense. But once they play ranked, they will then receive loss like normally if someone defeat them.

doesnt that mean if you do one ranked battle before all the casuals you wouldnt get bugged?

Maybe. I don’t know. If you wanna try, do it next reset.