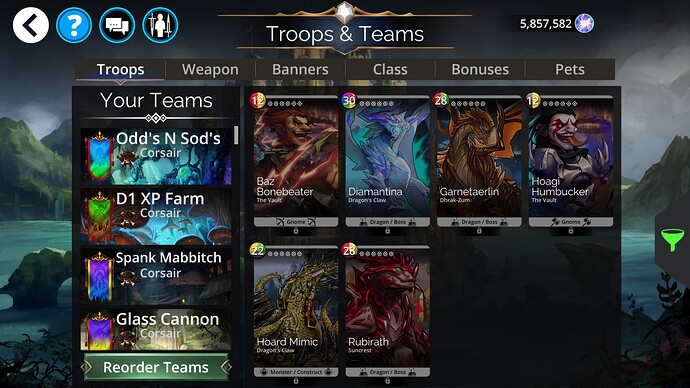 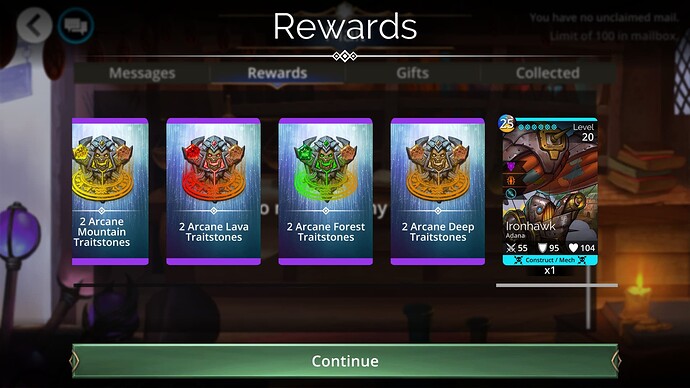 What you were expecting to happen, and what actually happened:
So to try and complete my dragon collection without surmounting a crazy amount of duplicates I tried for my attempt at the unowned one’s I don’t have. Garnetaerlin and Rubirath. I did also buy the Path to Power II which did give me an unowned mythic (Emeraldrin in this case) but this time I got one that I already owned now am I wrong in assuming it’s a bug that I got an already owned mythic (3x Ironhawk now 4)

How often does this happen? When did it begin happening?
Unsure if may happen again but happened that day (Mythic Friday and already grabbed the new
mythic twice before opening mail aka The Sagittarian.)

Those subscriptions are only supposed to give you a “regular” mythic that can be obtained from chests. The mythics above are all special craft.

Unfortunately, you failed to read the bottom line.
It would, of course, help if devs made it red or other bright color instead of unassuming gray letters. 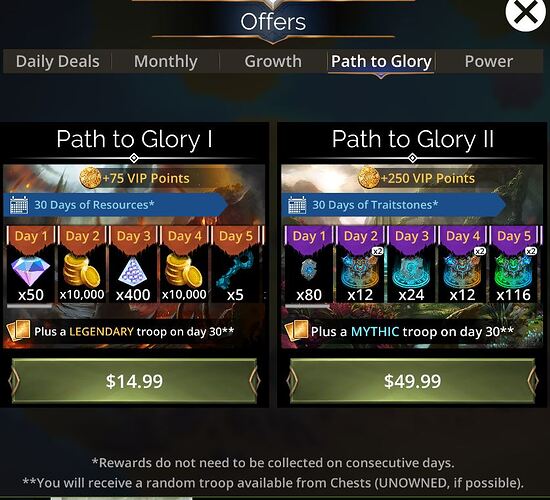 This should be the bug, actually, because Path of Power has the same disclaimer - eligible troops should be available from chests.
Now, I wonder how they’ll handle this pickle of a situation.

I do agree with you though may of needed a slight bit of adjustment/addition for clarification.

I think you know it was only mythics obtainable from gem, glory, guild and VIP chests. Thanks for testing though.

Not necessarily true as I said I got Emeraldrin from Path to Power II. Anyways so basically since no one from above has stated otherwise I will go with my own observation and henceforth conclude that it is still random and will aim for owned and unowned mythics.