No Power Scrolls in the first 15 levels

Have they been removed in the current Tower of Doom event? Is this random or programmed?

UPDATE: I got Power Scroll in the first room of floor 16.

But i recall ONE ToD, when our guild got it’s 1st power scroll arround floor 26-28…

so, guess you were unlucky

Thanks @Sytro for the response. Guess there’s no pattern for Power Scroll unlike Luck/Fireball/Heroism ones.

There’s a pattern for scrolls?!

We had one on level 2. I’d argue that getting a power scroll is unlucky, just not quite as unlucky as getting any of the other stat scrolls.

Did you do all rooms on every floor? Scouts are great so you can find these scrolls.

Guess there’s no pattern for Power Scroll unlike Luck/Fireball/Heroism ones.

Repeating someone else’s question, there’s a pattern for scrolls?

Repeating someone else’s question, there’s a pattern for scrolls? 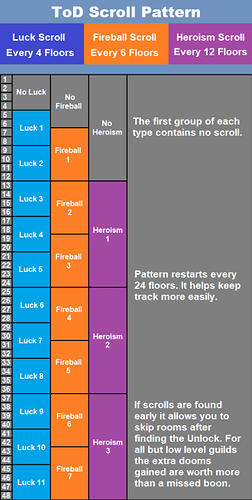 Not sure whom to credit this for, it’s not mine.

Too bad haste doesn’t also follow a pattern. If it did, scouts wouldn’t need to do every room.

Not sure whom to credit this for, it’s not mine.

Source: Gems Of War Infographics - Album on Imgur put together by @Redi1

I’d argue that getting a power scroll is unlucky, just not quite as unlucky as getting any of the other stat scrolls.

Depending from the guild. It might be lucky or unlucky… Most engamers wont need it. Most midgamers will be happy with them…

I suppose the Vindicators are just unlucky according to the chart. They did not get their 1st Luck Scroll until Floor Seven, and their 2nd was at Floor Twelve. 3rd at Thirteen tho. 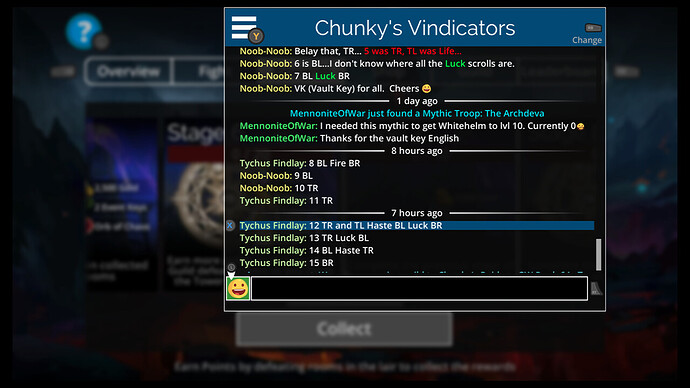 They are a starter guild, so, I’m not saying their targeted by Rng, but Rng definitely not in their favor. Most of the Vindicators can’t hit Floor Seven, let alone Floor Twelve. Therefore, it is unlikely that they will receive Reward Tier Seven (3500g and a Portrait).

And this kind of made me mad: 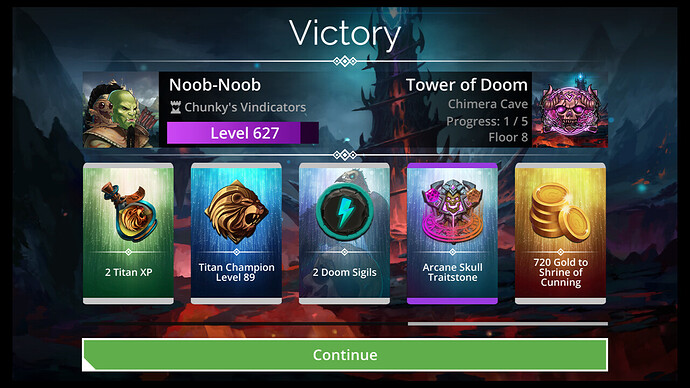 The Scroll should be Far Right, so it’s always visible. It was the Fireball, but if I click fast, I’d miss it. It’s like on GW, where the score is always in the middle, so, either wait for each item to tick by, or scroll thru to the middle to view the score. Working as intended.

The Scroll should be Far Right, so it’s always visible.

Yessss I do wish important items were at the far right. Resources like traitstones, meh, dont care generally at least not in tower of doom, so put them left.