I’ve been playing for about a week, and have gotten to delves
Problem: I didn’t beat a single delve yesterday or day before
I keep seeing Rowwane and stuff, but i don’t have everything for that team
Are there any substitutes I could use or other helpful teams I could use when first starting delves?
Specifically City of Thieves
Thanks in advance for any answers
(Also apologies if this isn’t the right tag to use, it just sounded like it wound be)

With Rowanne, you want to recycle the board as much as possible to get her full, so look for troops like Leprechaun, a weapon like Mountain crusher. They will both explode gems. Weps/troops that convert gems to other colors are good as well. Look up “empowered” in the troop menu. They will start with full mana when their 3rd trait is unlocked. They can get you mana very early to get things rolling.

Also Do you have 3 Gaard medals? That will add 24 armor iirc. That will also boost your damage.

If you have Golden Cog, that can also boost her armor. There are a couple of other weapons that will do that as well. Urskaya shield is a big one, but may be one you do not have yet.

Also which classes do you have unlocked? There are a few with Rock solid, that will give your hero barrier on brown matches. Titan, Monk, Elementalist. It is invaluable for those random skyfall skulls matches.

Another thing that can help is hoard level. Be careful with this early on. Don’t use up all your gold on lvls if you haven’t gotten all your kingdoms to at least 10. Hoard lvls increase your stats so that will help.

I know you said you are missing some of the traditional troops used with her so I wanted to give you an idea of what other options you have until you can put together one of the tried and tested Row teams.

I have Golden Cog and Titan class. I don’t have any converters in the colors I think, though I’ll check that
Other than that, thank you. I’m having trouble finding a guild where everyone is helping without being too demanding, so haven’t got Leprechaun or any of those higher up troops

So I have Drowned Sailor
Also, what would I have the 4th unit be?

The Maraji Queen is the legendary from sunken fleet, it gives half mana at the start to all elementals in the team if it’s fully traited so Rowanne will need only 6 mana to cast, it’s probably easier to get than Leprechaun. Just try to get what you don’t have, like these 2 troops, and use some mana generator like maybe Shayle.

I know about the queen. Thanks for the info and the suggestion

Have you unlocked the kingdom of Urskaya yet? The class you get from completing its questline is called “Sentinel”. Minor spoilers:

With talents unlocked this class becomes incredibly durable, and the class mythic weapon gives probably the single best Armor buff in the game.

A few other troops that work well with Armor buffs are Paladin (Rare, Green+Yellow), High Paladin (Ultrarare, Blue+Red), and Tesla (Legendary, Red+Blue) depending on which Faction you’re delving.

And don’t forget how the City of Thieves faction is ALL about gold control and thus basically powerless without it. If nothing else, try tossing in Street Thief and maybe a Purple troop (Clockwork Sphinx?) to keep the gold in your pockets instead of theirs.

Funnily enough, I just got Clockwork Sphinx not that long ago
Also, I’m assuming cause I was able to level her past 10, I did fine with just Cog and and Rowwane when i delved earlier.
Nonetheless, thank you and the other peoppe that answered
I’ll be sure to try and keep all of this stuff in mind

Hi Rivi. We have two guilds suitable for beginners in the Dominant family, a group of 5 guilds if you are interested. You’ll get lots of advice and support with minimal reqs then when you are ready you can move up to our higher req guilds while staying in the family.

Check us out on Discord if you are interested 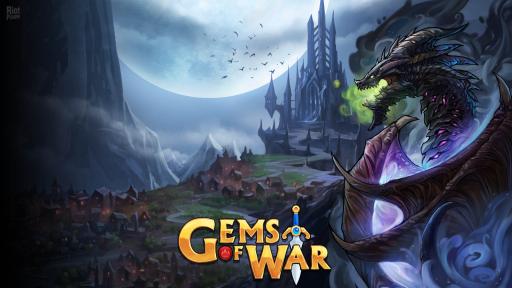 Check out the Dominant community on Discord - hang out with 230 other members and enjoy free voice and text chat.

Definitely join a guild family! They have guilds for beginner players and advanced ones with the veteran players helping the new ones.

We do the same in druids. It’s the best combination of getting knowledge while not being demanded of too much - please you can dance to a higher guild and won’t have to ditch everyone you know.

Don’t level city of thieves, leave it at base level and do the 30 run every day 3 times for resources.
You wanna try to get the treasure rooms first, then full clear. Then, get your hoard to 100 but keep farming normally so you can get Gobtruffle, Beetrix, Maraji Queen, etc etc.
Beware, Faction Assault event will add levels so just avoid doing the City of Thieves one.

Faction Assault event will add levels so just avoid doing the City of Thieves one.

You can still actually do it - just flee before you fight the boss.

Each Faction in the underworld has troops for that Faction like City of Thieves has a set of troops that you use to get Renown with, but you have to use the troops that belong to that faction to get the Renown once you defeat the boss. Go to Troops, then in Troops and Teams hit the Y button to bring up the filter. Look for Kingdom the select City of Thieves, then select unowned, then hit the Y button again to apply and you will see the troops you need. To gain the troops you use chaos shards in the City of Thieves Portal. All Factions have a portal. You gain chaos shards in delves, faction events, and donating gold to guardian task when you join a guild. For info go to support and in the search bar type underworld factions i sure you find help there or try typing delves.