Hi everyone, i just saw this on twitter and wanted to share this on the forum. I don’t know why these kind of infos are never posted in the forum

There is a preview of hero menu with the new UI 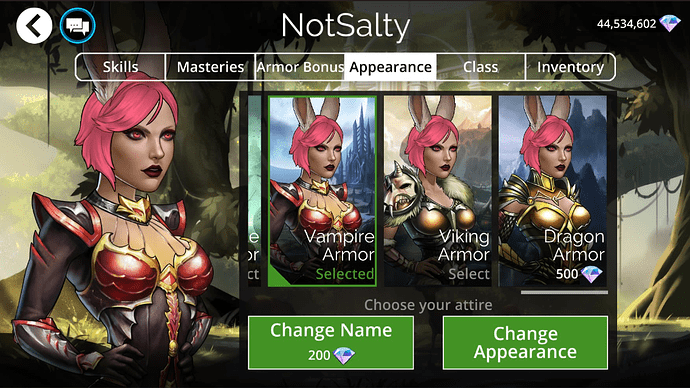 They said on the last stream that we’ll each get the first name change free. I’m kinda looking forward to that. Don’t see myself spending 200 gems for another though.

Im not sure i like the way changing name will be so easy, imagine you kick someone of you guild then he is really pissed at you and the guild so he change name and come back in the guild then decide to sabotage the team, not doing any GW fight or anything else could hurt for sure

You’re invite code stays the same. Would it make a difference in regards to that? I’m not guild master so i’ve never invited anyone. There are quite a few guild hoppers on xbox so i worried about that too. I hope you’d still be able to see their permanent invite code cuz i can see hopping and colluding becoming a huge problem.

Just to confirm, invite code will be static, and doesn’t change with the name change.

I don’t think it will change your invite code. In the past, by-request or forced name changes have not done so.