New Spell - Acid "not the one posted before"

This is pretty much what the Chimera’s spell does.

Not being able to gain health when poisoned is an incredibly nice idea I think!

Healing too, but there are SO few “heal” spells that it hardly even matters…

I’ve suggested this effect for a new status, Corruption: 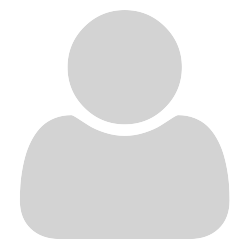 If it wouldn't make the in-game explanation very extense, and convulated, a mix of 10% damage based on current life total but with a minimum damage based on the rarity would keep it at an acceptable risky level to me at least. Maybe we aren't...

Poison could half the life gain and Corruption could prevent it entirely.

As I said in the other recent (similar) thread, I’d much rather devs’ time went into (1) revising out-of-date status effects to scale into the ednd-game and (2) adding much greater synergy with existing effects, rather than creating new status effects…

If it will make you feel better about yourself: I understand and i validate your opinion as i also acknowledge you as a human being.

But then we get at the crossroad where poison still sucks. With something like corruption, I think that it should be “every time the enemy deals skull damage, half of it hits a team mate” it would shut down skull spammers.

Poison would still be more common than Corruption in my original idea. So it would work fine for newish players that wouldn’t have instant access to Corruption. Also troops dealing extra damage on poisoned targets should still be added.

Why not just make Acid an Armor specific status effect? Make it cleanse-only like Poison except it’s guaranteed 1 armor damage every turn. Or make it a 50% chance for 2 armor damage.

You could even mix it up a little like the Enchant effect and have it wear off when armor hits zero.

Also, I’d totally be down for Poison halving life gain. (Healing should stay full, though. Give it some purpose.)

How about each turn that its not cleansed it gains 1 dmg per tick of poison? like you are slowly succumbing to the poison?