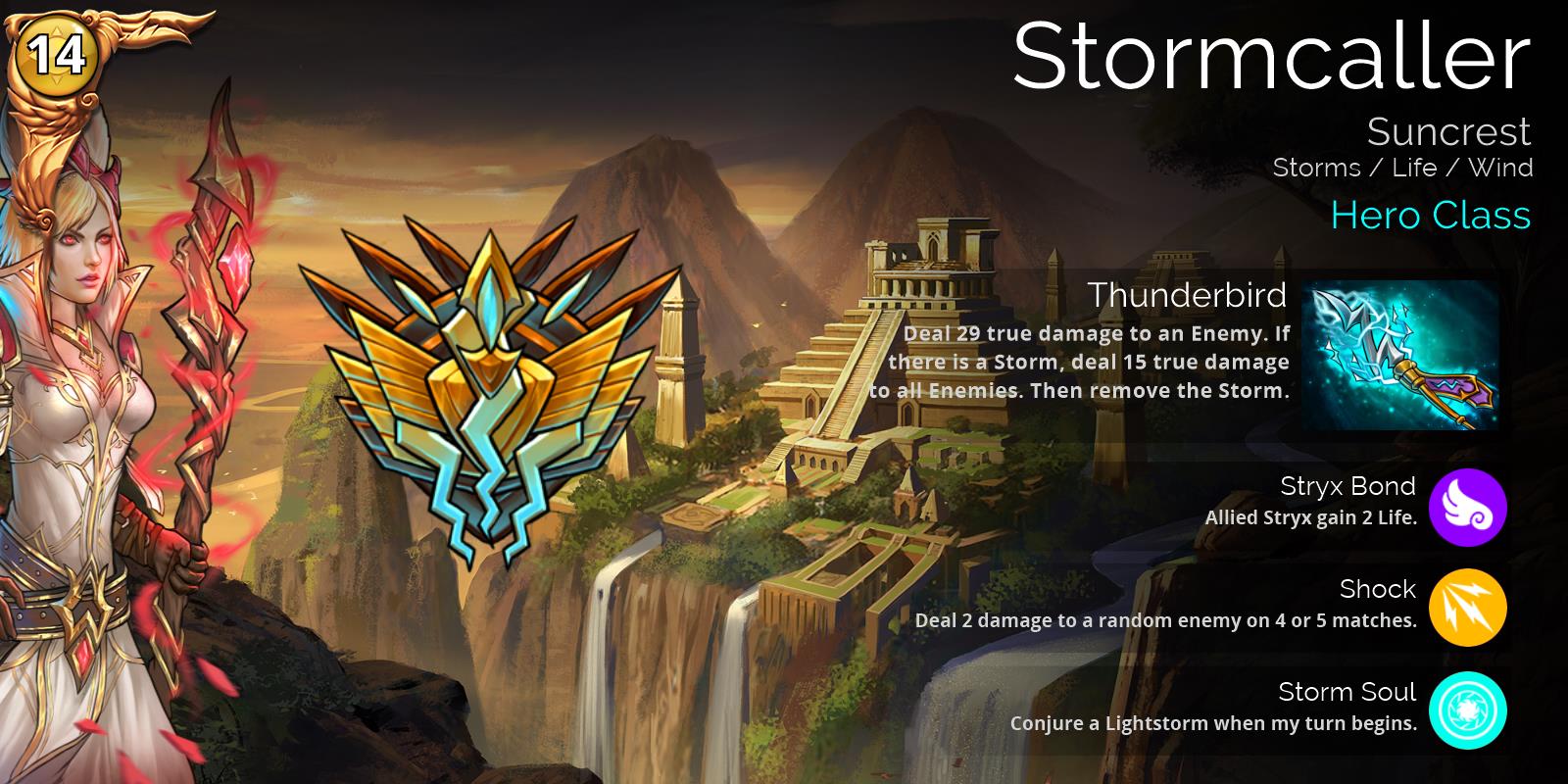 A new Hero Class has been released, the Stormcaller. Complete Tezca’s Stormcaller Training quest in Suncrest to unlock this Hero Class.

Also to celebrate the release of this new class, we will be running a Hero Class event over the weekend. Particpate in this event to help earn Champion XP for the Stormcaller.

Stormcaller, Tidecaller, Maybe the next class can just text?

I just wonder why the game has no Paladin hero class.

Third trait could be Sanctimonious: Opponent is prevented from getting 4+ matches due to “skyfall.”

So, the final part of the Challenge is “Zap Lord Taloca”, except when it came to that battle, there was a sound of laughter and he was replaced by a Gnome!

I absolutely hate how the Suncrest class does not synergize with the Suncrest Mythic at all. The third class trait is ridiculous. You would think the kingdoms Mythic and Class would at least work a little bit together but NOPE how about not.

Stop being lazy guys. You are better than this.

“Farewell, friend. I was a thousand times more evil than thou…”

I don’t have the Sincerest mythic Phoenicia but even if I did I wouldn’t be using it with this class, which is hilarious. You would think that if your hero is playing a Stryx you would want the Stryx mythic on your team. Wrong. Phoenicia does double damage only if there is a firestorm, but there is no way to (easily) get a firestorm because the Stormcaller’s third trait summons a Lightstorm at the begining of each turn. Garuda can summon a firestorm, but it’s absolutely useless because it only lasts for the opponent’s turn, then it’s back to Lightstorm.

You could run Doomed Crossbow which summons a firestorm and can get you the 4+ matches with skulls so you can cast Phoenicia’s ability after, but it’s also a red weapon so you lose out on that 5 magic from not having a yellow weapon along with yellow synergy.

You can also run Chaos Storm talent and hope you get a firestorm off a match… seems pretty silly though.

This latest class is definitely a mess. Feels very rushed

Level 20 and move on for me