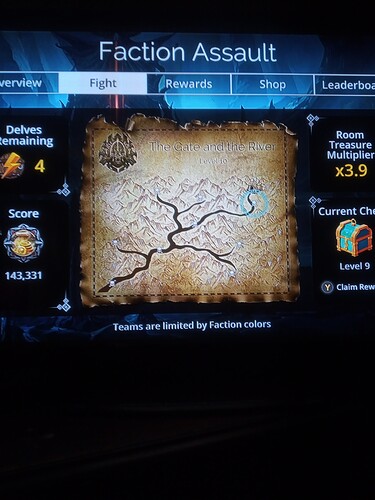 Was playing the new faction assault, did pure faction on level 100, next battle was level zero, with the following level being 10, all enemies were that level strength so it’s not just a visual bug, wins are not counting toward best delve defeated.

What do you mean level 0? Enemies can’t be zero.

Posted in my guilds discord about it at 9:48 am est, so happened a little before that.
It started normal, did level 100 pure faction, next level said 0, all enemies were very weak 3 health armor ect. Next level was 10, played through 20 and stopped since I’m wasting sigils. This is where I’m at now 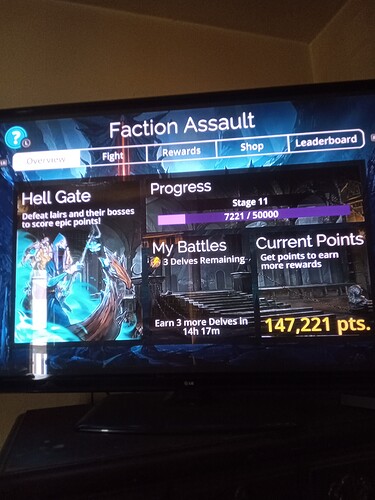 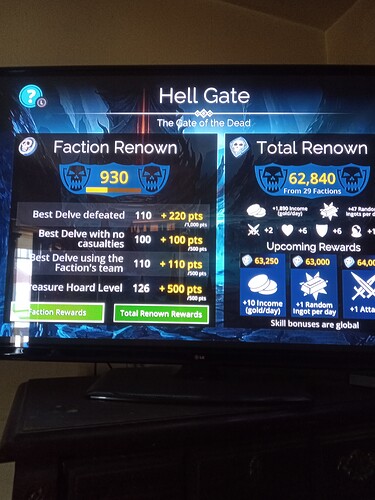 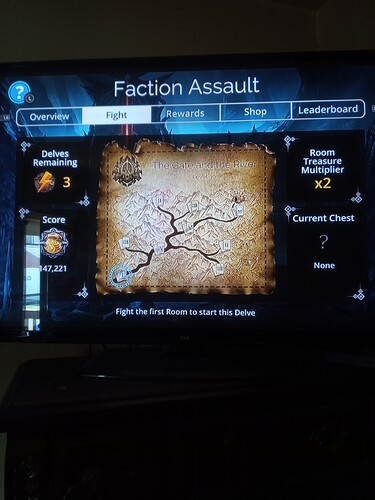 Whoops I missed the level 10 in the picture in your OP. …This is weird. Level 10 isn’t even possible in a faction. Tagging @Saltypatra since obviously this means the event is broke for you…

Never heard of this behavior before. Did you do anything unsual, like having a faction run for daily sigils open in parallel? Did you use a daily sigil or an event sigil for PF 100?

Did you do anything unsual, like having a faction run for daily sigils open in parallel?

Don’t think this would’ve caused it at least.

Did the regular run first after unlocking it then went to FA, ran a normal team till 100 then used a pf team

Did the regular run first after unlocking it then went to FA, ran a normal team till 100 then used a pf team

Sounds like the standard approach to get the most out of multipliers. If that somehow got broken I’d expect a lot more players reporting it.

Word of advice, it’s excessively unlikely one of the officials will look at this while the faction event is still active. Play your sigils, you’ll at least get some rewards out of your shop tier purchases, if you don’t it will be a complete loss.

This looks very strange, I’m sorry to hear about it.

We need some further information regarding this, and if anyone else that has experienced it could weigh in that would help us greatly. We want to figure out how widespread this is.