I noticed that DS name doesn’t go with his abilities. So I was thinking make his magic attack do triple damage against Dwarfs. I can do 68 points of damage with him now, that would make it do 204 damage against dwarfs. And you could replace the first trait with Dwarf Slayer trait.

Why does he want to slay his own kind though?

He is a dwarf. He slays things. Dwarven Slayer. If he were a Slayer of Dwarves, he would be Dwarf (singular) Slayer

He’s a “Dwarven” Slayer, not a “Dwarf” Slayer. The first word is an adjective (describing him) rather than a noun (the object of “slayer”). I don’t see a problem here.

There are ambiguous cases (For instance, “Human Slayer,” where the nominal and adjectival forms are equivalent) but this isn’t one of them.

But is it really sniping if yours is better formatted and explains things more thoroughly?

Well even if it’s not Dwarfs, he should at least have a slayer trait, or at least do double magic damage against a certain type of enemy, perhaps giants.

Sounds like he’ll become a hunter from Supernatural. Seems legit.

I endorse this idea. And to support your idea… Here’s the precedence for such a feature… 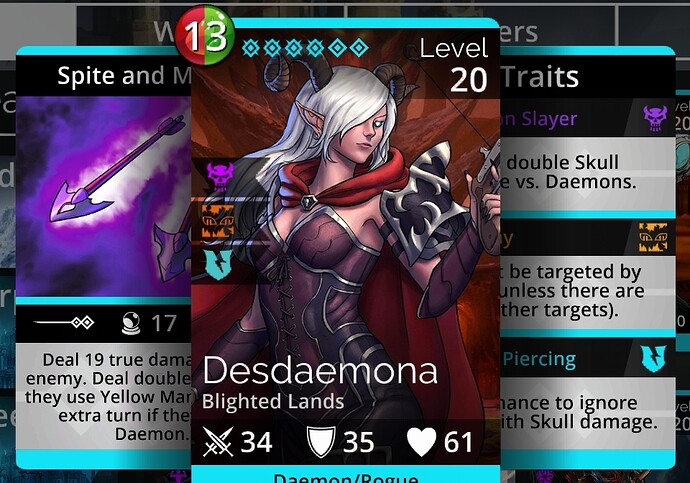 Oh and here’s the troop you may have been needing when you had your epiphany. It’s the only troop that does double skull damage against Dwarfs. 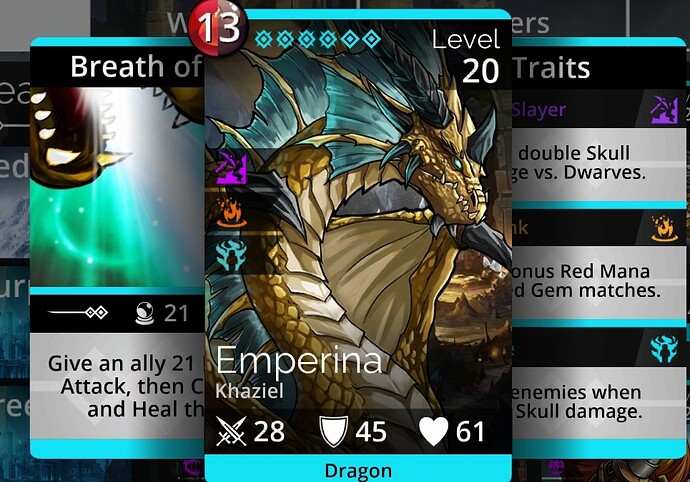 sigh I am aware their was a Dwarf Slayer trait, and that Empirna had it, which is why I suggested he get it as well. As for Desdaemona, what does she have to do with anything? The Supernatural thing was a joke reply to the previous one. If you’re talking about how she has a Daemon Slayer trait so does Ferit, Valor, Grand Inquisitor, and Urska Savage.

She kills her own kind.

Silly thread really. All the Dwarven Slayer really needs is a failed poet to hang around with.

Oh, and change its spell to not be a one-use-only spell: currently once one DS casts (and dies), it blocks any other DS on the team casting their own spell. This isn’t needed: trivially the first one to cast won’t be casting again…

Only on the Forums can I try to support someone’s idea and they find a way to disagree with me. Mother… Of… God.

Yes I was thinking the same…