"Lord of the Hoard" achievement not syncing from mobile to Steam

Found a Hoard Mimic on Android; have the “Lord of the Hoard” achievement in Google Play Games; expected it to be granted on Steam also at next login, but this has not happened; is still showing as unearned on Steam.

Yeah, no, can’t get the achievement a second time on Android.

I am remembering rightly that achievements should sync between Steam and mobile? this seems to be true for all the other achievements I’ve earned, except oddly for “Team Synergy” which I have on Steam but not on Android…

What I had to do was open up the Journey event in Steam after completing it on mobile first. It didn’t pop on PC until I opened the completed Journey event.

Hopefully that’ll take care of it for you.

Did you get it somehow in the end? I have the same problem, just triggered it on mobile, but it’s invisible for steam :< 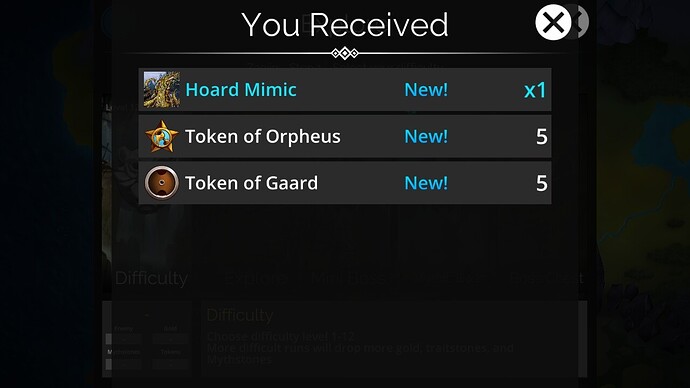 Did you get it somehow in the end?

Nope; still have the achievement on Android but not Steam.

I figure I’ll just keep on doing explore runs on Steam – I need the medals anyway! – and eventually I’ll find one there too.

@ctenn2ls’s suggestion is good advice for other event-completion achievements: make sure you open the event on both platforms so the achievement triggers on both – but for the hoard mythic the only way seems to be to actually get it on both…

Same issue here. Have found hoard mimics while on iOS (5 of them in fact), but Steam achievement not triggering.

But alas, it remains unachieved.

Luckily solved fast this time, just got hoard mimic on mobile, but I waited with chest opening for PC and it triggered steam achiv finally 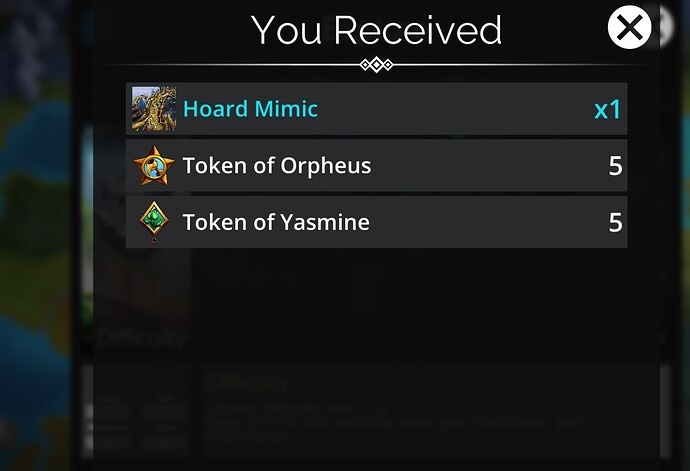