Do we still need immunity to mana burn/drain traits?

I think they should stay for now. Too much tinkering is making the game more and more buggy. Besides, troops like Yao guay are firm favourites and removing his immunity may see him relegated to the dead troop scrap heap along with so many others who have been nerfed into oblivion. A sloth defence would become a new wars headache which is the last thing we need. Wars has become a lot more luck of the draw lately…troops like rope dart and eye have readily available empowered associates and it’s not uncommon to have a strong attack deck wiped out by such crazy looping line ups. More and more skill is being removed from wars as a result and some players have been cheating to overcome this issue (exploit allowing wars defs to be replaced by inferior decks). Gems is a bit of a mess to say the least nowadays. Let’s resolve existing troop issues before looking at other ways to cause further bugs. Too much tinkering is proving problematic.

Do we still need immunity to mana burn/drain traits

As much as we need good bye posts from players who take a month off from the forums.

Today I’ve decided to quit these boards for personal reasons, and I won’t be coming back ever again. I just wanted to make a thread and tell my friends I had on these boards: Take care my friends, and I wish you the very best in life. @Cyrup @Lyya please go ahead and delete my forum account. I also PMed you @cyrup the reason why I decided to leave the boards, to accept the guidlines as well as keeping this thread civil. 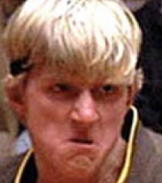 Fair input. I have never been much of a fan of all the immunity we have in this game, but perhaps in the future it’s room to reduce it.

Immunity is important to balance. For example, it is rather annoying that no cards other than bosses and towers are immune to lethal damage. You can’t build around a lethal damage team except “killing them first” which isn’t exactly a counter-play.