For players who don’t read the forum or discord, the current in game information doesn’t actually specify clearly the kingdom name that the Kingdom Pass is for.

Request: Somewhere on the in game news to specify the kingdom name and also name the kingdom in the Kingdom Pass itself. 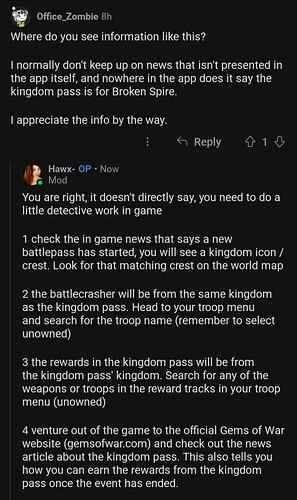 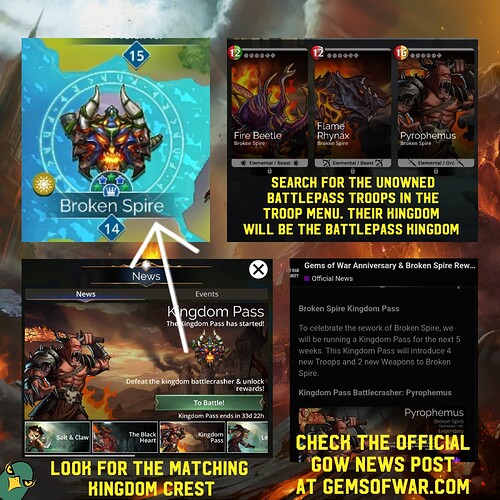 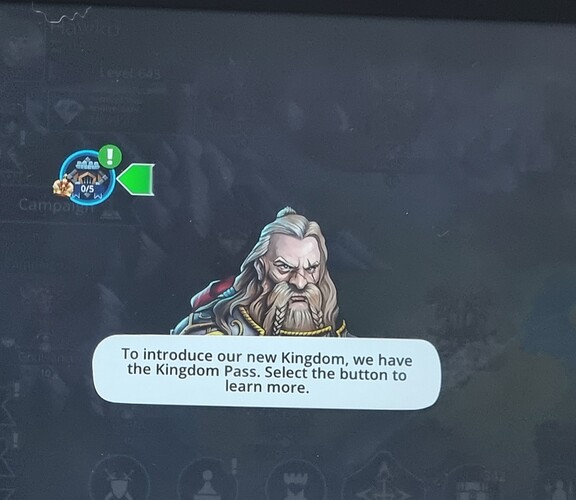 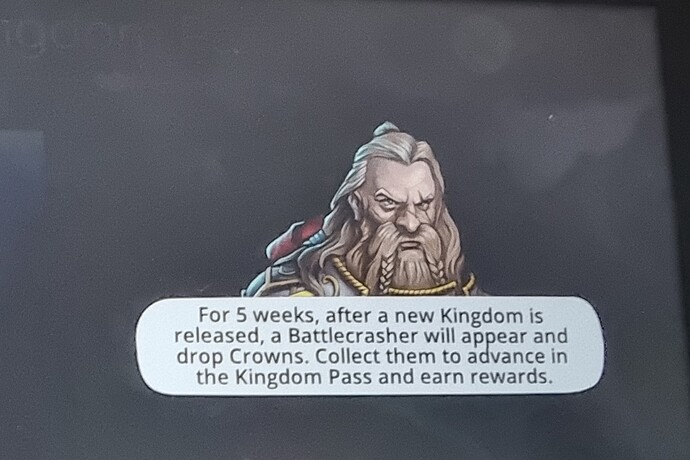 Yes, a little icon next to a Kingdom’s name on the map isn’t exactly the most obvious clue

I think Luther has always been a bit confused… But this actually reminded me of a problem with underworld. I can’t find the linked kingdom from the faction menu’s so I have to go to the troop menu to see what kingdom those troops are linked. I need that info to know which kingdoms levels I need to upgrade… Is it there somewhere and I’m just blind?

Yes, a little icon next to a Kingdom’s name on the map isn’t exactly the most obvious clue

That’s for the Legends Reborn event, not for the Kingdom Pass. Usually they don’t happen at the same time.

P.S.: Clicking any troop or item in the rewards list for a preview is an easier way than searching through the whole list, I would say.

… but I have to ask: does it matter what kingdom the pass is for? The kingdom determines which rewards are picked, but it doesn’t affect the event really. They could mix and match rewards from different kingdoms and the event would be unchanged.

And I would imagine that anyone considering whether to participate or not, they would just look at the actual rewards when making that decision. Or do people actually go “oh, Broken Spire? Yeah, I need general stuff for that, I’ll play” without any other considerations?