[INFO IN COMMENTS, FIXED AS OF NEXT WEEK] Fleur de Leon not visible in collection 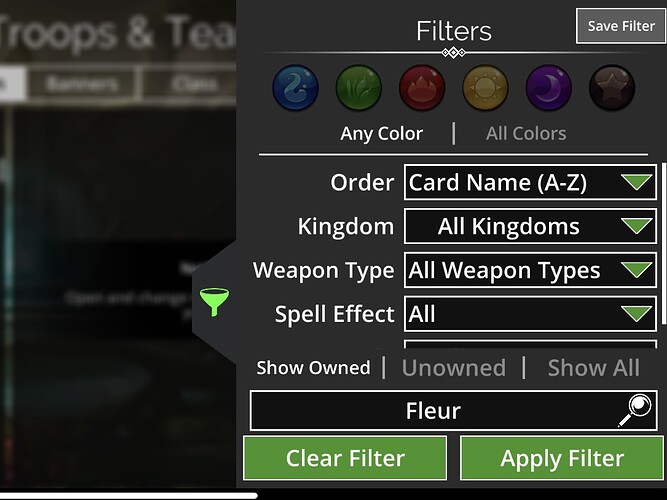 How often does this happen? When did it begin happening?
Every time when opening collection. Began after collecting campaign reward.

Steps to prevent this from happening
Have a proper QA team

Obligatory, “Did you try restarting?” check?

Going by the data files Fleur de Lion is only scheduled to become visible next week. They probably failed to account for Elite+ pass owners already able to reach this reward this week, it’s not the first time this happened.

Same thing happened to the Nefertani weapons on Campaign 2.
They fixed a few days later.

This will be automatically resolved next week, as the release date for the game is 2021-04-12 (see bottom of the screenshot): 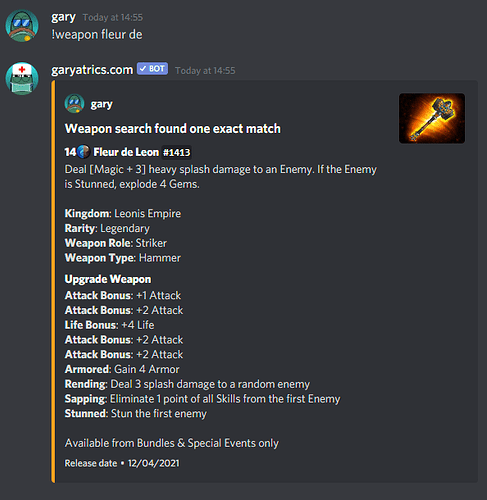 his will be automatically resolved next week, as the release date for the game is 2021-04-12 (see bottom of the screenshot):

I am not sure if it is acceptable by those who payed more $$$.

@Saltypatra @Kafka how many times the same bug will be introduced in campaign weapons and troops?

I am not sure if it is acceptable by those who payed more $$$.

One of the main points of the Elite+ Plus is to get things sooner. If I paid and didn’t get my item sooner, yeah… I’d be requesting a chargeback from my credit card company.

Most people learn from their mistakes. The problem with this team are mistakes because of laziness.

That will never change. They just make excuses.

So is the weapon completely unusable until this is fixed?

So is the weapon completely unusable until this is fixed?

Can you use something you can’t find in your collection?

… In other words. Yes. If a player invested in Elite + Pass solely to use this weapon at this time they are unable to do so since the weapon isn’t actually available to them.

Dang, wondered if there was a workaround of some sort. That’s extremely unprofessional and a slap in the face to paying players. The fact that this has already happened before and was supposedly fix is annoying as well.

Got an update for you all.

I hope this information helps, thank you for making a bug report.

Fixed. Now showing in-game.
Owned for the Elite Plus Pass buyers.
Unowned for Elite Pass (until the 600 stars reach) and F2p players.