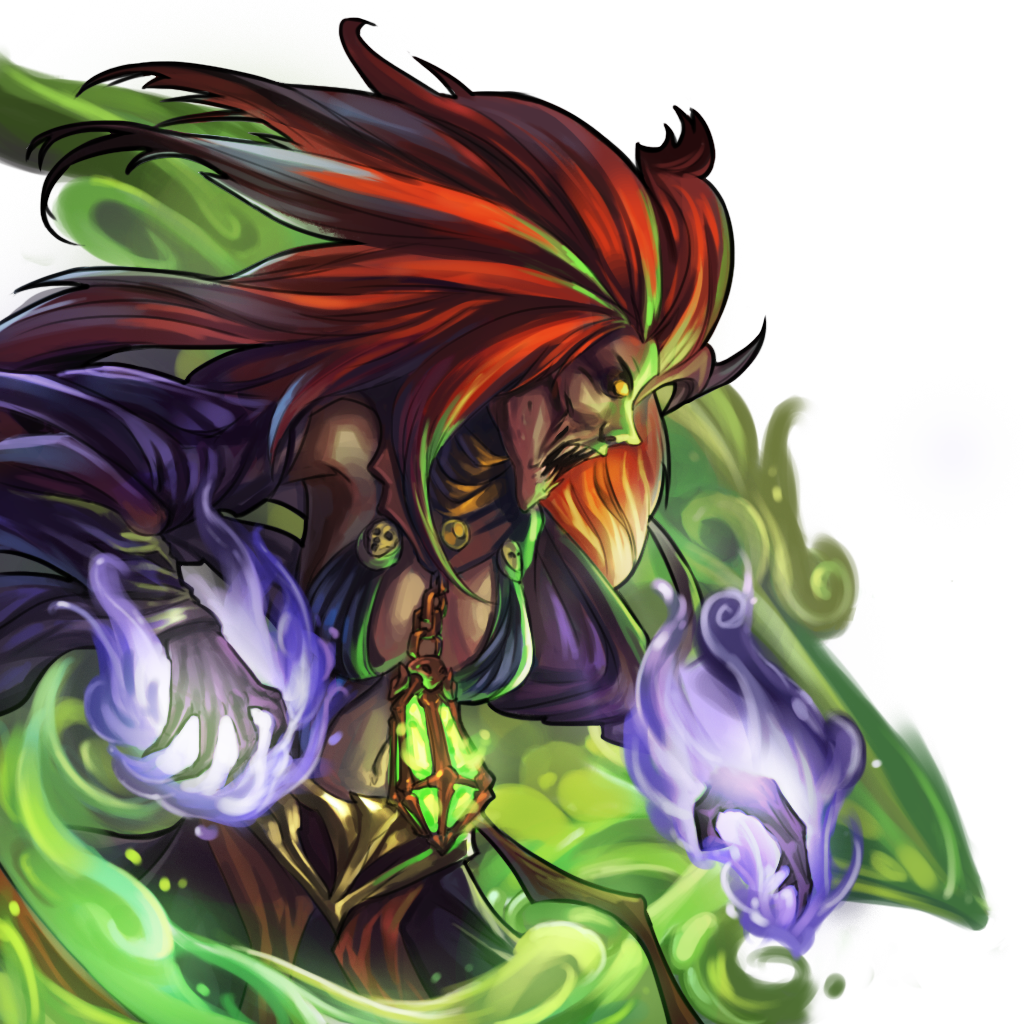 For the record, a Banshee, or Ban Sidhe is Fey, and is not Undead.

The word Sidhe literally means Fey, so if the Banshee is going to be only one Type, it should be Fey.

This is basically like having a Baby Dragon be Undead but not a Dragon (or Frost Giant and Giant, or Goblin King and Goblin).

It seems like the team has been trying to ensure that new Troops (and some updated ones) fall under two Types.
So this would be in line with game design, not just to please etymology or mythology nerds. (Although this is just straight out of a standard dictionary, this isn’t esoterica.)

Another option if you want to stick with the D&D (Undead) version of Banshee, would be to make the Banshee an Elf and an Undead. Elf is somewhat synonymous with Fey (although not in GoW, obviously).

P.S. I thought it was interesting that they chose to make the Marid a Human.

I agree 100& there…and they should change all of the hyena creatures from wildfolk to Gnoll…because that’s exactly what a Gnoll is.

she is clearly an undead by the look of the picture

and for the record , only banshee i know (from few sources) were undead - turned from a woman unhappy in her life that she decided to scream for the rest of eternity (and haunt humans ofc)

The word Sidhe literally means Fey, so if the Banshee is going to be only one Type, it should be Fey.

That’s quite a bit of freedom you took there, taking half the name and deciding from it that the creature is actually Fey.

According to Wikipedia, banshee’s original meaning in Irish is “woman of the fairy mound”, where “fairy mound” seems to mean a burial place in this context. The Banshee’s name does not contain any hints on what she is, only where she supposedly came from.

This is the most puzzling resistance.

"This says he’s from Mars, why do you keep saying he’s a Martian?"
Fairies come from fairy mounds.

You can open a standard print dictionary, this is not some crazy theory.

As far as taking “half” a name, that’s exactly how etymology works.
Root1 + Root2 = word
Acrophobia = Heights + Fear even though only “Half” the name means “fear.”

I assume it’s a fear of heights and not open spaces because “half” the word is heights.

Google Sidhe or The Sidhe. No liberties taken.

I’d like to reiterate I suggested that they ADD FEY, not remove Undead.
Anybody who likes the Banshee as Undead, rejoice, she still will be!
[Like I said, this resistance is puzzling.]
More types = more fun for GoW, more interactions, more synergies, more weaknesses.

Please make the case that she’s Undead using any tools and logical assumptions at your disposal.

The aos sí ([eːs ˈʃiː], older form aes sídhe [eːs ˈʃiːðʲə]) is the Irish term for a supernatural race in Irish mythology and Scottish mythology (usually spelled Sìth, however pronounced the same), comparable to the fairies or elves. They are said to live underground in fairy mounds, across the western sea, or in an invisible world that coexists with the world of humans. This world is described in the Lebor Gabála Érenn as a parallel universe in which the aos sí walk amongst the living. In the Iri...

As fascinating as the lore behind the name is, it’s a fact that in most fantasy settings, banshees are represented as restless undead spirits, not fey creatures. I think you are spitting into the wind with this particular request.

I do love a bit of crossover mythology like best of us. I’d rather Fey was written Fae. While we’re at it we should distinguish Seelie and Unseelie Fae.

I agree it feels right that Banshee could be Undead Fey. I don’t agree that this is unarguable logic though, it’s all made-up fantasy nonsense anyway. Next we’ll be saying half the dragons don’t look like proper Welsh dragons…

the same wiki also confirms it could as well not be a fey but ghost(undead):

"The tales sometimes recounted that the woman, though called a fairy, was a ghost, often of a specific murdered woman, or a mother who died in childbirth." A banshee (/ˈbænʃiː/ BAN-shee; Modern Irish bean sí, from Old Irish: ban síde, pronounced [bʲan ˈʃiːðʲe], "woman of the fairy mound" or "fairy woman") is a female spirit in Irish mythology who heralds the death of a family member, usually by wailing, shrieking, or keening. Her name is connected to the mythologically important tumuli or "mounds" that dot the Irish countryside, which are known as síde (singular síd) in Old Irish. There are many varying descriptions of the banshee. Sometimes she h...

“This says he’s from Mars, why do you keep saying he’s a Martian?”

“Martian” still only means “came from Mars”, it doesn’t say anything else about the person/creature itself. If there are multiple races that can come from Mars, it can be any of them - humanoids, animals, even a normal human who happened to be born and raised on Mars.

What you’re trying to do is give the name of a place more meaning than it actually has. Sidhe - “fairy mounds” is the name of real mounds that exist all over the place, and would be called that by people who don’t believe in fairies all the same. Many places are named after things that don’t even live there - not everyone who happened to come from Buffalo is a large bovine, even though you call them “Buffalonians”.

A lot of the stuff in this game borrows from standard fantasy RPG lore, most of which is based directly or indirectly on D&D (which in turn borrowed heavily from Tolkien but I digress).

In D&D, banshees were undead.

When in doubt about how different mythologies, popular culture, literature, games, and Gems of War’s in-universe story interact, refer to Bellisario’s Maxim for the answer: “Don’t examine this too closely.”

Banshee had the type Fey added. I hope you’re happy.

Banshee had the type Fey added. I hope you’re happy.

Why on Earth would anyone be unhappy?

As fascinating as the lore behind the name is, it’s a fact that in most fantasy settings, banshees are represented as restless undead spirits, not fey creatures. I think you are spitting into the wind with this particular request.

Looks like spitting in the wind isn’t as bad as one would imagine!

Damn, never let it be said that this dev team ignores its customers. Very classy, guys.

Who keeps spitting in the wind!!!??

It keeps hitting me! STOP IT!

Who keeps spitting in the wind!!!??

It keeps hitting me! STOP IT!

I just thought was rain… do you mean it wasn’t?

Your emoji game is off the charts today efh!