How is it possible to get PvP spammed by one player?

So today this one person was able to fight me well over 10 times in Ranked PvP, even being able to fight me 4 or 5 times in a row.
Player is ranked 4th (lvl 1919), while i am ranked 150th (lvl 446) in PvP.
Looking at his stats, close to a 775 win streak, i wonder why it’s possible to be PvP spammed/bombed by someone in this way to help him pad his stats.

I seldomly see the same person back to back, let alone 4 or 5 times in a row, so how is he able to fight me this often in a row?
Even after i blocked him after the initial PvP spam, he was able to fight me. 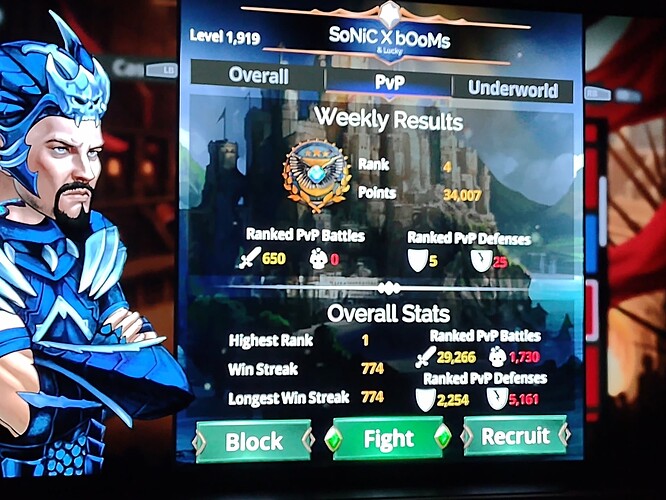 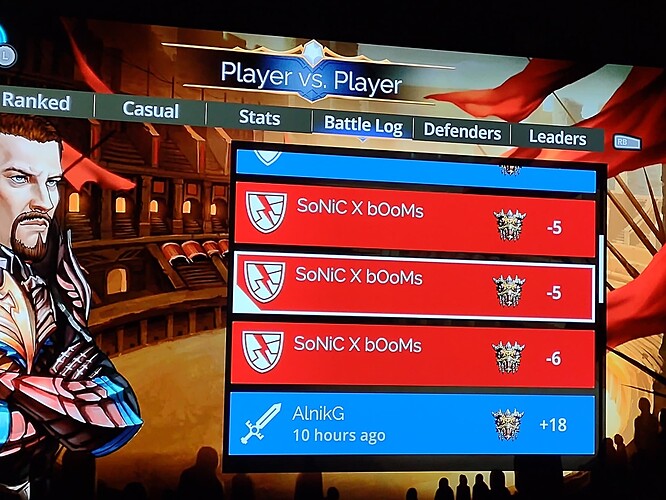 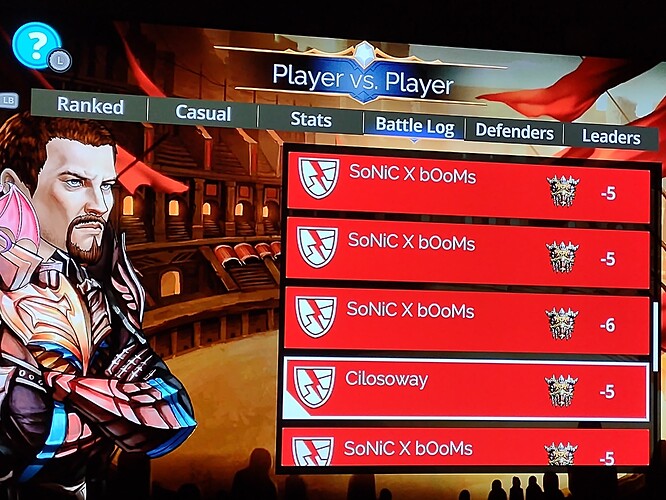 There’s really only upside to people farming you in pvp. You get rewards for losses, and the end of week ranking rewards are negligible. Many players purposely set autolose teams like firebombs to encourage others to farm them.

While for you, its 4-5 in a row. He fights against many other players between those fights, but you just can’t see it. That’s why he rank so high.

The PvP matchmaking system often gives you the same opponent every 3-4 battles too.

Many players purposely set autolose teams like firebombs to encourage others to farm them.

I’ve been wondering about this myself. I don’t PVP much, especially since approximately half of the matchups are against a very specific Blue-Green Scatter Damage dealer (who shall remain nameless). So seeing one of these joke teams every now and then is actually kinda funny.

The very first time it happened, i was actually online myself, and that block literally popped up like that, while i was doing the Hellcrag Guild event.
So it wasn’t spread out, it was literally about 4 times in a row.

You really think they are wasting gems just to target you a little bit faster?

Or… is it just that they do loads of PvP battles anyway and it is easy for them to win against you/they have you as an opponent very regularly?

No need to think it is someone doing this deliberately

No need to think it is someone doing this deliberately

The players rotate based on who’s next. So I agree with what was said. If I come across the same player in a group (group of 3 to choose from) that has a match of difficult teams, I would challenge the same player again depending on how fast I want to get through PVP. If this happens again I’ll challenge a different team even if that other team’s difficulty is higher because I want the challenge. Not everyone plays the same but the players we get to fight rotates the same, whoever is next is next.

They most definitely do not waste their gems to find you. They just fight what ever happens to be easy team to beat at quick glance, and because of broken match making you just happened to pop up for that one user who is good at the game. It is as simple as that really.

I click the easiest battle each week with my Pho team to quickly get 25 wins to get all rewards and then forget about PVP for the rest of the week. I notice I end up fighting the same 4 or 5 people doing it this way over and over. I am not picking on anyone, just the path of least resistance.