(Yes, I am early because I have no time during the next days. No, I don’t care; this is my job. Also I forgot how to center text and images on here. Go figure!) 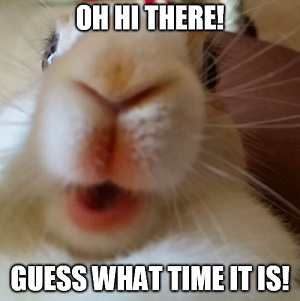 Hello, one and all! I have returned for just a moment to give you the yearly reminder that the most important holiday is upon us all: The Bunny-Worship-Festival (also called ‘Easter’)! Let us all enjoy these glorious days to adore the greatest of animals!

No matter what else you might celebrate during these days, here are some adorable and cool bunny-facts for you, as well as loads of cute images and gifs! 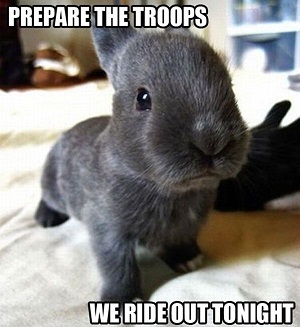 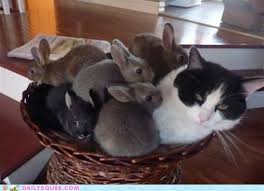 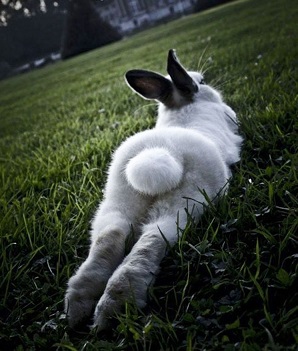 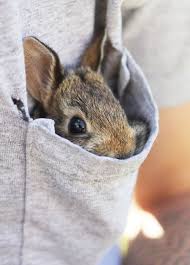 And the most important fact of them all:
Bunnies are clearly a superior species and should be worshipped at all times, not just on Easter! So relax, get yourself two or twenty bunnies and dedicate your life to these adorable companions. Bunnies don’t care about your gender, religion, nationality or weird hobbies, so learn from their superiority and have a happy, peaceful Easter along with them! (And yeah, other animals are like that, too - but their noses don’t wriggle cutely, so there!)

Horses are far less cute, though, which is sad for them!

I miss you (and others) from here, too, but there’s just nothing really for me to say anymore. If this forum would be more about bunnies, things would be different…

But yeah, I haven’t played a GoW match in several months and won’t start again - at this point, after having seen the latest patch notes, I can say with certainty that if I would have discovered the game in its current state, I would have never started playing. It’s just not for me anymore. And since the forum is, for whatever reason, not fully about bunnies yet, I have very little to say because of that…

But here, in this thread, I was able to post about bunnies again, so…bunnies!
And horses are pretty cool, too, but not as cool as bunnies. But that’s okay since nothing and no one is as cool as bunnies!
Here’s a bunny with a hat riding a horse! 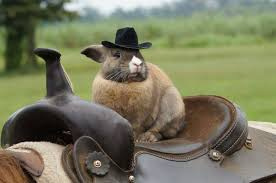 Thanks for dropping by. Loved your post. Found out tons of stuff about bunnies I never knew. Thank you!

I’m glad if I could make you (and others) smile with the post!

Getting ready for Easter.

Good to see you around here again @Sheba. Thanks for this post I learned a lot about bunnies. I still want a couple but with 3 cats I don’t think it’s a good idea.