I did a search and saw similar issues reported, but it doesn’t appear on the known issues list and I never saw a solution. 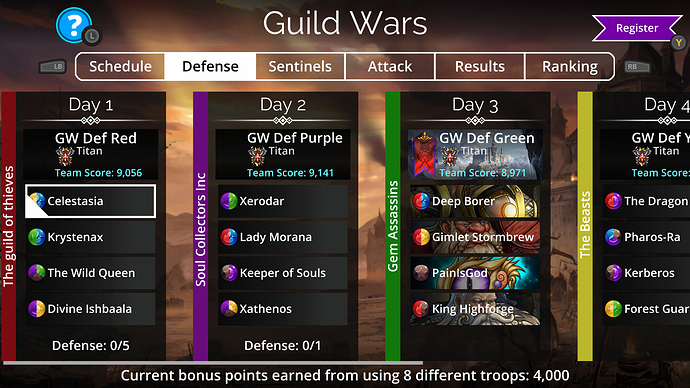 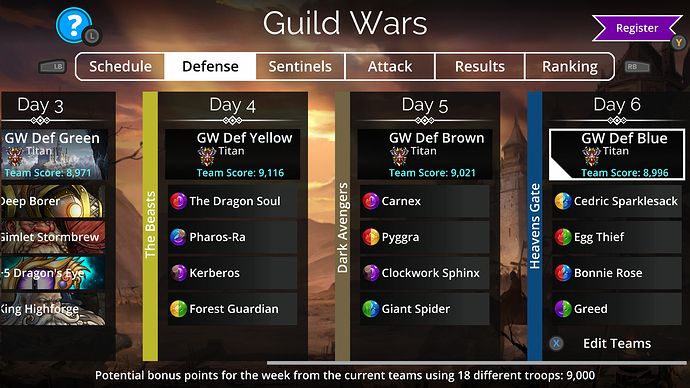 What you were expecting to happen, and what actually happened
I expect to see a potential bonus for using 24 unique troops. I can switch around teams and it will display a bonus less than what I expect even though it shows 24 unique troops.

How often does this happen? When did it begin happening?
I noticed this same thing occurring in the previous Guild Wars late December 2018 in a different guild and thought perhaps it was counting the duplicated hero as non-unique. Now that I even only use my hero once and 23 other unique troops, it shows a potential bonus lower than 24.

Steps to make it happen again
Shuffle teams in Guild Wars Defense and look at reported bonus at the bottom.

Some of the previous posts seem to indicate this is a display issue, but I wanted to be sure. I have used the team re-arrange/sort feature to move my Guild Wars teams to the bottom, so perhaps that helps start this problem? Since I can’t get an accurate potential to show, I get unsure if I can use a duplicate hero/weapon/class and still have it count as unique. I don’t know how to verify I’m actually rewarded the correct bonus points. Last time this happened in late December, by the end of Guild Wars, the defense screen showed a lower than 24 Current Bonus.

Yeah, it is a display bug that has existed for months but never got fixed…
As you navigate through the defense page, the numbers at the bottom will decrease.

Mine looked a bit odd too, but I think it’s just visual.
First battle of the day includes the bonus, and mine looked OK.

Hey, sorry this is a known issue

It’s a visual issue only thankfully!