Grin And Bear It

Originally published at: Grin And Bear It – Gems of War 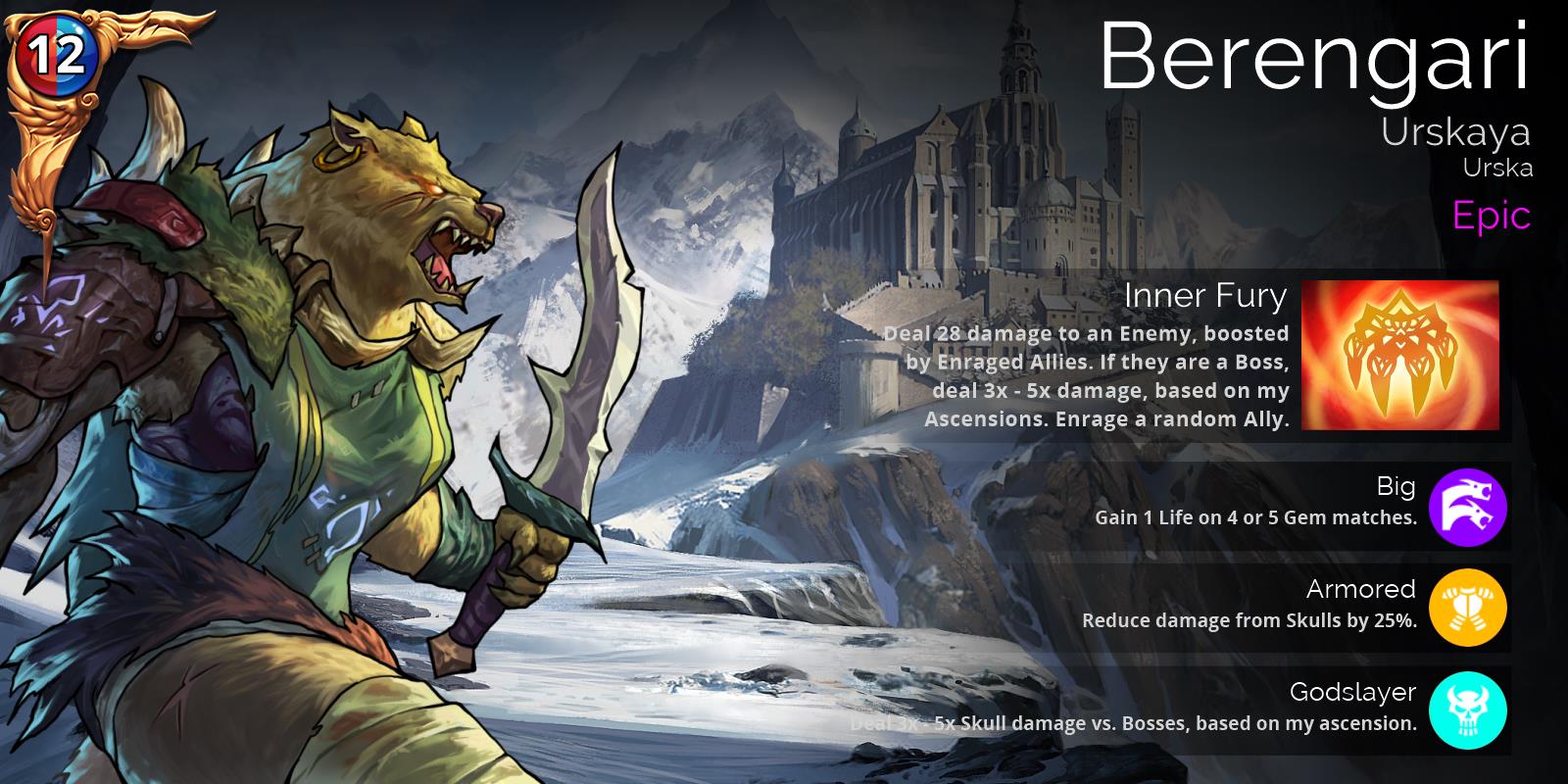 Berengari will be available in the Raid Boss Shop, and will appear in Glory, Gem, Guild, and VIP chests in 3-4 weeks’ time. 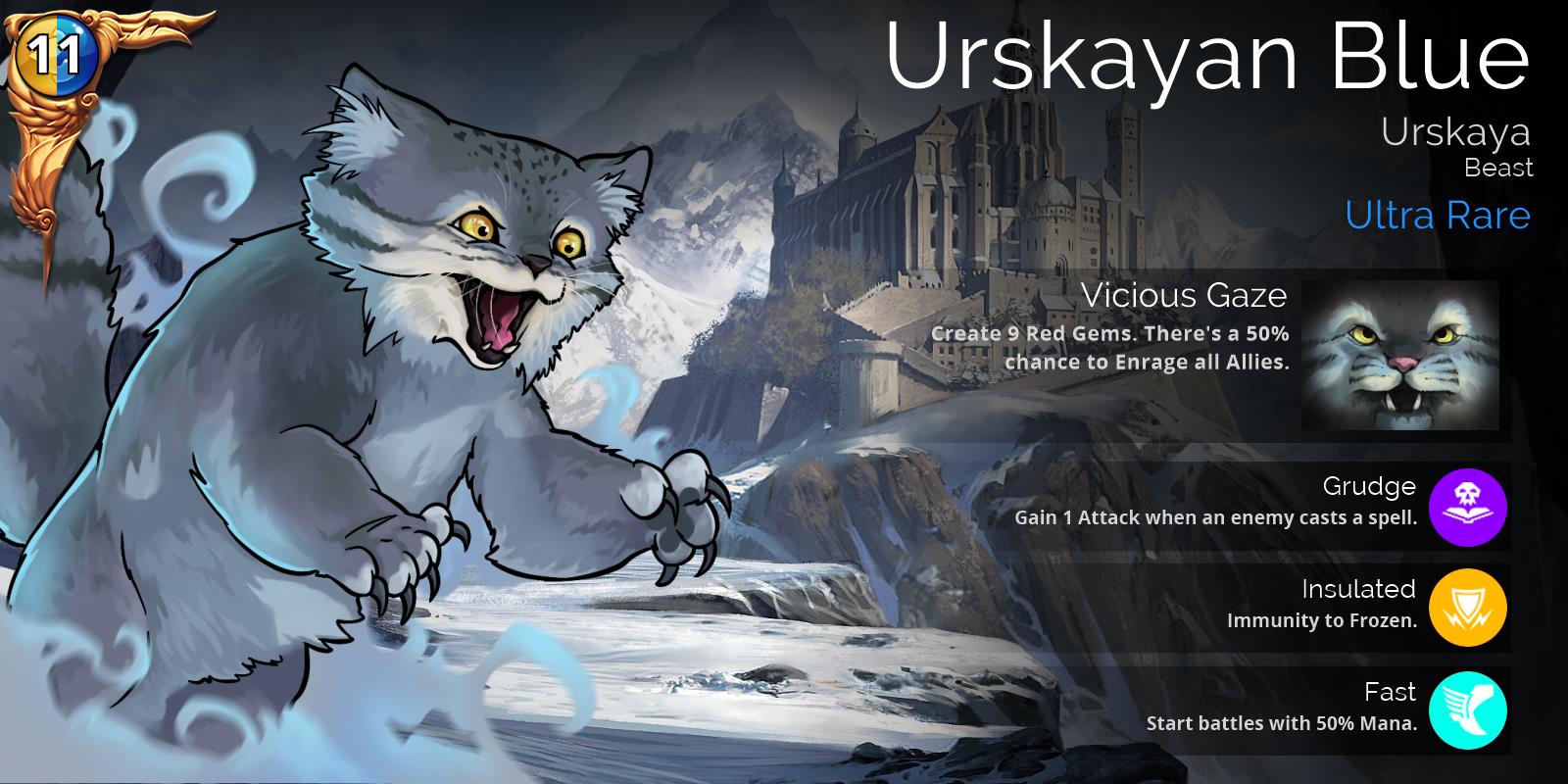 The Urskayan Blue will be available this week for 300 Glory in the shop as well as in Event Chests, and will appear in Glory, Gem, and Guild chests in 3-4 weeks’ time. 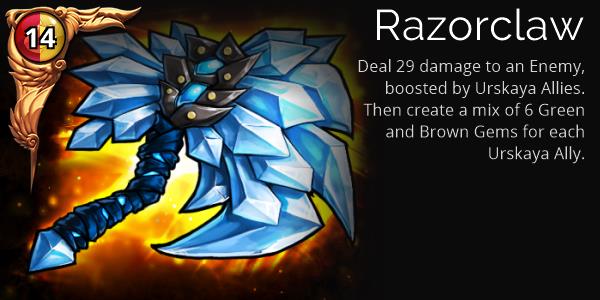 Everyone needs to buy tier 5 this week.

These cat emojis are going to get me banned for spamming

What is that portrait?! It looks familiar, yet definitely not the glory troop.

Weapon is finally decent (but can backfire hard on event itself ;p) seen at least it make the right color for urska Mythic.

But about emoji only on shop tiers i disagree (disagree on “great event” part i mean) and for how much i like cats no way am gonna buy tiers only for some emoji, but that’'s actually the way they gonna use, more than potions, to have ppls waste more gems, put “exclusive craps” on shop.

Pretty sure it work (hf completionists lmao) but from me, take that: 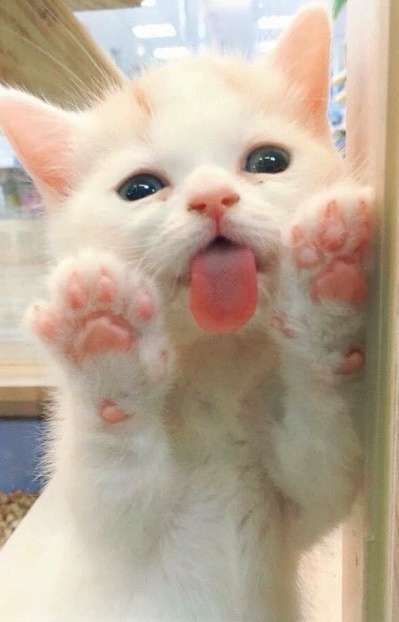 I thought the emoji and portraits were going to be sold separately at some point? Is that not happening yet/ever?

I thought the emoji and portraits were going to be sold separately at some point? Is that not happening yet/ever?

Unfortunately the weapon has a create one doom skull “upgrade”. Haven’t they gotten the message that this is a downgrade yet??

like we are supposed to do about the hugely unpopular change to the PvP points system, given that that the devs choose to remain silent about it?

A bit of reminder about today’s Faction Event.

The Warren’s Event Rating is 194.59. To get estimated score for beating all room until Level 80, you can just do this…

Almost 2K away from getting 2nd Orb, so if you want it, don’t forget to buy 1st Tier first before playing!