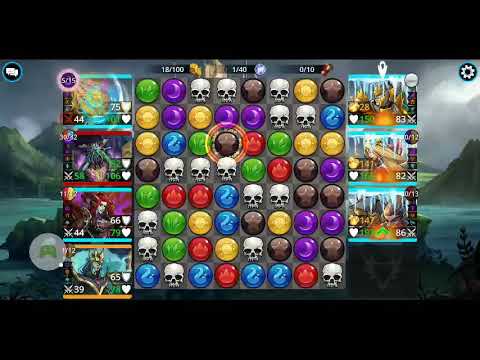 What you were expecting to happen, and what actually happened:
When fighting explore battles in Ghulvania, despite my class being Monk, I receive Deathknight XP. These fights also increment the campaign counter for Deathknight battles. Every other battle is instead in whitehelm, and is a totally normal explore 12 fight aside from being in the wrong location. The fights in whitehelm do not progress the ghulvania explore battles counter.

How often does this happen? When did it begin happening?
It happened consistently until the game was force quit and restarted.

Steps to make it happen again
Unable to reproduce.

The team I was using I had made during the session with the error. After resetting the game, the team appears to have never been saved, and its slot has the previous team. It also defaulted me to an entirely different slot, and the team in that slot is using deathknight.

The progress I made in explore and the campaigns were successfully saved, so the bugged matches clearly had to have counted even if the team update did not.

Another detail about the above issue: I tried several other kingdoms while the bug was happening, and no other kingdoms had the issue besides ghulvania.