I’m using a character in my main deck that is supposed to get an extra turn if their attack kills an enemy. I also use a goblin deck. I played for hours yesterday and the game kept blocking extra turns that I got through attack and 4+ gem matches. Happened several times on me, but only once for AI. I start playing today after I got home from work, and I’m still having the same issue. Is there something I’m missing?

I have noticed similar things too. I see us losing extra turns all the time.

There’s no known issues that we are aware of where the game will miss an extra turn. To help understand your issue:

Please note that if any Troops were frozen you would not have earned an Extra Turn. It can also be tricky to see what is happening on the board if you are on 4x speed.

This happened so many times to me when I played Monday and last night, I’m hardly going to be able to recall all the troops I fought. However, the first deck I was playing with was Luther/Claw Dancer/Warlord Battleaxe/Unicorn. The goblin deck I was using was Goblin Rocket/Bugbear/Princess Fizzbang/Ice Goblin.

As I stated before, I’m not going to be able to list all the troops I fought, as I was just exploring. The kingdoms I spent the most time in were Glacial Peaks, Dragon’s Claw, and Grosh-Nak. This occurred even when there shouldn’t have been anything to get in the way of my extra turn. There were a few instances where the AI somehow managed to get an extra turn when there was no reason for them to get one. The game doesn’t move so fast that I can’t keep up with it.

This week i see it also many times, that my 4 match extra turn be ignored and the Ai takes her turn. Without freeze or something. Totally random against all kinds of teams.

Well, if anything, I know it’s happening to others and I’m not completely imagining it.

Thank you for the report.

So, if you notice it again, please make a mental note of it (Troops, the Spell you cast and the steps that occurred) and feel free to get back to us.

I’ve had two situations where I lost the turn when it was impossible.

Firstly, Delve, the room with Domovoy and Goblins, (Domovoy buffs forever and after everyone else), I went first matched 4, the AI took over. Just like the old bug. I’ve not had it do that since the patch so I doubted that it happened, didn’t video it but was surprised. No freeze effect on the go, it was the first turn of the game. Asked guild members, no-one had had the turn bug, shrugged it off.

Second, bounty today. Stage 14 or 15, mid game, not turn 1, there’s a three match horizontally, that if swiped will drop 4 in a line - connect 4! I swipe, the 4 drop, extra turn and the AI is going again… No freeze, none of the bounty opponents have it. It followed me matching 2 or 3 4 gem matches, keeping the turn and I can see this 4 turn in the top left corner of the board, so I’m doing this move immediately after my previous 4 match, a second after and then the AI moves 3 gems before I can go again. It can’t be lag, it wasn’t their turn.

There have possibly been more but these two stand out.

Now I am suspicious of the moving too soon bug from before. I haven’t tried to replicate the turn 1 bug anywhere else, so I will when doing explore and see if it can occur again.

It could be just a mistake on my behalf, maybe I someone screwed up the move with the swipe to drop the 4, so I will try and replicate things with quick moves at some point and hopefully have it recorded when I do.

After months i managed to get over 230 3trophy matches without a loss (what with cheating Ai is near impossible) and then you loss because this bug against a team that can nothing -.- 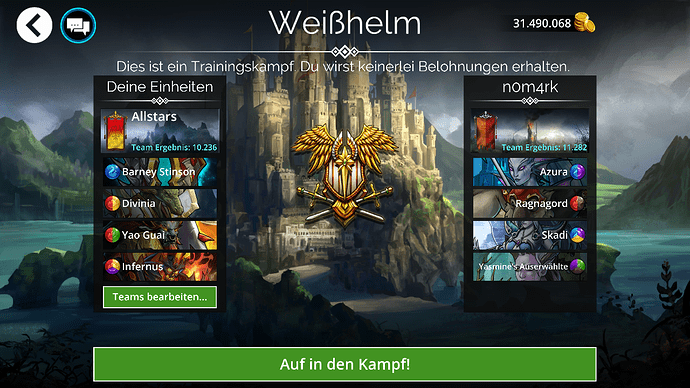