The top bar in the new dungeon design does not fit in for 4:3 screen ratios (resolution used is 1024x768). Just as with the pre-fix delves, the upper right is cut off.
In this case, it is not a major problem, as it is just a bit of info, not a button. Still may deserve some attention when the next bundle of patches is done.
Game running in PC version; should be the same on every device that uses a non-widescreen display.

Also as you see, the font for the info, that an offer has been purchased, gets a little blurry in lower resolutions. It is obvious, what it means, but maybe you can still get around to have a look at this too. 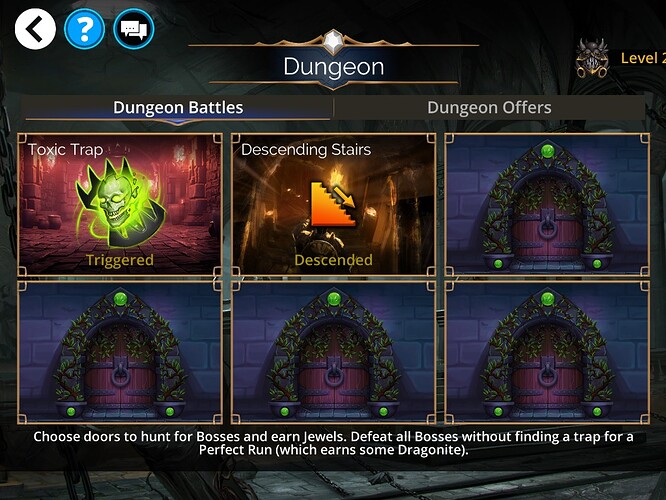 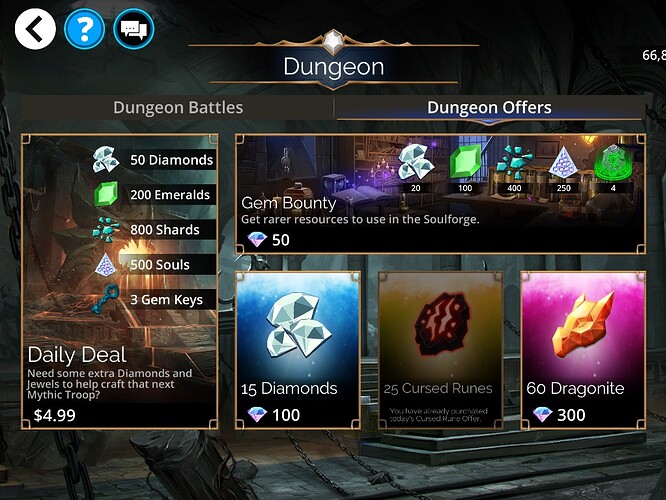 Note the text right from “Dungeon” (level 2 and 66,8… respectively) and the text below the greyed out rune offer in the second screen.

Thank you for reporting this graphical issue. I’ve been able to reproduce this issue.

I have reported this to the development team to get that fixed.

It’s three months now, and the issue on the main screen (first screenshot) is still there. I’m pretty sure, it has fallen through the cracks. Could you please remind them once more about it?

I would assume, as the issue is partially fixed (shop page in second screenshot), it was falsely labeled as done.

I’ve checked this issue with the development team and they have a fix coming out in update 6.7 that will address the issue on the dungeon main screen (first screenshot).

Main screen has been fixed in version 6.7
Issue solved.