Festival of the Sun

The Orcs would rotate out if I remember correctly. I kinda like not having to search which group to fight.

3 epic medals to save 1 legendary

I now have 2 Mythic tokens and 2 Legendary tokens. I reckon I should start doing more explore. Maybe tomorrow.

They’ll say it’s intentional until the Cat’s outta the bag, or cave in this case. 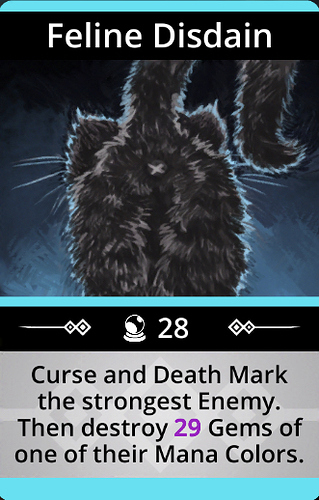 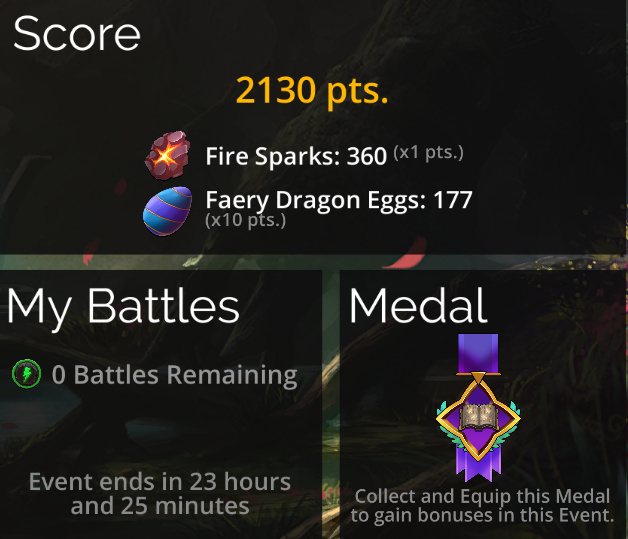 I estimated 2,068 as the result before even starting the event so this is reasonable. Especially since I do not believe there was randomness in fight selection.

I grabbed this the first day from the leaderboards and pasted it together.

Presumably they all followed the same path of choosing highest rarity every time.

The swing from a large amount of randomness to none was a bit shocking but if the extremes are all we get then this is better than the alternative.

1732 for me from Tier 2. Please don’t increase the points required for the next event Devs, instead increase the carrot (new weapon/troop) or maybe even throw in a nysha token in the tier 6 and 7 packs.

I suspected that was possible. Thanks for confirming it.

I actually think this is too low though. It means a 30 person guild could have completed it for just 100 gems each. We need a happy medium where it doesn’t cost 1,350 each either. Tier 3 or 4 like in previous events seems much better.

Tier 3 or 4 like in previous events seems much better.

Don’t forget that came with a new troop or weapon.

Especially since I do not believe there was randomness in fight selection.

These battles are randomly chosen, but they all have an equal of appearing on the map.

Ran through a couple dozen battles on a couple accounts. The order of battles revealed appeared to be static from player to player. According to the first post, the battles are random. The only way to reconcile both being true is to think of each battle as a card within a deck, having one deck shuffled and that order copied to every single player. The first five battles are the same for everyone, and every battle revealed was the same “next card” *regardless of which one was selected. My battles with Glitterclaw were extremely frontloaded compared to Tinseltail in both instances, and I got the same reveal order even if I intentionally chose not the highest rarity option currently available. (It is possible this is another mistake and it was never actually “random”, but the pattern the battles are revealed in makes it highly unlikely a person chose to have them reveal in this order, it more or less followed the median point gain that a random distribution would have once we hit a certain number of battles, and I doubt effort would have been put into actually selecting a set order to mimic randomness when just using random picks would work fine)

Basically, all “randomness” was resolved before the event even started and that same order is used by everyone. I mean, this is certainly better than having any kind of score influencing randomness, but it also means that none of the choices were relevant. If its going to be a set order, why not be… a set order, with a predictable pattern? Why use RNG to determine the order of battles at all?

I am in no way saying that Council of Chiefs shotgun RNG all over the place is better, just that you don’t have to use RNG to make the battle selection process relevant. In fact, it is preferred if you don’t use RNG, especially not any in the way that would influence scoring. For example, have multiple low rarity battles with different types of troop from different pools, instead of one low rarity battle that pulls from a small troop pool for very static variants of that one battle. Instead of giving out a “random” battle no matter which one you clear, the one you defeat reveals a higher rarity and higher scoring version of the same battle (with a stronger main troop, talent, etc) up on rarities to form a series, and then when a series is cleared, goes back to the low rarity version for another round of selection and advances the level. Different paths have different opponents to fight, possibly even different amounts of battles, but all paths would resolve into the same score over x number of battles, and thus work way closer to how the system was said it was going to work when it was first talked about - you can take the path you want and have a different experience, but your score over time would be the same.

All this considered, having the choice of battle being nearly completely irrelevant and everybody gets the same battles and score potential (this one) is still infinitely better than having the choice of battle being actually completely irrelevant (cause RNG both on the battle offers and score) and drastically influencing score potential (Council). If you can’t pull off having relevant battle selection without randomizing potential score, please just use the Festival of the Sun method. Not having relevant battle selection disappoints me because it is wasted potential, but not being able to estimate my buy in or have a semi-consistent score for a certain buy in actively irritate me and drive me away from engaging in the event altogether.

I have no problem with static scoring. Raid/Invasion have always been this way. I think it’s safe to say most prefer it this way. Who knows what they were thinking with CoC? Maybe they were just running a test and we are all just lab rats to them.

This video explains how to look for signs:

Real talk – I’ve seen at least two people recommending to others that they use their Medals of Summer to upgrade troops before the event ends because they can only be used for this event.

I had a quick look through the event interface, and couldn’t see anything that said they get converted into Medals of Seasons. Can someone point out where this is said for me, and can this also be made more clear? I hate it when (especially newer/lower level) players miss out on rewards because something wasn’t clear or the information wasn’t available (i.e., “Oh! If I’d known that, I would have done something completely different.”)

Event Medals: New Events will have new special Event Medals, Badges and Tokens. These can be earnt from some Reward Stages and will also be available in the Event Shop. These Medals will be good for the event they are given in, and at the end of that event will convert to Medals, Badges and Tokens of Seasons, (a new Medal in this update) so you can use them to gain Elite Levels on your Troops. Event Medals may have 1 of 3 different powers:

My stats for the week.
Tier 6, all battles won, no Valraven escape.
Always choosing the best rarity, at lowest level.
Hope this is useful! 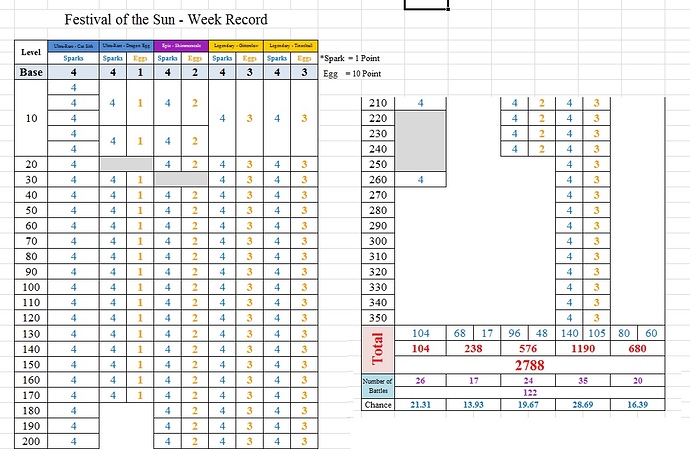 I also purchased tier 6 and ended up with the same score.

I’m definitely a fan of this level of predictability.

Please add the magic damage or attack from medal events so we don’t have to be making math!

[Not a bug] Medal of Summer works, but not reflected in description Feature Requests and Game feedback

Ideally directly to the card. So the stat or spell damage going up on the card rather than a little pop up to the side like the boosts do. That would be significantly easier on my poor addled brain the week after GW

If not there then something like the boost I guess. That could get complicated and need a whole new pop up for it though. I actually assumed the difficulty is why we didnt have it already.

Agreed. There was some discussion of it in the link above.

What about in-game, though?

De-centralized approach to protect the data: some info given in forums, some bits in streams, and a lot never revealed (and possibly unknown even to the developer).

@Saltypatra @Kafka Please give the chefs my compliments on implementing player feedback and reducing the score requirements for the world event. Thank you so much!