Dragon's Claw. Thanks for the DRAGON Kingdom! xD

I’m so pumped that we finally got a Dragon Kingdom. Even better it comes with The Dragon Soul, our first viable alternative to Valkyrie. I love the artwork on Dragon Soul, he appears to be an Azure Dragon from Chinese legend. There’s only four outstretched claws on his visible limbs but like Celestasia, who is also very asiatic in design, I see that Dragon Soul appears to be swallowing a gleaming Pearl of perfection. Beautiful!

We’re going to see many new team builds featuring this dragon troop once he gets into general circulation.

I’ve had a lifelong love of dragons, always. It all started as a kid when I thought dragons were real because, you know, the obvious proof was that DINOSAURS = dragons. That’s why when I first picked up the “DinoTaur” troop I immediately thought OOoo, DINOSAUR!

My 9 yr old self liked molding brontasaurus and pterodactylus etc out of pottery clay. I painted them in shades of green and grey because my kid brain figured their skins just had to be a cross between an elephant’s and an alligator’s hide. I was also secretly thrilled back then that the British legend of St. George and the Dragon was obviously a historical mis-identification of “real” dinosaur science.

With respect to the St.George type of dragon, Sylvanimora looks more like a classic green Forest dragon, or perhaps a Moss dragon. I don’t have Sylvanimora but, of course, would really like to get her. She has that wonderful Tolkien look that we’ve come to associate with dragons, both scaley and sinuous.

Can’t wait to see the future drago denizens who will populate our latest city. @Sirrian and team, thank you so much!

Nice to see the dragon fans having fun with the new troops. With some tweaks here and there the old dragons we already got could make a comeback.

Sylvanimora looks more like a classic green Forest dragon, or perhaps a Moss dragon. I don’t have Sylvanimora but, of course, would really like to get her.

I wish, because reasons, that “Salad Dragon” could be wingless. A dragon bound to earthen powers wouldn’t need to fly at all. In my fantasy settings i created a serpentine dragon without wings or limbs, but the very connection with the forest was enough to turn it into the fastest being you could find. With powers over poison, earth and plants and knowing ancient secrets it was a good hook for adventures about finding ancient civilizations, forbidden lore, rare plants and poisons for antidotes.

Glad to here you are enjoying Dragon’s Claw and its troops. Needless to say we are dragon lovers ourselves and have a couple of more dragon troops in the works.

Nimhain with guild wars already being talked about, are there any plans for guilds to pick a symbol or creature to represent them. Say 5 creatures max. Example: Dragons, Wolves, Orcs, etc. You’d have to make sure it’s evenly matched for every guild, but you get the idea. Is something like that being talked about? So guilds can unite under one banner, and feel proud to represent that “team.” So several guilds would get points or rewards or whatever is given to guilds that “win.”

That’s an interesting idea. I think there may some stuff in there we might discuss further, even if it’s not for Guild Wars but another mini game.

You could even have “seasons.” Like for 3 months guilds battle it out and at the end, those guilds get some kind of token to show they won. Along with extra perks/materials whatever it may be. It would have to be balanced, but I think it could really bring some excitement to the game. May even keep those top guilds competing even harder when they know they’re helping out lower guilds. Season 1 winner-Dragons, Season 2 winner-Orcs, something like that.

Edit-Sorry I’m bringing this up in this thread, lol probably not the place to do it. Just an idea that popped into my head.

I’ve been wanting to ask for a while now, if it’s okay to ask, who are the main Artists/ teams responsible for creating the look and feel of creatures like Celestasia and Sylvanimora? Who does the research on what they should look like, and how are the troop names chosen?

I guess the reason I’m thinking of this is that Ivar called Sylvani a “Salad Dragon” and I thought, well, surely the name can’t possibly really mean “insalata verde”…

So much of the labour that goes into creating artwork like this often remains nameless, I sometimes wish you could discreetly insert the artist’s initials into the frame at the bottom of the traits card.

Also @HKdirewolf I like the idea of having creature totems for guilds, but you’d still run into the problem of players preferring certain symbolic factions over others. Orcs and Giants would become under represented compared to players wanting to be Dragon Guild, for example.

Yeah that’s why there’d be a max limit for either faction. So at some point guilds have to pick those totems. If they hate the fact that they didn’t pick the cool ones fast enough then there’s always next season or week. Whenever it rotates again they could pick that faction. I’d rather it change for that fact, rather than be stationary. We couldn’t have @Tacet be in the Dragons every week/season.

Also Orcs and Giants were just an example, there may not be that many fans out there of either. Maybe we could take a forum vote on the symbols/creatures that could represent the guilds. The idea would be so either faction you end up in you could take pride in it. Plus at the end of the day there will be rewards up for grabs for whatever faction wins. Maybe 1st, 2nd, 3rd place type of deal, so if you want those rewards you are going to fight regardless of the faction you are under.

Edit- Maybe to add on to what Nimhain said about a mini-game, we could have guilds draw a symbol/creature out of a mystery chest. That way it’s fair for all. Like a reach into the hat and pick a card type deal. That way you never know what faction any guild will end up in. It would be a pleasant surprise for a lot of the lower guilds to see that Tacet’s guild or any of the great higher up guilds, are in their faction.

We couldn’t have @Tacet be in the Dragons every week/season.

I’d always be a dragon regardless of that.

I’ve been wanting to ask for a while now, if it’s okay to ask, who are the main Artists/ teams responsible for creating the look and feel of creatures like Celestasia and Sylvanimora? Who does the research on what they should look like, and how are the troop names chosen?

So there’s team effort between Sirrian, myself and our art director Rhiannon “Ashalind” Bolten to decided the look of a troop. Then Ashalind manages the art team who does the troops and guides them with the art style for each troop, though she actually illustrated Celestasia herself.

Sirrian and I work on the dragon names. We try to keep the names inspired from words that help describe them, so Celestasia came from Celestial, Sylvanimora came from the word Sylvan, Venoxia came from Venom and Borealis comes from the Aurora Borealis. Sometimes names like Sheggra, Venbarak and Dimetraxia come from words we made up but seem to fit the character.

Kudos @Nimhain @Sirrian Thanks for the peek behind the Wizard’s curtain. Ashalind… Needless to say, your team’s artwork makes my day every time I play

How about the music direction? The melody that plays during Treasure Hunt is driving me nuts because I recognize that tune, but I can’t place it…

Nim I greatly enjoy your name choices for troops because the magic is that often they DON’T feel made up. Sheggra is a great name that sounds appropriately fearsome and imposing. Also would make a great name for a new breed of ghost pepper plant. Venbarak, well that sounds Biblical. Dimetraxia sounds learned and cultured like classical Greek. I like how these names roll off the tongue; they’re not slavishly bound to English speaking norms. Your team must have some backgrounding in philology and etymology to come up with stuff that isn’t obviously anglic in origin. Appreciate how you’ve brought my dragons to life like this, and more. \o/

I guess the reason I’m thinking of this is that Ivar called Sylvani a “Salad Dragon” and I thought, well, surely the name can’t possibly really mean “insalata verde”…

By all means you should NOT overthink about the silly stuff i post sometimes.

It’s just an habit i have to put nicknames on characters in games. Some will stick, some won’t. On Sylvanimora’s case it beguns when @Mufasha spelled it wrong and i posted: “You spelled “Salad Dragon” wrong.” Other than that i think i only mentioned it before on my guild’s chat.

Naw it’s ok, I didn’t really think you were vouching for Sylvanimora’s name. Can’t overthink it that much because there are numerous pop culture references which are always going to fly right over my head, and new memes are created all the time, there’s no reasonable way to keep up.

But we do all know that the fiendish “Cthyryzyx” was inspired by Mister Mxyzptlk… No hiding that one, heheh. If there was ever a way to slam the brakes on discussing a specific troop in guild chat, then naming a troop with Cathy’s name would do it.

we do all know that the fiendish “Cthyryzyx”

Sirrian and I can actually pronounce his name.

@Nimhain You’ve mentioned that before…

I say, you’re not posing as Daemons holding us hostage to delight in fiendish player torment… Lady say it ain’t so

I do enjoy just saying Cathy, but now I’m curious.

I was just about to hit send on the exact same pronunciation!

I’ve read a lot of Lovecraft’s stories (though none of the expanded works by other authors), and I play a lot of the Arkham Horror board games, so I know just how unpronounceable - literally by design - the names can get. This one, clearly inspired, seems pretty simple comparatively

Some time ago, I read a quote from Lovecraft describing how to correctly pronounce the “Cth” sound and found both that, having human vocal chords, I could not do it myself, and all the so-called authorities on the internet do it wrong. 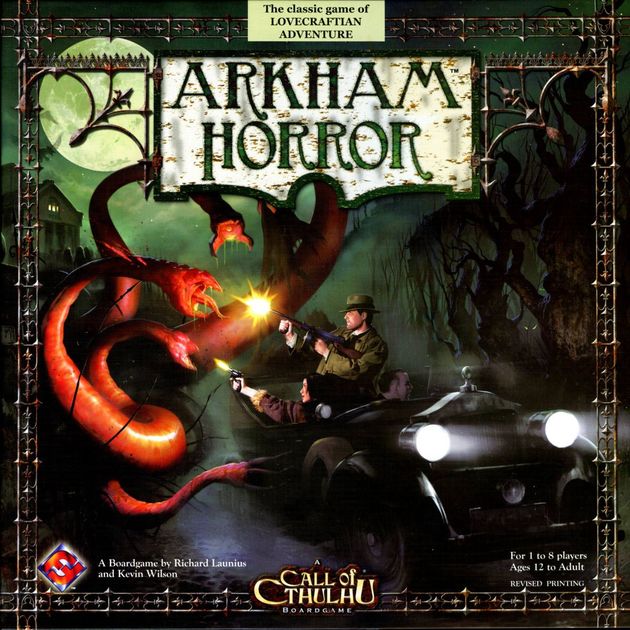 In a letter to the amateur writer Duane W. Rimel, dated July 23, 1934, H.P. Lovecraft addresses the issue of how to pronounce the name "Cthulhu." [q="H.P. Lovecraft"]The name of the hellish entity was invented by beings whose vocal organs were not...

The dragons are easily my favorite looking troops in this game! They all look fantastic. The amount of detail in them is amazing

I really like the new kingdom and am waiting to get dragon soul to try out some teams! But they look good so far and I’m excited to check it out. A dragon kingdom was a wonderful idea and seems well executed