I really love this game, I play it every day, love the updates and all. But can you do a little extra change about disenchanting copies? There is already an option that I can disenchant extra copies (that are more than 4x) when they reached Mythic. Now can you do that disenchants all of the mythic troops into 1x? Some players don’t wanna keep 4x copies of a troop, because putting them into a team makes no sense or have less strategy meaning, since the last two copy wouldn’t get mana at all (because they need the same colored mana). It takes really long disenchanting mythic copies down into 1x. And with this, I would gain at least 3000-5000 extra souls if I don’t wanna keep 4x copy.
So in the next update, can you guys please add a massive disenchant option that disenchant Mythic troop copies down to 1x? It would be really a big time saver. If not, then It’s fine.
Thank you!

This will disenchant all base mythics as well, which would be pretty much of a problem to everyone that doesn’t have every base mythic troop +4 times…

I think the problem with this is it creates a button that will be a disaster to some people, whereas the “down to 4x” button is “a minor annoyance” when it’s not what you want.

To me, the biggest impact of the “down to 1” button is it re-enables guild chests dropping the guardians. Currently, they stop dropping once they are all mythic and you have at least 4 copies. But if you have 1 copy of even 1, they start dropping again. Technically that will rob you of chances at mythics.

How did you even add all those thingies under the letters

Please consider this post a big down vote. No thanks.

If the issue is you need a few thousand extra souls and want to micro-manage the number of each troop card based on personal preference to not need 4 of each Mythic troop (based on your opinion you will not need 4 of a specific troop).
May I suggest that a more efficient use of time would be to just run a few battles with your soul farming team and collect more souls in the most direct and efficient way.

Nobody should want this feature. The fact you are requesting it suggests to me that you aren’t a particularly hardcore player and therefore haven’t considered all the consequences to this suggestion being implemented. I can’t imagine all the support tickets it would raise when people clicked this and lost their extra mythics.

I get it, but who would keep copies of a same basic mythic troop? Even the second one in the team wouldn’t get much of a mana.

I mentioned it would be good if there would be an option. You don’t need to do that if you wanna keep copies. To me, I find it no sense why to put 4 copies in a team. I fought against people who did this strategy and It just makes no sense at all. The last two doesn’t get any mana, even the second one barely get any, it just makes no sense to me.

It was just an idea to make disenchanting unwanted copies easier, didn’t know this topic makes people “rage” about the ideas and telling me how bull this Idea is, sheesh…

Maybe two but I really think 4 is best. There is plenty of troops I want to have two or three of. Ya, you could have both buttons but I would flip if I hit the wrong button and lost all my hard to get Mythics but one.

I have an Idea that it should be a choosable option. And to avoid the accidents, it should be an “Are you sure you wanna disenchant troops to 1x?” Maybe this would help.

It was just an Idea. Plus, I’m not saying that it should be a “Forcing you to do that” thing. It could be a choosable option, because I know there are players who wanna keep 4x troops, but it would be nice if there would be massive disenchant option. Again, you don’t need to chose this option if you don’t want to 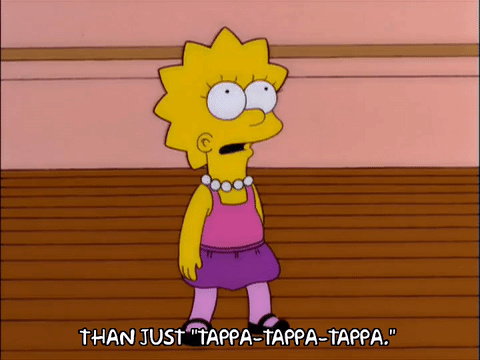 Oh believe me, I played long enough to know that feeling. I was excited that they put a mass disenchant option, but I realized that it disenchants down to 4x copies. So I’m still tappa tappa tappa. (I’m literally spending 30-60 minutes disenchanting every mythic extra copies down to 1x)

As a UI developer I know adding an “Are you sure?” doesn’t help. Clicking “Yes” is almost automatic there.

Furthermore I agree with the suggestion to spend that time doing eg explores with a soul-farming team. As a bonus you get more traitstones too.

Please don’t ever get this in. I’m enough paranoid about not pressing certain buttons as it is.

It’s not about not choosing if you don’t want to, it’s about accidentally clicking a button you didn’t mean to. That and, as said before, there is no reason to disenchant guild guardian troops to below 4, as that would cause them to drop from the guild chest again, and a big no thank you to that. Best to just chalk this one up to a lost cause, and delete the thread.