Delve, lycan and no casualty 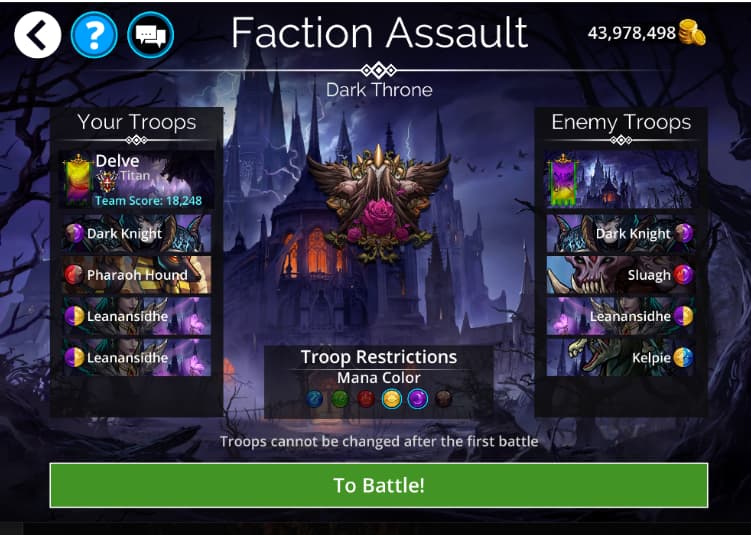 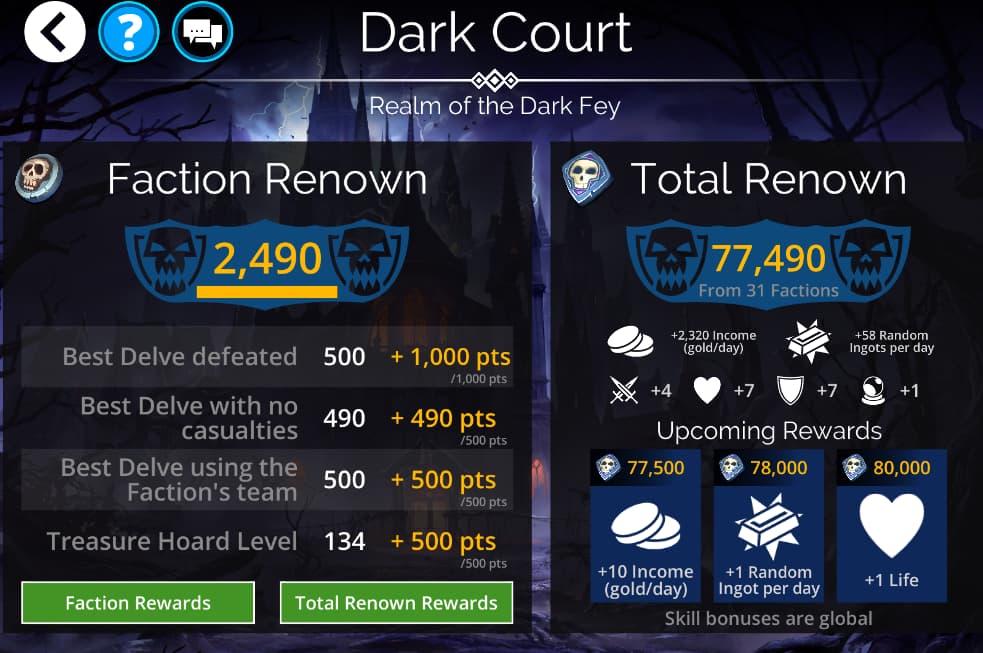 What you were expecting to happen, and what actually happened:
I got one of my troops lycantrophied to Pharaoh Hound while doing lvl 500 pure run. I did get the points from the pure faction, but didnt get the no casualty points.

How often does this happen? When did it begin happening?
Since the lycan gems were introducted

This isn’t a bug. It’s also exactly how Transform works when you get turned into a Giant Toad in witch rooms. It sucks when it happens, but it’s working as intended and is in-line with other mechanics which act similarly.

Now that you have Pure Faction 500 done, just beat it with a normal team on 500 difficulty to get the no death run.

I agree with @ctenn2ls to do L500 again with your normal team. It may not be considered as a bug.

The way I’ve tried to explain it to my guildmates is this:

First, there’s a check at the start of a delve run. If your team contains only troops from that particular delve faction when you start the first battle, you’ll receive the bonus for “usiing the faction’s team” if you complete the delve successfully.

Secondly, there’s a check at the conclusion of a delve run. If your team contains the exact same four troops at the end of the delve as you started with, you’ll receive the bonus for “no casualties” that that point. It doesn’t matter if your team was shuffled during the run. It won’t penalize you if a particular troop was killed and a replacement was summoned if said replacement ends the final battle as the exact same troop as the one who died. (For example: If you were doing a faction team run through the Primal Rift and you used the Alderfather to replace a Green Golem with another Green Golem.)

There’s a little flexibility there, but not much. One example of the lack of give is how it is nearly impossible to achieve a “no casualties” run – by the game’s measure – if you tried to do a pure faction team through the Werewoods.

So the other advice I offer my guildmates who ask is that they should do a no casualties run with a “normal” team at level 500 and only then worry about a pure faction run.

well since transform drops in the new super wolf generators, and gems cost money trying to do the latest faction pure was at best time and gem expensive… interesting thinking that bearing in mind the weakness of the faction troops