As a current thing Minecraft has made huge advances in getting Sony to accept the idea. Yes even the article says it could be denied later. But as of right now both sides are in good talks for it. 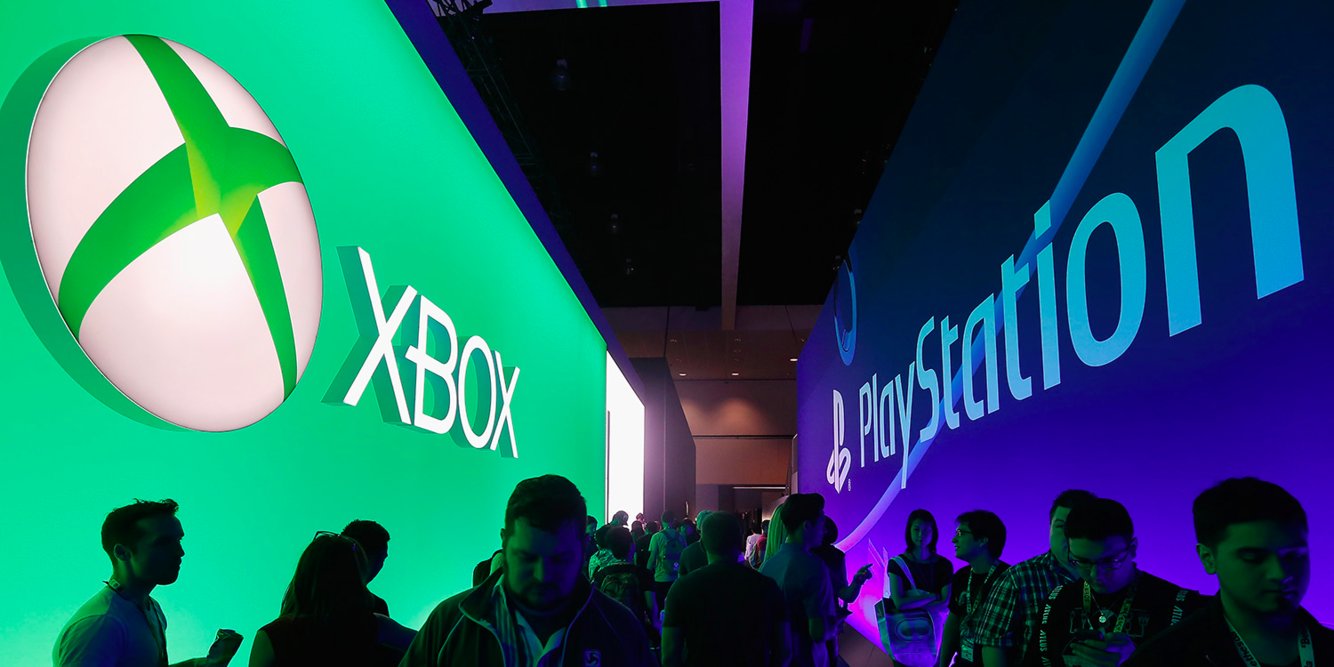 Xbox and PlayStation may finally play nice together for the first time, and it's...

Sooner than you think, at least one major game — "Minecraft" — may allow cross-platform play between Xbox and PlayStation.

So don’t see it so much as a legal issue (ie platforms just being incapable for legal reasons outright). Over just getting Sony to be happy with the idea. And if more developers ask for it, it may help that push.

From all the things I’ve read Microsoft has never been against the idea. If anything its made even open attempts toward Sony in doing this. So Minecraft may soon be a fully cross networked game.

If Sony and Microsoft can get along enough to agree for cross platform play with Minecraft. There is also hope that GoW can do the very same. Though at this time it may just be harder for them. So waiting a bit and seeing how the above pans out can open a huge window for developers and even GoW.

I also read in many ways Rocket League already does this. However, I’ve never played Rocket League so unsure to what extent this may be true, and how.

The thing I was thinking of which might get GoW to resist the idea. Would be the paid players, on either side or who have accounts on other platforms. IE how would a merge affect these paid players? I could see many of them being upset that they created accounts on various platforms for GoW. And now they are all linked, when all they wanted was 1 account. So even if cross networked play becomes accessible I still think it may be something GoW might not do for that reason, and others.

But who knows what the future holds <3

I would like to point out that Minecraft is a very very (very) big game so if it is possible for cross-platform play for them it’s quite likely in the early stages! As we’ve mentioned it is due to legal restrictions for our game that we have to adhere too per platform. Perhaps Microsoft is able to work with other games differently to enable this and it would likely restrict some gameplay elements differing between the platforms.

Either way, I understand your concern and suggestion

support has already responded to your concern in PS4 chat, so hope that helps.

-nods- And if you read I also mentioned ‘So waiting a bit and seeing how the above pans out can open a huge window for developers and even GoW.’ It might make things very easy for others but too early to say. Still its something for the developers to watch and see how it goes <3

As far as legal restrictions. If a game like Minecraft can achieve cross network play. Then its not so much legal restrictions as in outright incapability, over seeing how it can be done within the acceptance of all parties. Though that doesn’t read as ‘legal restrictions’ over ‘red tape to go through’.

And yes in the early stages it will/may have a lot of red tape to go through. And maybe if its productive a lot less red tape later. And even just a easier time for all parties involved in creating such a link.

(As a sidenote I got booted from the PS4 by my sons who wanted the TV. Which I told them they could. So I had to log off there and log to PC. So didn’t get to read any reply.)

As @Cyrup mentioned Minecraft is a really big game (in terms of revenue). What wasn’t mention is Microsoft owes it, so who knows what strong arm tactics/threats Microsoft used to get them to agree.

If they ever allow cross-play for other games, I suspect it’s a ways off.

Sony is much more willing to think about crossplay if the Xbotch isn’t included, understandably.
Several games allow crossplay between PC and PS4.

I couldn’t care less about cross play between PS4 and Xbox one for a game like GoW (maybe other multi player games like CoD etc sure but not GoW). I think the vast amount of people that would like to see cross platform support is the console players getting support on Mobile (which doesn’t sound like it will ever happen so i’m not even thinking of it as 1% possible at this point)
Cheers