What you were expecting to happen, and what actually happened?
I expected to hit 2x damage after the bat hitting HP.
What are the steps to make it happen again?
Happened after throwing his ability too.
Do you have any screenshots or video you want to share with us so we can see the problem? Attach them to your post!

Cursed isn’t “damage”. It reads “All enemies lose 2 random skill points”. In this case it reduced the lead troop’s current and max health by 2, so when you matched skulls it checked “Current is 18, max is 18, troop isn’t damaged, don’t double damage”

That makes sense.
Still got the same glitch after throwing his ability, I `ll get on video too later.

I’m pretty sure I’ve seen bloodsucking activate due to cursed, and am also sure that Tacet talked about that very thing in a video I watched a long time ago.

In the video, you can see the colour of the Goblin’s health numbers change from white to yellow when cursed activates.

Hmm, cause that is the only thing I can think of for why it didn’t trigger

Well, with further testing the trait do trigger after the ability normally.
Maybe I was paranoid lol, but it won`t after cursed like @Rasper said.

That’s interesting. There must have been a change in the last year or so:

How can a Crimson Bat do 15 damage per enemy? Gameplay Chat (PC/Mobile)

I just played a game where Cursed hit my opponent’s health, and the Bloodsucking trait kicked in immediately.
First screen is just after my 4-of-a-kind skull match did 80 damage, second screen I catch him in the act of doing 78 damage with a 3 skull match. 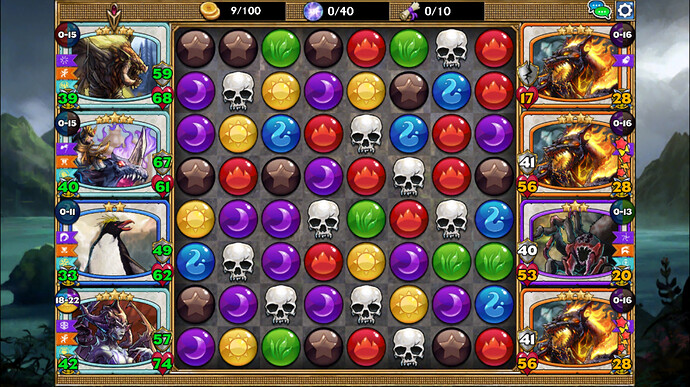 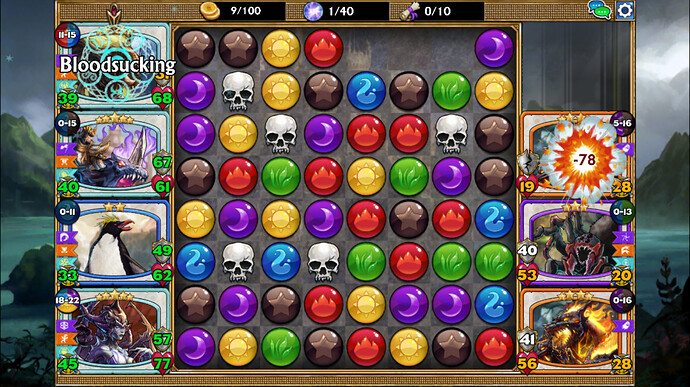