Lifting the cap would make it too easy to get to 5 stars when there are 14 or more troops in some kingdoms.

@Nimhain @Sirrian @Saltypatra @GoldPhoenix0 @Alpheon We are currently on day 3 of GW on xbox one and we already got 8 points for day 4. 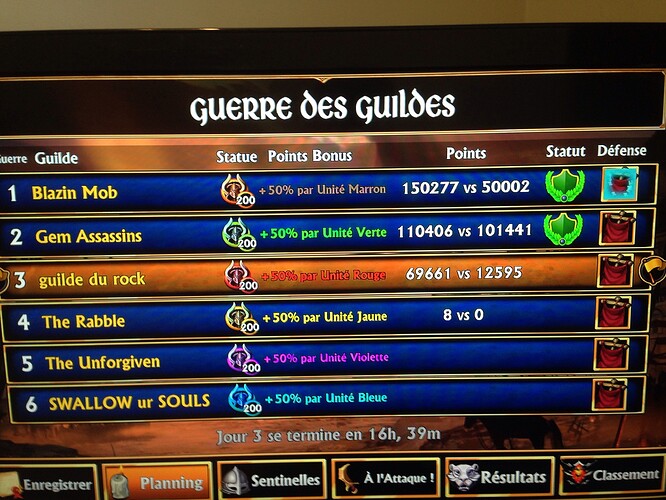 And a guildmate Winkles already got a lost for day 4, how is it possible? 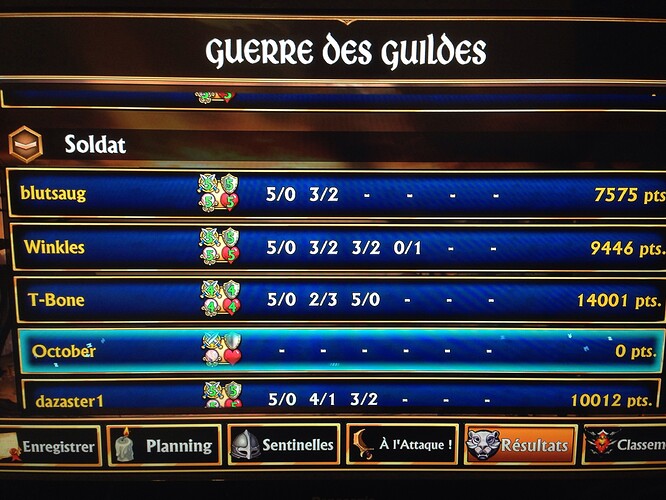 Yep, Known bug. We have one too. You get a few points and one player looses a daily battle. Should be fixed before Crafting arrives.

What the heck! look at that schedule you guys have one or two difficult days. Good grief. Why didnt the developers just match you guys against Bracket 100 teams…

Lol we don’t choose who we fight

Same here. One of my guys fought stonehammer on ps4 earlier too 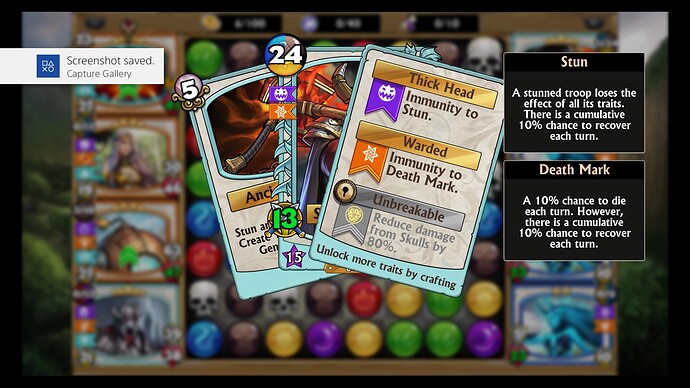 No idea but one of the guys just said they fought stonehammer weeks ago too.

He is doing an class quest I had this as well I believe in the titan quests.

No, Stonehammer has been in the pool for well over 2 weeks now (last update). Nimhain hasn’t said one way or another what it will be, so we don’t know yet…

He is doing an class quest I had this as well I believe in the titan quests.

Nimhain said the plan is for Ketras the Bull to be the next mythic for consoles, obviously this can change.

Where did she say that? I searched her posts for “Ketras” and I don’t see anything along those lines.

I have no doubt you’re correct, though. They’ve always released the mythics in the same order as PC/Mobile except for when the spells were glitched and they had to wait for an update.

Edit: if she was replying to a question and didn’t name him in her response, my search wouldn’t have worked.

I saw it Stan, she said old Bully Bollocks is the next one.

searched her posts for “Ketras” and I don’t see anything along those lines.

So since we're in 3.0 patch (CONSOLE) when will new mythics be introduced?

At the moment yes

I hope I linked that right.

We are trying to catch you. We will one of these days Lol

Best of luck to you guys, we always like some challenge