Can't collect any rewards in the mail on PC

What you were expecting to happen, and what actually happened?
I was expecting to be able to collect my guild task rewards (there’s the little yellow exclamation mark in the mail icon) and using my android phone I can actually see the mail with the rewards). It immediately says there is no mail on PC and then defaults to this error that forces me to terminate the game and restart (after which the same sequence resumes if I try to collect mail).

What are the steps to make it happen again?
Just try to open any rewards mail I guess. Steam did download a massive update for Gems of War just before I started the game at around 13:45 CET (maybe that’s related to this issue, because I can collect my rewards on Android (I just did that to test it). I played quite a bit yesterday on PC, so the update was definately new today and not some older update…

I experienced this as well - PC via Steam

Same here, I’ve submitted a support ticket but I’m experiencing the exact same issue as you. 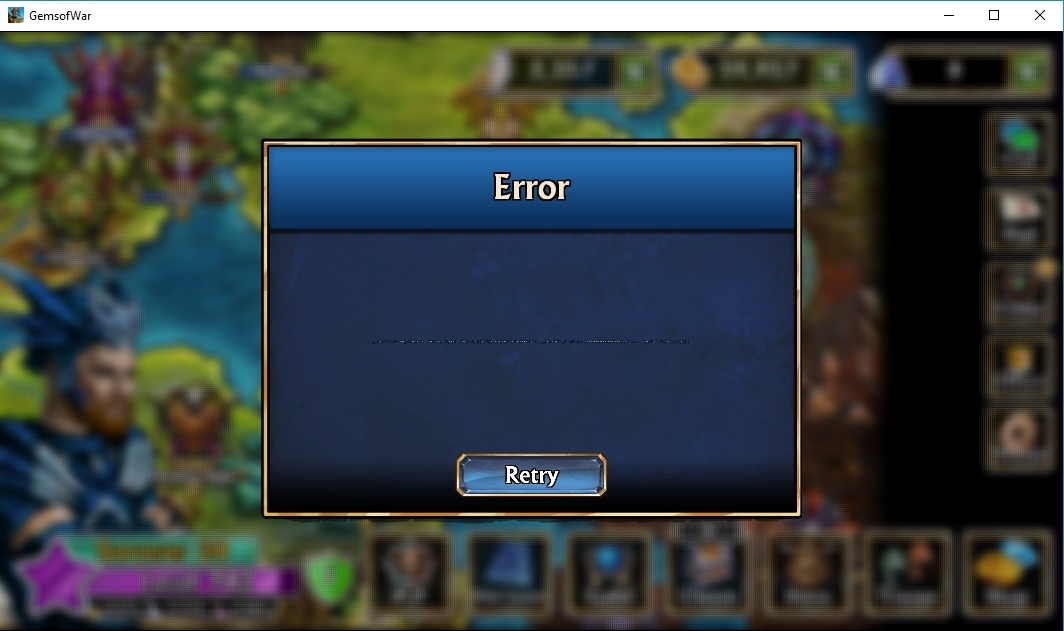 Same here… opened a ticket and posted this:
http://community.gemsofwar.com/t/no-mail-found-then-persistent-error-message-on-pc-only/27571

BTW… you can still collect your mail on Mobile.

We have found the issue and are in the process of deploying a fix out. When the fix is out your mail should show correctly and should be able to collected it without issues. This fix should be completed in the next 30 minutes to 1 hour.