I select a pvp match in normal or casual. The start graphics happen…then this 'connection lost ’ message. Except the connection is not lost. Restart the game. Rinse. Repeat.
iOS - iPad Air.

EDIT - It seems it is only happening when the new troop - Merchant Prince is in the team ! 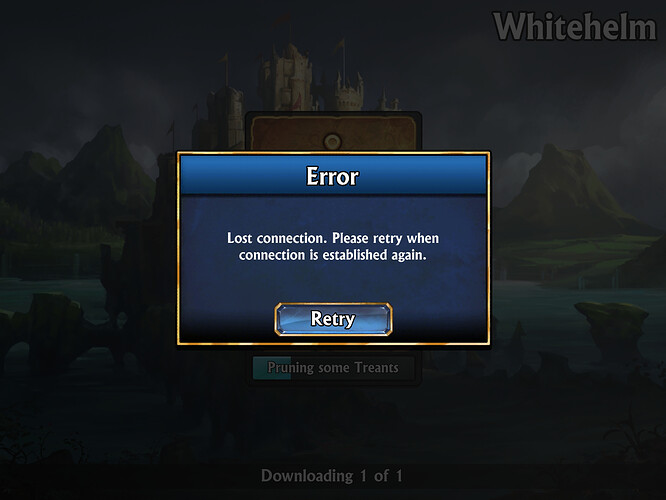 Have you traited the prince at all?

I can now play a pvp game with him in the team but at the end (when I have won) the error screen comes up before any reward screens.

Just pushed out a fix for this! Was only an issue on mobile. Thanks for letting us know so fast!

A fix has just been deployed for it apparently. (source: Salty on discord)

Thanks - you are the best

I got you for a change!

I just tested that out, and it should be downloading fine now!