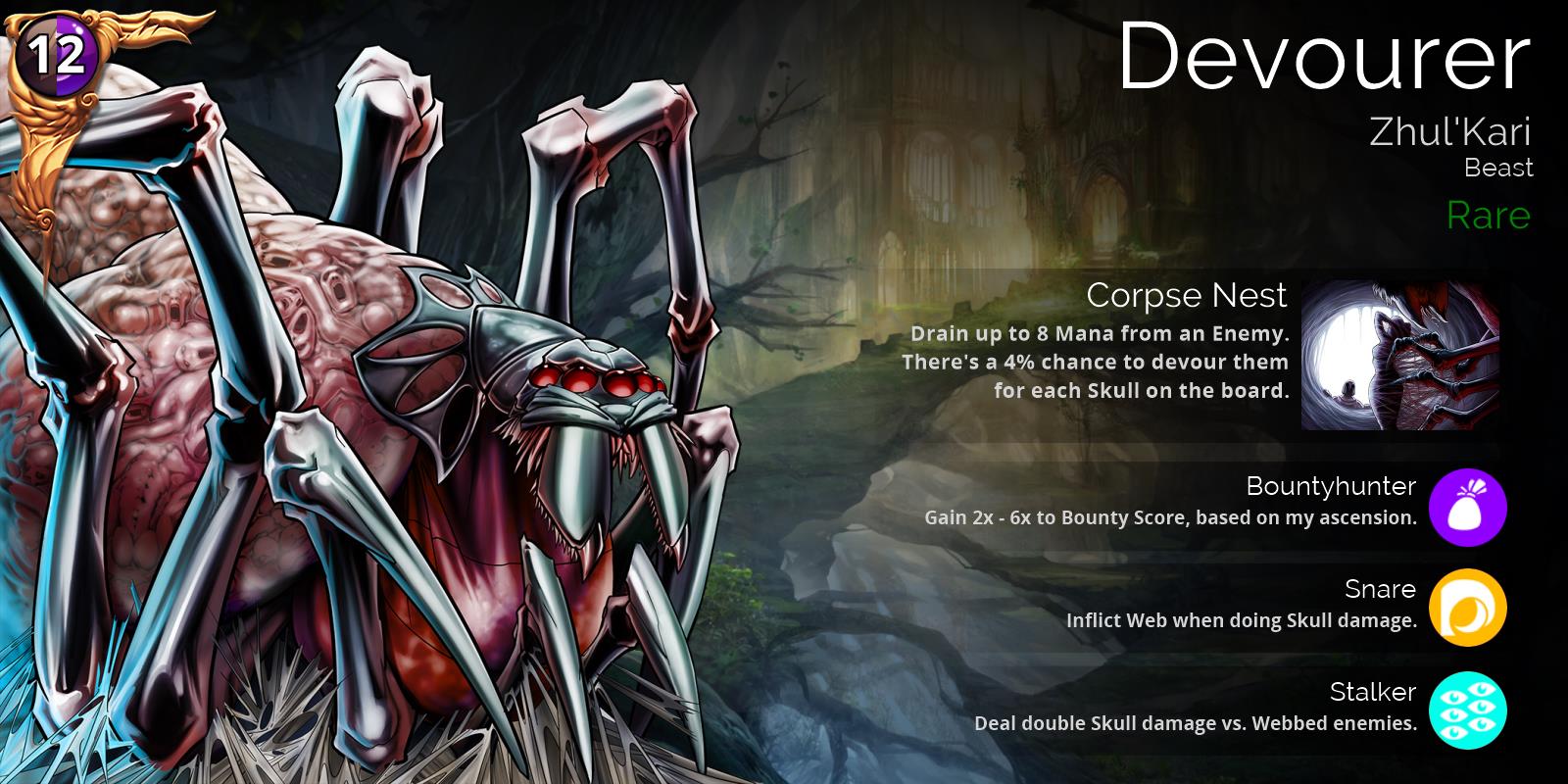 The Devourer from Zhul’Kari, is this weekend’s Bounty Captain.

The Devourer will be available in the Bounty Shop, and will appear in Gold, Glory and Guild chests in 3-4 weeks’ time.

Apologies again everyone that these are still not auto posting.

I have the impression that Devourer inflicts web even before doing skull damage, therefore dealing double skull damage in the first skull attack. Is this how it’s intended?