Didnt see a blue defensive weapon for the hero, all defensive weapons are either red or brown…
I need a blue weapon for my hero because its the only color i got left to place in my settled team but instead am forced to put a card like crimson bat in my team while it doesnt have good synergy at all…

Would be great if there was a weapon being blue/red blue/yellow blue/brown blue/green that raised armor or gave health or something, or both’ to a troop.

(im on ps4 btw, theres been special weapons released before so would be cool)

edit: kay screw it ill give an example of what would be cool (im sure im not being original here but still)

Name: (totally random i swear) Builder potion. (drink it and you can build barricades faster than a gnome army) cost: 12 blue/brown
effect: grants 5(+magic) armor and life to a single troop.

Shegra’s Heart, Withering Touch, Serve and Protect. No clue if any of those are in PS4, but those are future ones if they currently don’t exist yet.

Sheggras only cleanses, withering touch only heals self… never heard of serve and protect tho.

Fire and Ice does full AoE. The problem is that many of the old weapons given out through events are not obtainable by newer players.

Fire and Ice. Old event weapon, missing it too. Hope it eventually makes it back into a glory pack.

I forgot all about Fire and Ice.

They are supposed to start rolling out event weapons soon.

hmm, that weapon does look somewhat interesting but tbh i wouldnt want to replace the card i have on first spot cause he gets a magic bonus for being in 1st spot hehe. Also, serve and protect seems to only graint yourself armor and i rather would have a card that can 'give armor to a single card. (to keep it balanced, i mean i already know about alastair and paladin obviously but those give armor to everyone at the cost of manipulating the board wich is very risky on higher difficulties and obviously not a weapon so still doesnt make me able to use my hero, wich is the main point of this request hehe)

Dang, this post lagged wierd on me. It showed no responses, when I typed this, and is suddenly more than a day old with tons of answers. Time to see if I was abducted by aliens!

There are still working on updating the Wiki, but
Serve and Protect unlocks form the knight class.

“Serve and Protect - 14 Blue Mana - Gain 6 Armor, and move to the front of the team. All other Allies gain Barrier.”

There is magic scaling on that armor gain. 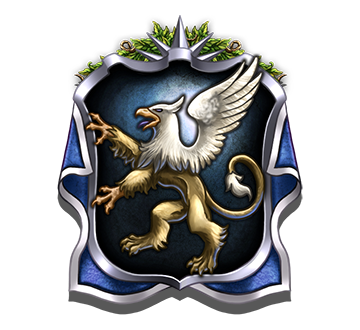 Knight is one of the Hero Classes. It can be unlocked by finishing the class quests at the end of the Quest-chain in Sword's Edge. (only one can be active): 10 victories: Full Plate - The Hero gains+8 Armor., 25 victories: Undaunted - The Hero...

I dont beleive hero classes are a thing yet on ps4.

I dont beleive hero classes are a thing yet on ps4.

They are not yet.

Name: (totally random i swear) Builder potion. (drink it and you can build barricades faster than a gnome army) cost: 12 blue/brown
effect: grants 5(+magic) armor and life to a single troop.

This sounds similarly to a future weapon already available on PC/Mobile, unfortunately it is Green/Yellow, not blue as you would hope. It’s called Yasmine’s Chalice, and it also has a chance of an extra turn to top off it’s stat boosting.

In the mean time, I’d recommend replacing your Hero with Templar. He fits the color and half of the effect you mentioned. He’s also a red to green transformer, so depending on when you use him you could guarantee an extra turn. (His traits also aren’t half bad.)

just dont use him on console version hero is currently trash tier.

hmm, that weapon does look somewhat interesting but tbh i wouldnt want to replace the card i have on first spot cause he gets a magic bonus for being in 1st spot hehe.

If you’re talking about “leader”-trait this shouldnt be a problem. The 1st troop gains +3 to all stats at the start of the match. Doesnt matter if you switch positions with hero later, the former 1st troop will still keep the buffed stats.

Yeah my team is coronet, templar, rowanne and fourth card currently using crimson bat but hoping to get a better purple/blue or red/blue to replace it wich has synergy(team bonus etc) with either rowanne or coronet.

Love the team. Before that i used to roll with gloomleaf/celestasia/skeleton/ragnagord. But ive played that so long im bored with it and honestly my coronet team suplexes my old team through a concrete floor.

I did not know that, thats interesting… but the reason i want to be able to give one card armor is because im using rowanne whos damage increases with armor, templar works too but i havent used my hero card in ages and wished i could…