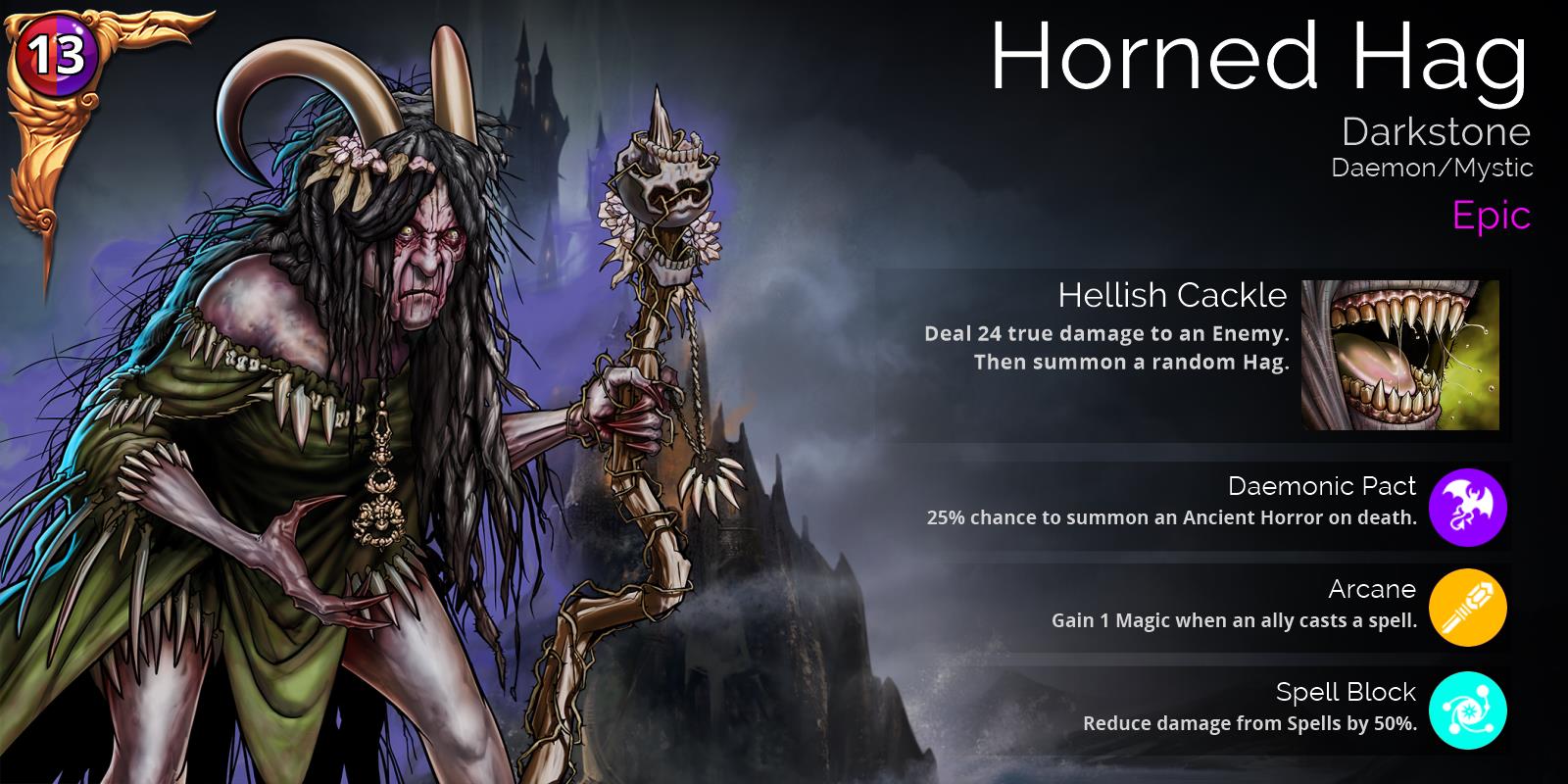 The Horned Hag will be available this week for 400 Glory in the shop as well as in Event Chests, and will appear in Glory, Gem, and Guild chests in 3-4 weeks’ time.

There are 6 battles that players can encounter during the event: Hag, Plaguecrafter, Sister Ebony, Night Hag, Sycorax, and Horned Hag. The first 5 battles are randomly chosen, but they all have an equal chance of appearing on the map.

The battle against the Horned Hag will only appear after the player wins 4 of the other battles. However, her battle will not hang around; if you don’t fight her immediately, she will vanish! Either way, after that, all battles reset, and you’ll need to fight another 4 to spawn the Horned Hag again.

Each Treasure is worth 3 points, and each Crystal is worth 10 points.

King Heliodor, Waterborn Priestess and Stoneborn Lion will become available as possible drops from Glory, Gem, Guild (at correct Levels for their rarities), and VIP Chests after weekly reset. They will also appear in Event Chests during Nexus event weeks.

Jeto - Apologies I accidentally missed the 1 in 14th when this was set up, so some of you eagle-eyed players maybe spotted this earlier this month.