Which leads me to an idea that I can’t figure out on my own with lack of experience with the game. Does anyone know of a team that has consistent results so we can use an auto tap app? It would be awesome to just set a program to do battles, let it run for a half hour, come back and be done. Closest team I can kind of get is 3 Fire Bomb and Sunbird. But I can’t get consistent enough to have an auto tapper do it without any interaction. Other team I know of is Roweanne but also not conistent enough to setup an auto tap program.

You surely know that what you ask for is considered cheating and earns you a ban?

P.S. It is enough to get 7 battlecrashers per day do earn all free rewards, you don’t have to get 10.

The game has an in built auto battler for explore. This is the only way to auto run battles without getting banned.

Thanks, I had no idea it would be a ban offense! Last game I played we used it all the time.

Yep, built-in autoplay is the only legal option (under circled triangle on upper left corner) but you’d have to manually start it for every battle and, once battle ends, it stops automatically so it wouldn’t be much of a help for you. 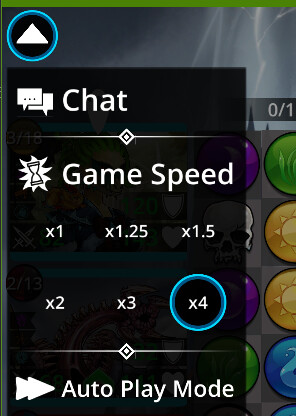