Aussie math is different than everywhere else?

Seriously it must’ve taken some work to tell a computer to either round down on .5s or to ignore them entirely.

Example is 21 attack hitting someone with 50% damage reduction.
Anywhere else in the world it would equal ELEVEN. Because 10.5 rounded is ELEVEN… not in this game, it’s 10…

The figure obviously has to be rounded up or down, does it really matter? I doubt it. Why not just enjoy the game for what it is? All the negativity isn’t needed is it? If you have so many problems with the game you could always just not play it

Yea it does have to be rounded… why round it off WRONG??? did you pass grade 4 math when you learned how to do it properly???

I have numerous qualifications in mathematics but that is besides the point. Like I said, it has to be rounded off one way or another, it really doesn’t matter, it is a game

No there’s a right way to do math and a wrong way.
You may want to believe the devs do no wrong but I’ll stick to calling them out on errors.
And it does matter when you have a close fight and lose by 1 or 2 hp

What did you expect from a game that lets you set a Fire Bomb, Sunbird, and Infernus on fire

Actually there are many different valid rounding behaviors, and what you get can depend on how you go about rounding.

In C#, you use Math.Round(). Its default behavior is to use “Banker’s Rounding”, which rounds to the nearest even integer. That means 10.5 rounds to 10 and 11.5 rounds to 12. This behavior is more “fair” over the spectrum of numbers, because technically if you “round up at >= 0.5” you have a teeny-tiny bias towards rounding up.

So the current rounding behavior works in your favor that extra 1% of the time, you just picked out a specific instance where it works against you.

You can believe what you want, but there’s a reason it’s called “Banker’s Rounding”.

The game is also a program, and therefore can follow this rule with no problem.

Hey everyone were gonna use the ONE instance that will make you scratch your head in confusion… Because it’s a program.
I would sooner accept that they just ignore the decimals.

Would your experience really be improved if it was rounded up and your troops would deal one single extra point of damage? Please take your time to develope your answer and prove your point.

Seriously it must’ve taken some work to tell a computer to either round down on .5s or to ignore them entirely.

Example is 21 attack hitting someone with 50% damage reduction.

Anywhere else in the world it would equal ELEVEN. Because 10.5 rounded is ELEVEN… not in this game, it’s 10… 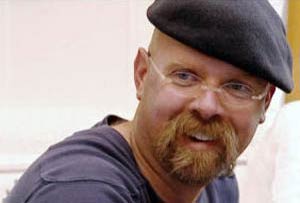 Like stated earlier. IN CLOSE FIGHTS WHERE IT’S DOWN TO THE LAST 1 OR 2 HP YES IT WOULD.
Ffs is it so hard to read???

Like stated earlier. IN CLOSE FIGHTS WHERE IT’S DOWN TO THE LAST 1 OR 2 HP YES IT WOULD.

You are just saying that it is because it is on some single and maybe rare events, you are not making very moving arguments over a minor detail.

Perhaps, just maybe, it isn’t an error. Perhaps they’re truncating intentionally rather than rounding. Or perhaps it’s actually an error. Or perhaps even math is different in the land down under. At least it’s not rounding differently for players than it is for the ai.

After reading a number of your posts the last few days you might consider taking a break from the game - you’re clearly reaching a boiling point. And if a game causes that much angst & isn’t fun, well that’s for you to decide what to do about that.

At least it’s not rounding differently for players than it is for the ai.

I was actually waiting for the his/hers answer to point this: If the damage is rounded down it still works out in the player’s favor as it can make a troop survive long enough to finish the battle. It doesn’t matter how it’s rounded (up or down) as long as it behaves exactly the same eveytime for both sides.

His. And no I’d rather it rounded up for both.

And no I’d rather it rounded up for both.

So you agree that it’s still fair, but you just want it to be rounded up?
Why, do you think this matter so much? How much this change can improve the game outside of the “because i want it” factor?