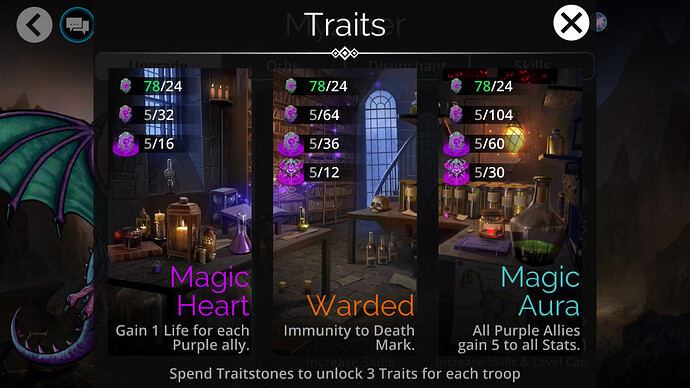 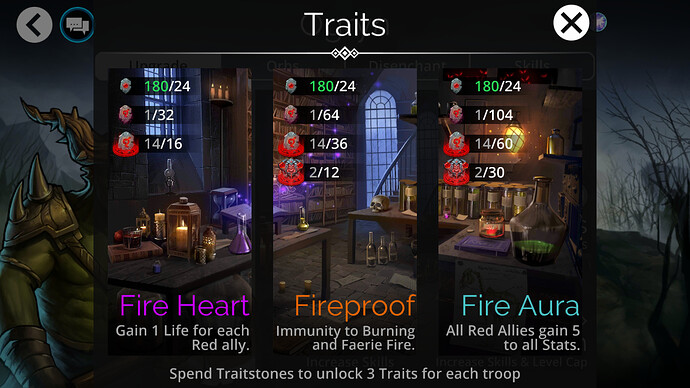 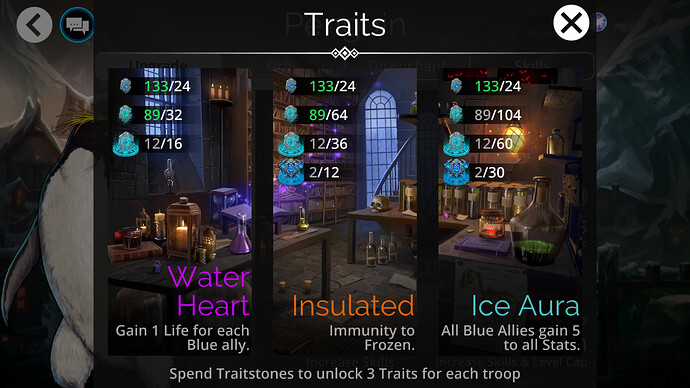 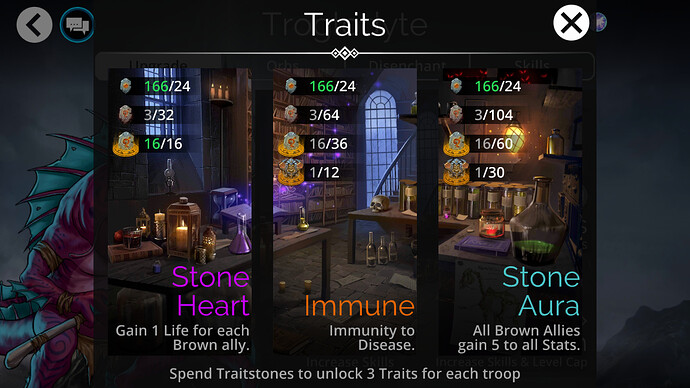 What you were expecting to happen, and what actually happened
The first skill of common rarity troops is for all of them 10 minor trait stones and 4 major trait stones with exception of the guardians, but there are 4 troops which cost significantly more for no obvious reason.
The first skill for all rare rarity troops is higher than common rarity troops, but it is always the same and I checked that for ultra-rare as well… Probably the same is true for second and third skills… There is a consistent pattern, but these 4 troops do not follow that pattern, so I suspect it is a bug in the game balance. I am not sure if I remember the names correctly:Trodoglyde, Penguin, Aurai and a bat with a name I don’t recall… Looks a bit like a Golbal from Pokemon.

How often does this happen? When did it begin happening?
consistent issue

How to reproduce:
Just try upgrade of these troops and go to skills… And compare with other common rarity troops.

Those are the guild war reward troops, and are meant to be much more expensive to trait.

You forgot Peryton and Aurai. Yes, they are not very “common” troops, and their traits are powerful, that’s why they are expensive.

Yeah they take a while to trait, Ogryn sure is worth it if you use him with 2x fire bomb & sunbird.