New Mythic Troop: Huanglong Huanglong will be the only Mythic Troop available in Glory, Gem, Guild & VIP Chests for the next 7 days. 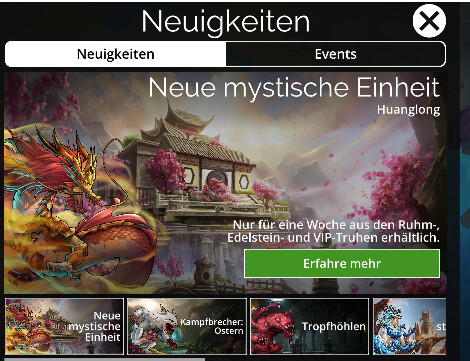 There was a guy here a while back- maybe about 6-7 months ago and they translated something wrong and he went ballistic. He was so outraged he went as far as calling the developers, crooks, stupid, and all types of crazy stuff here. It was crazy and hilarious at the same time. At the end, as far as I know it’s still mistranslated but it was great watching him flip out.

“Yellow Dragon” if we translate it literally from Chinese. Yellow color in Chinese is the color of Earth, and Earth is the central element in their natural philosophy. That’s why Chinese treat yellow color as royal.

This troop has the laziest lore ever. The lore panels used to be deep, fascinating. Now it just says what the spell does and part of the name of one of his traits. 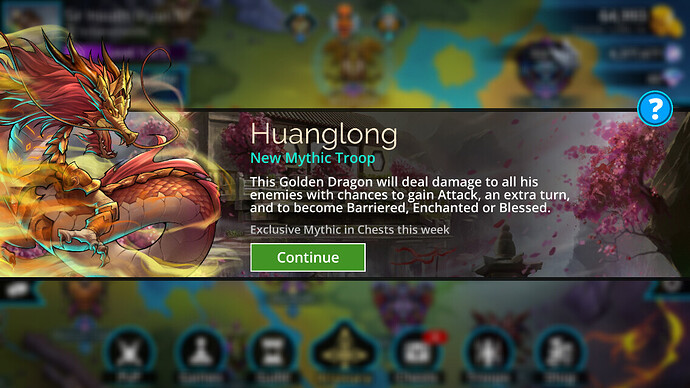 I think it was @Sirrian who wrote wonderful descriptions of mythics. But he left the project in 2018, as we can see by absence of Krysaran lore since then.