You beat me to it.

Would be nice if the defense team stopped randomly changing back to team 1. I decided to just make team 1 my all-purpose defense since it seems impossible to make it save.

Not sure if its new to update or not but i assume so.

There is a major bug in arena. You can now arrange troops. So after i switched the hero weapon and went to put in the last spot a picked troop disapeared and i had two heroes… So i tried to recreate as im playin on pc and didnt get pics. I moved a hero weapon over a picked troop and this: 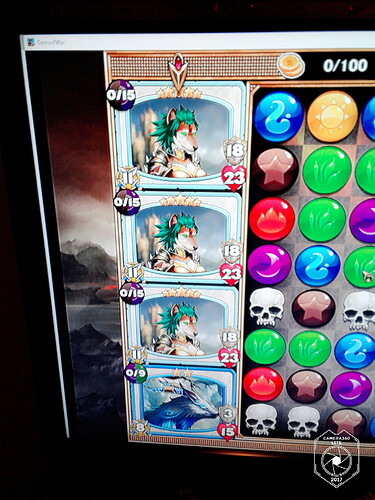 One of my guildies reports that all his new mail comes in already open before he even has a chance to click on it. PC 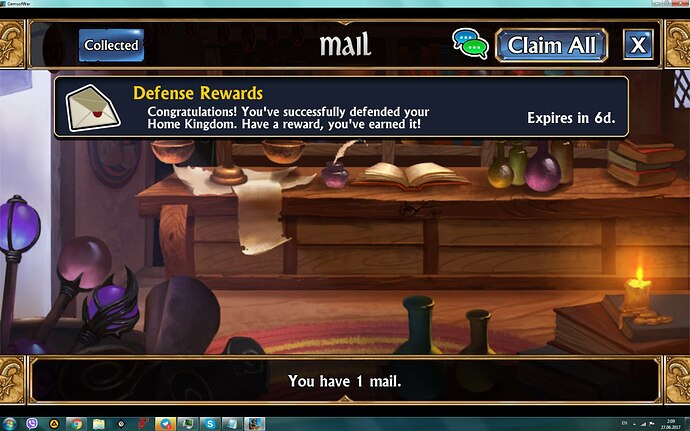 I’m sorry if anyone has already mentioned it and I’ve missed it!

Ok. I seen if it would do it to all four and it did… I havent played a match like that and i wont because it feels a little cheaty to me… 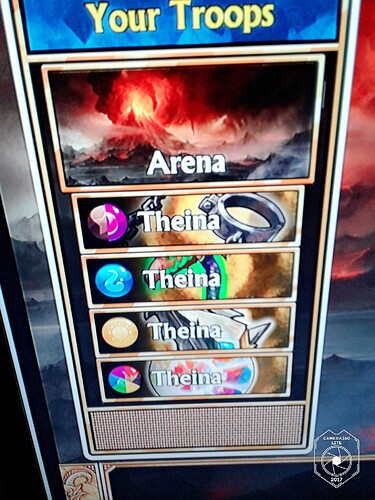 PC: my guild mates report that they cannot see the guild chat ‘banner text’ i set via mobile (android)

it is visible on mobile

My wife and I are seeing the same thing… Tribute is way less on PC then it is on mobile.
Could be coincidence of course, but I would look into it, just to make sure.

ETA for Unity on mobile?

my tributes on PC dont show up at all unless i force them to:

edit: @madking im honestly hoping they wont just rush it for mobile, if it gets as heavy and bugged as pc the phone users will be doomed ( i know the 4x is very needed feature but at this point i fear that the game may eat so much ram -or wotn run at all- that it wont be playable to begin with)

I have yet another bug.

When I start the GW battle the game crashes MID game leaving me with a LOSS. I cannot play GW because of this and I want those 2 loses back. I’m starting to ask myself why you have put this patch out with so many bugs ??? And I would like a dev to respond. How can I play this game if it’s full of bugs and getting my stats down INCLUDING my guild stats>???

Sorry if I sound upset because I am.

@madking we don’t have an official eta. Once we will do I will make it more widely known.

@Flip, unfortunately we cannot change Guild Wars results due to the way the outcome is calculated. If you are still experiencing these issues the best thing to do it contact our support team so we can look into it further for you.

There were unforseen bugs that popped up when the Unity update went live that we are working on fixing as fast as possible.

Guild shop is not available, please fix that Support

[image] I didn’t buy these this new week, but it showed me “Owned”…

I can’t do guild shop purchase on STEAM and iOS.
I didn’t buy anything these week. That’s something wrong. 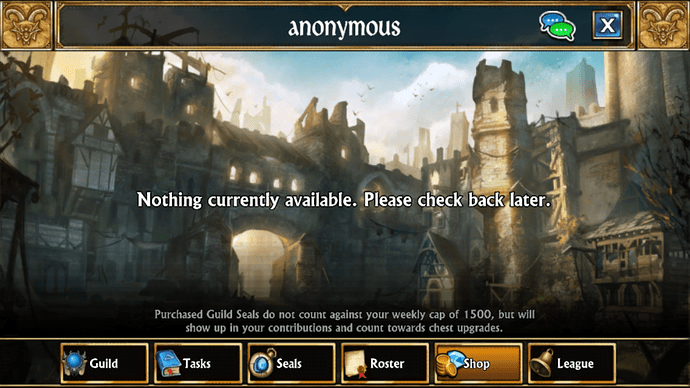 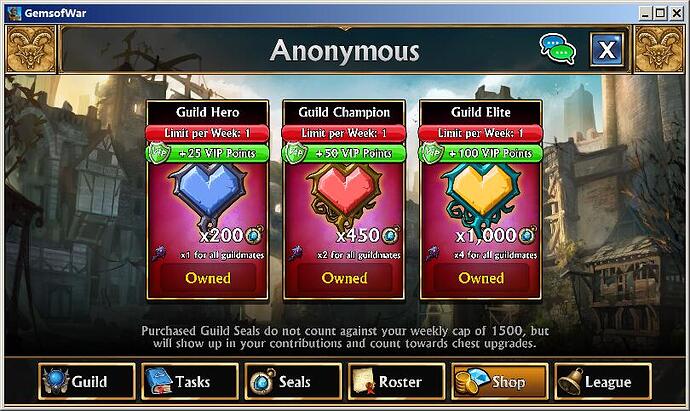 There have been multiple reports under the support heading about users donating to guild tasks and it not counting, with no Dev response. Any word?

We fixed this issue last night. Contact support to have the missing guild compensated.

I submitted a ticket to support, and advise others to do the same. In the meantime, I’ve gotten two completed guild task rewards, so it’s either working again or not affecting everyone equally.

I’ve sent the ticket about guild shop, but still no reply. Any news that will fix this week?

We are looking into it now.

I have noticed that also that the GW battle crashed MID the game, and you get a los. Not fair for the player and the guild. Because it is NOT his fault that it crashed. It is stupid that gams of war this batch releases with so much bugs in the batch.